CDOT: Expect closures to extend through the night 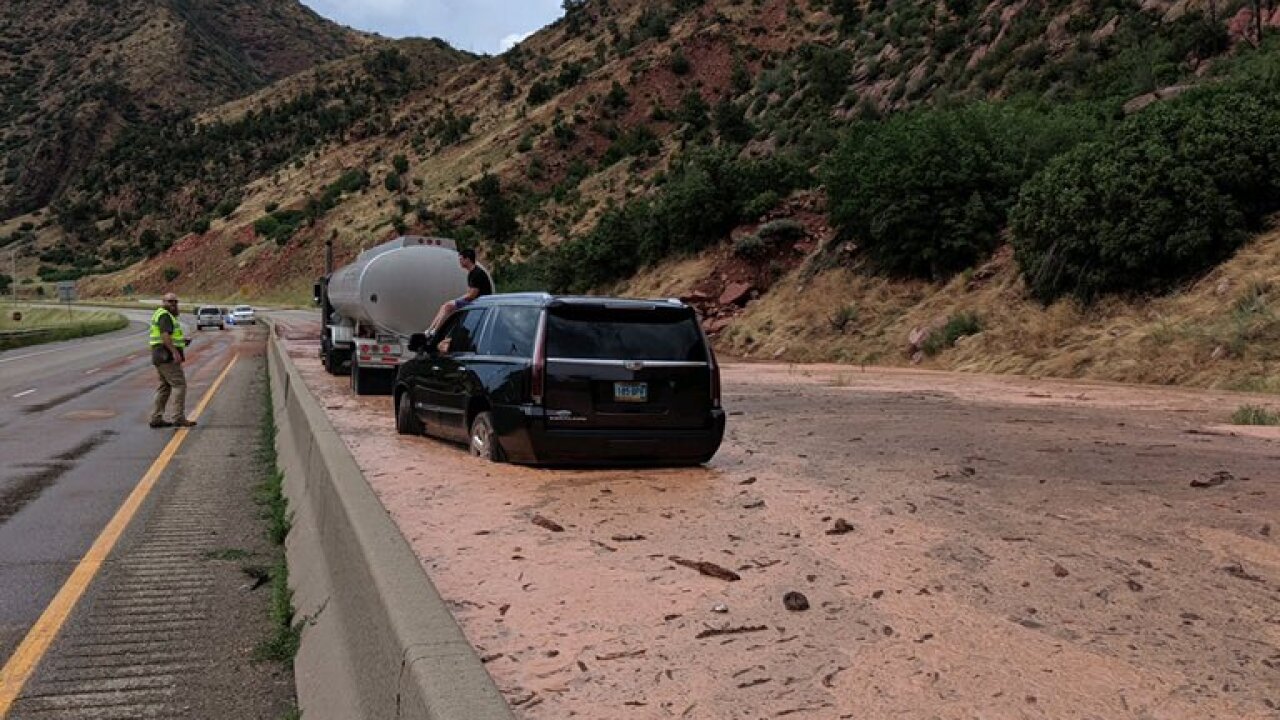 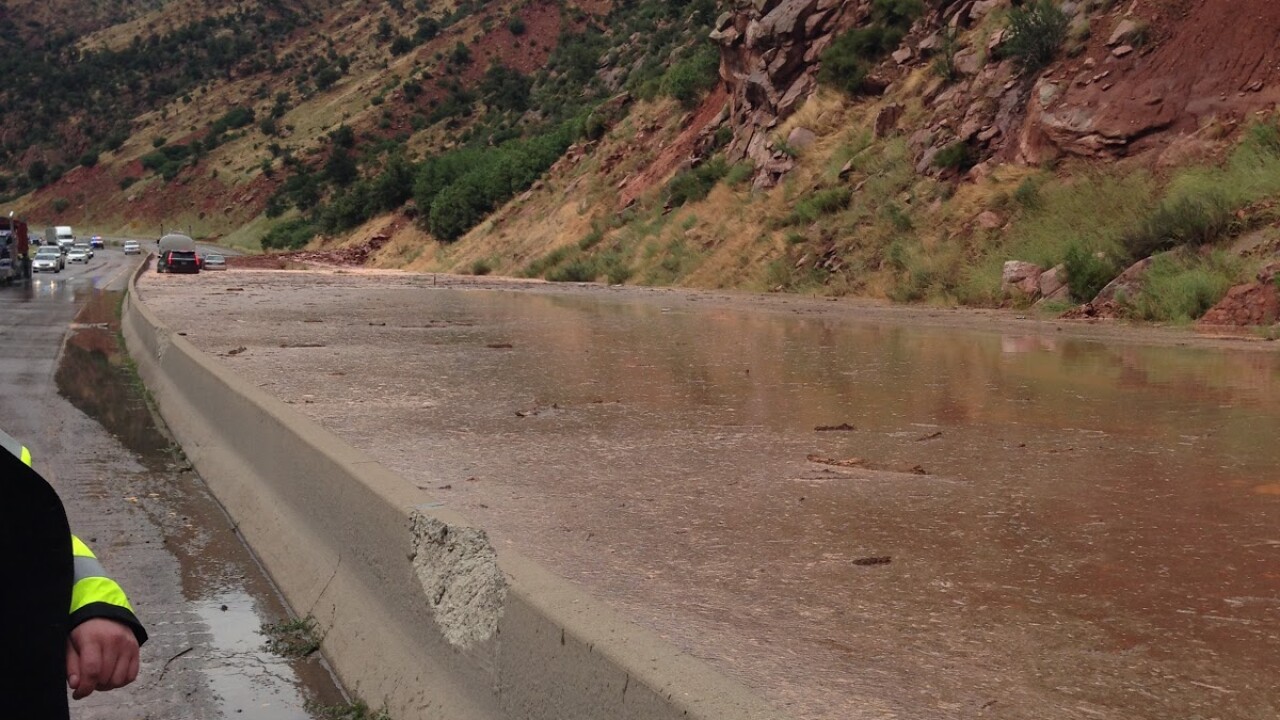 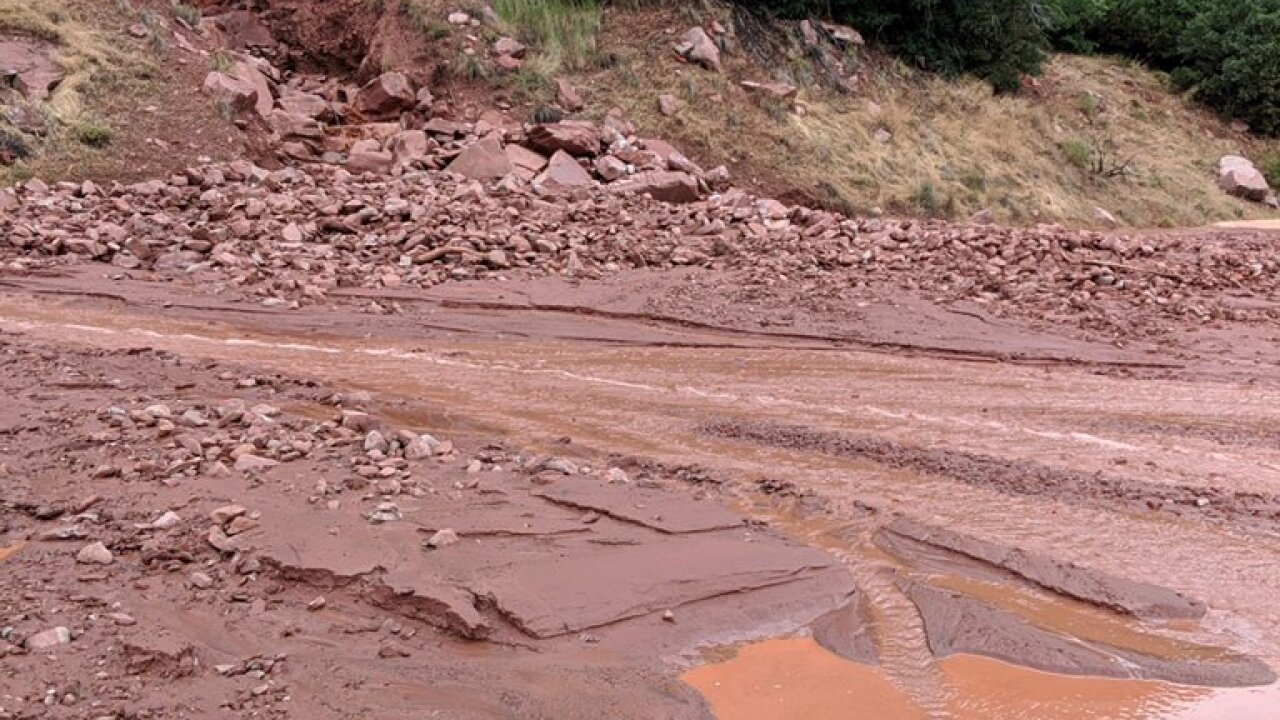 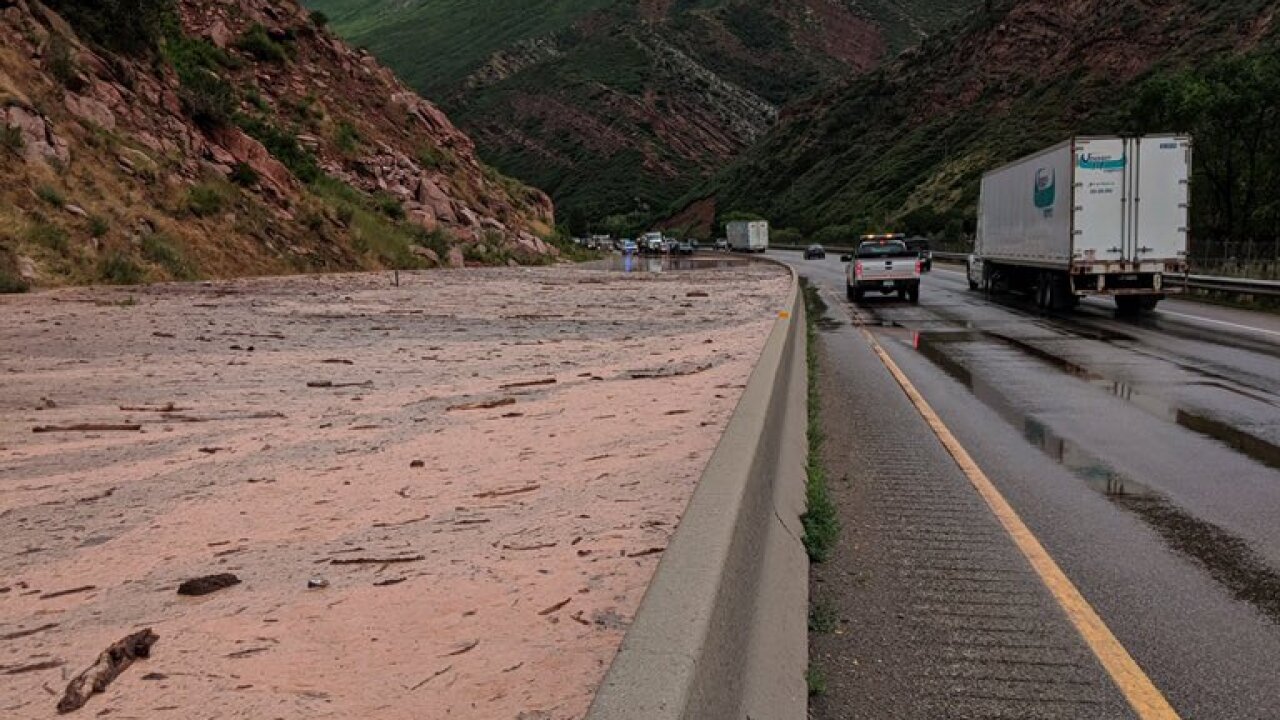 GARFIELD COUNTY, Colo. – Crews continue clean-up efforts along Interstate 70 after a mudslide shut down the highway in both directions during rush hour traffic Friday afternoon, but all but one of the lanes were re-opened by Saturday morning, officials said.

CDOT tweeted about 6:30 a.m. that westbound I-70 was limited to one lane, west of Glenwood Springs, as crews cleaned up mud and debris on the closed right lane and the shoulder of the roadway.

Just after 10:30 p.m., CDOT had said the eastbound lanes of the interstate were open at New Castle, but advised drivers to expect traffic to move through the area at slower speeds as crews continue to clean up the mess left by the mudslide along the westbound lanes, which continue to be closed for travelers.

Pictures from the scene taken by the Colorado State Patrol show mud over halfway up the concrete center barriers in places. Troopers said all vehicles that were stuck in the mud were recovered, adding crews are now working with loaders to clear the roadway.

UPDATE WITH DETOUR MAP (7:20 p.m.): Eastbound and westbound I-70 is CLOSED between Chacra (MP 109) and Dotsero (MP 133). Motorists should expect an extended closure with the possibility of lane closures remaining in place through the night. pic.twitter.com/5hSDqrItvd

"CDOT is urging motorists to avoid traveling on I-70 and seek alternate routes via southern or northern highways," state transportation officials said in a 9 p.m. news release. They also encouraged local traffic to stay off the interstate and use local US and state highway in their areas.

Check our Denver7 Traffic Page for ways to get around.