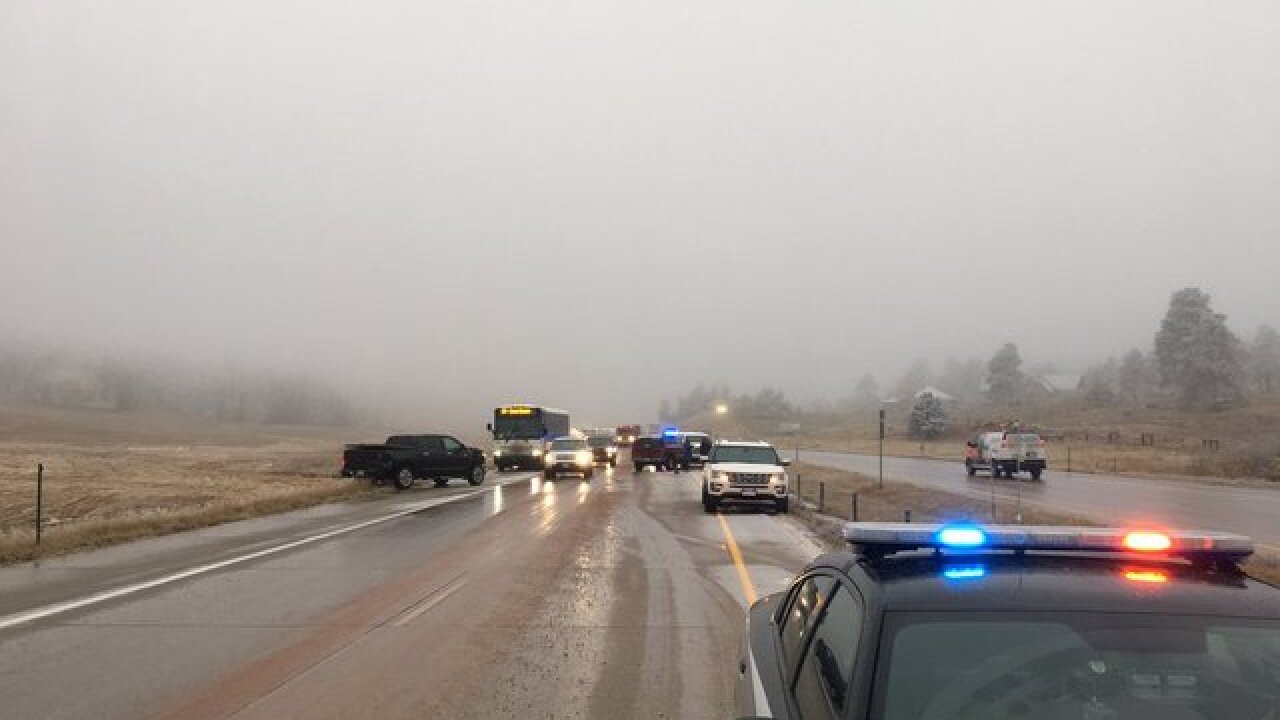 Colorado State Patrol
<p>Icy roads made for a tough commute for some in the foothills and mountains Wednesday, causing crashes and shutting down roads west of Denver. (Photo: CSP)</p>

DENVER – Icy roads made for a tough commute for some in the foothills and mountains Wednesday, causing crashes and shutting down roads west of Denver.

Eastbound I-70 was shut down just before 8 a.m. at the Central City Parkway exit just east of Idaho Springs after a crash involving a semi carrying fuel.

Westbound I-70 was briefly closed between C-470 and U.S. Highway 6 because of a downed power line shortly afterward, but reopened by 8:20 a.m. Detours are in place for both incidents on I-70, but the Colorado Department of Transportation says drivers should expect delays.

Several vehicles were also involved in crashes on Highway 285 at Turkey Creek Road near Tinytown due to icy roads, Colorado State Patrol said.

Trooper Gary Cutler said that two RTD buses were involved in three total crashes on 285. There were 30 passengers total aboard the buses, but none of them were injured in the crashes, Cutler said.

Cutler said there were seven total vehicles involved in the three crashes and one person was transported to a nearby hospital with unknown injuries.

Rain and snow are expected to continue across northeast Colorado and the mountains Wednesday and will continue to create slick road conditions. Some mountain passes have vehicle chain laws in effect as well.