Fatal crash closes eastbound lanes of I-70 near Genesee 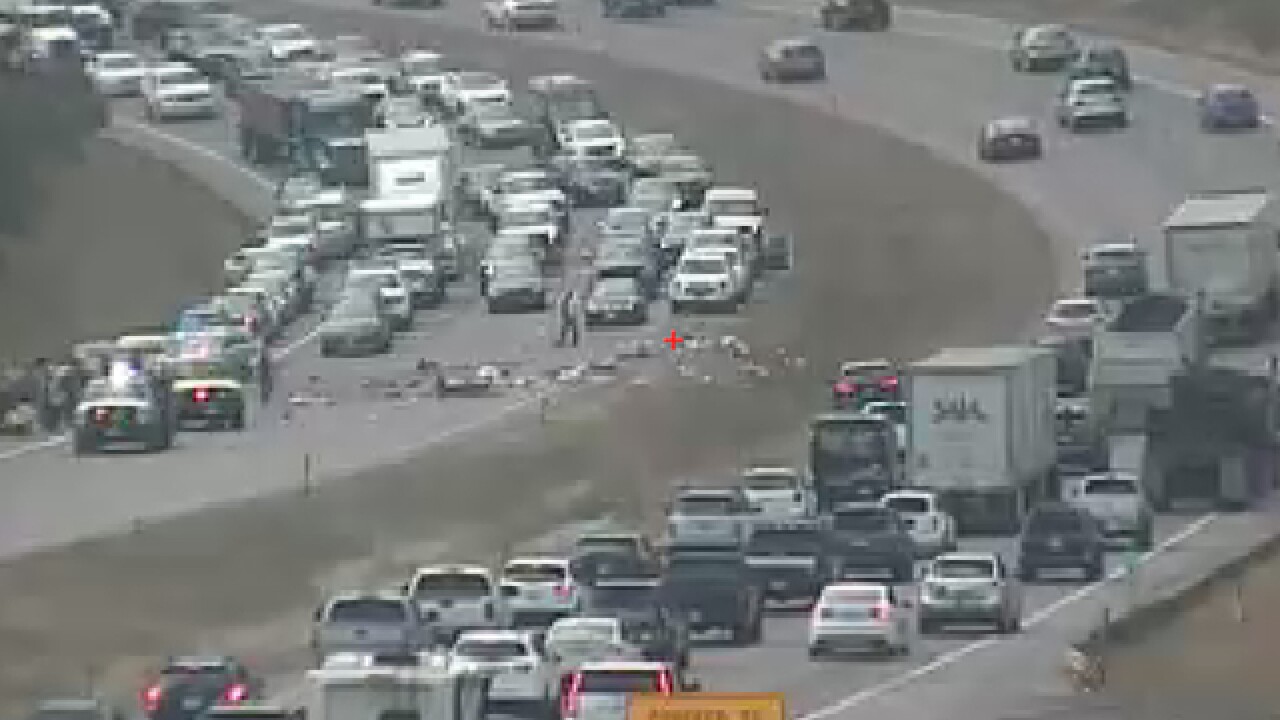 CDOT
<p>A crash along I-70 near Genesee closed all eastbound lanes of the interstate Monday shortly before 3 p.m.</p>

IDAHO SPRINGS, Colo. – A crash along I-70 near Genesee killed one and closed all eastbound lanes of the interstate Monday shortly before 3 p.m.

The rollover crash, which Colorado State Patrol says was reported at 2:42 p.m., also closed the left lane of the westbound portion of the highway.

According to the Colorado State Patrol, one person was pronounced dead at the scene. A second victim was transported to the hospital with minor injuries. Law enforcement authorities haven’t said how many vehicles are involved in the crash.

Drivers are advised to use U.S. Highway 6 through Clear Creek Canyon or Evergreen Parkway to avoid the crash and traffic. Click here for metro traffic conditions.

Copyright 2018 Scripps Media, Inc. All rights reserved. This material may not be published, broadcast, rewritten, or redistributed.
Tweets by Denver7Traffic