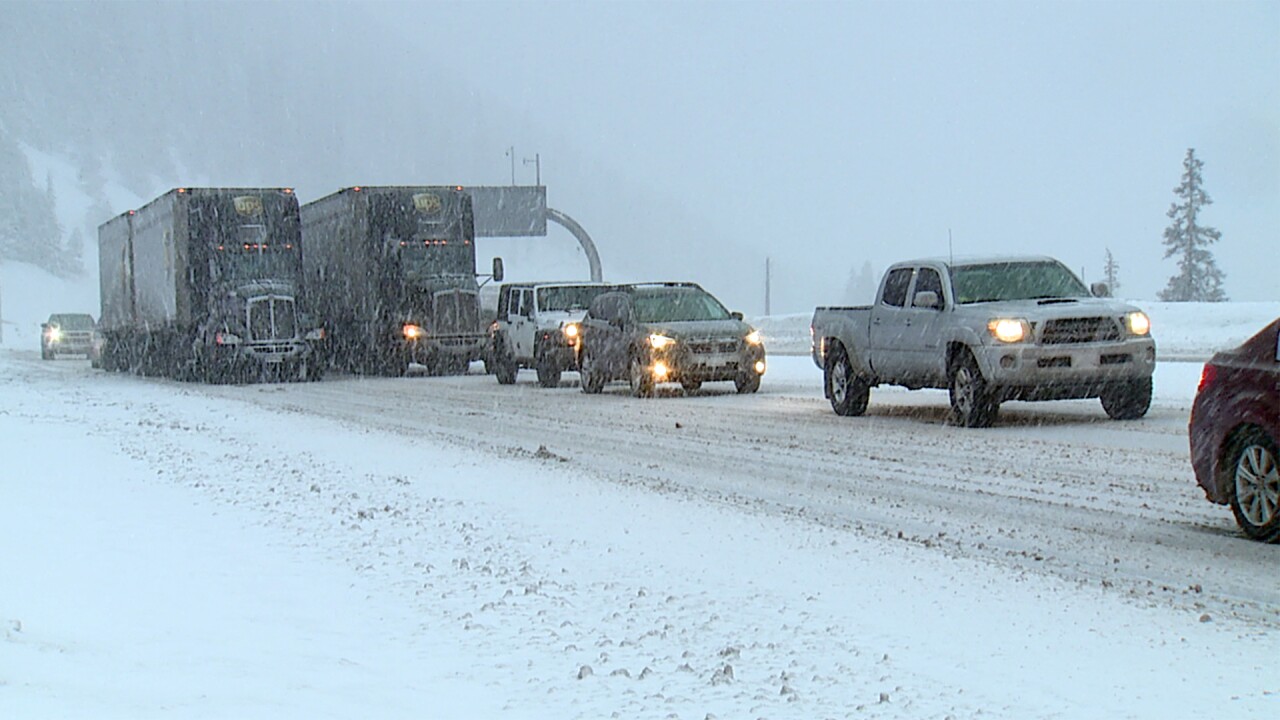 Copyright 2019 Scripps Media, Inc. All rights reserved. This material may not be published, broadcast, rewritten, or redistributed.
Denver7
Traffic moves along I-70 near the Eisenhower Tunnel in Summit County, Colorado on Friday.

DENVER – Drivers will have to have four-wheel or all-wheel drive, or special tires or traction devices, between September and June starting this year if they are hitting the 127-mile stretch of Interstate 70 between the foothills outside of Denver and Colorado’s Western Slope.

Starting Sept. 1 and running through May 31 of each year, all drivers on I-70 between Morrison and Dotsero will be required to adhere to the traction law, which requires vehicles to have either four-wheel drive or all-wheel drive with snow or mud+snow-rated tires, or specialized winter tires, chains or other traction devices for cars with two-wheel drive.

The law will also increase the minimum depth requirements for tire tread to three-sixteenths of an inch – up from one-eighth of an inch under current rules.

The state Department of Transportation and Colorado State Patrol are to meet, under the law, to discuss ways to enforce the law and report back to lawmakers by the time it takes effect.

A multi-vehicle crash closed down eastbound I-70 near the Eisenhower Tunnel Monday as heavy snow fell. The traction law is expected to be in effect through Tuesday in the area, with up to 18 inches of snow possible in some areas.

For more tips on driving in the Colorado snow and at high elevations, click here.