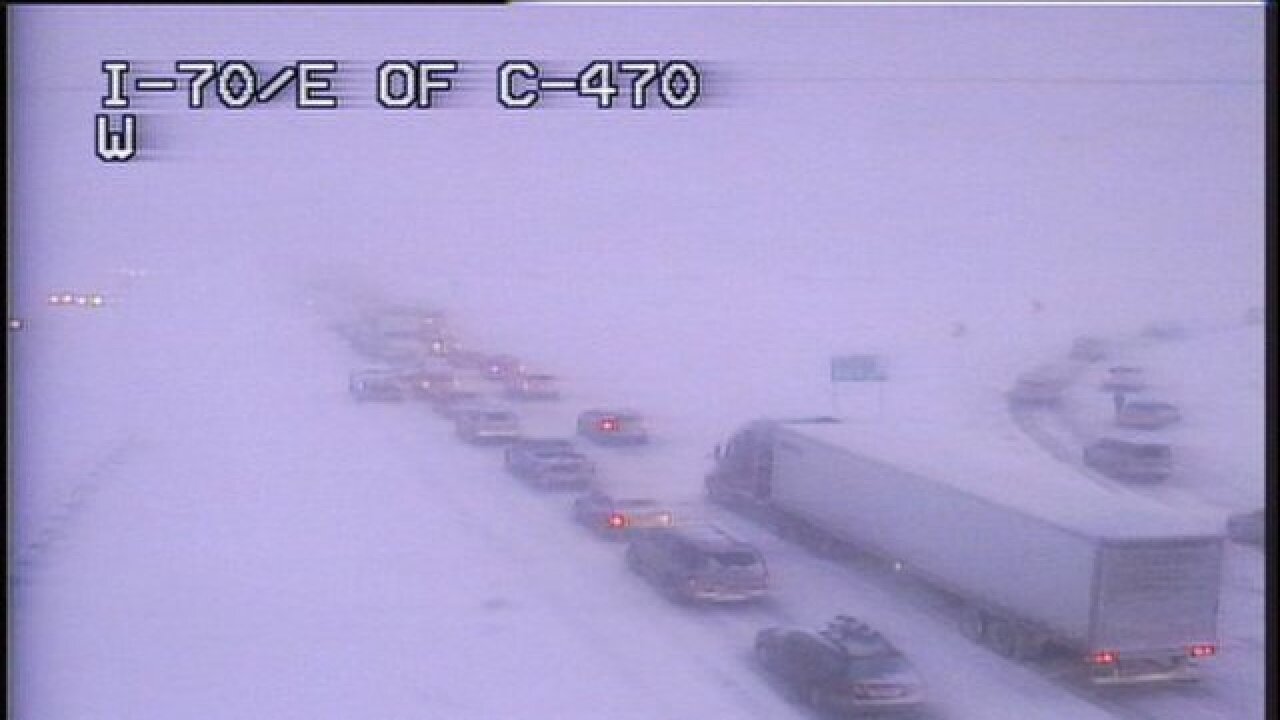 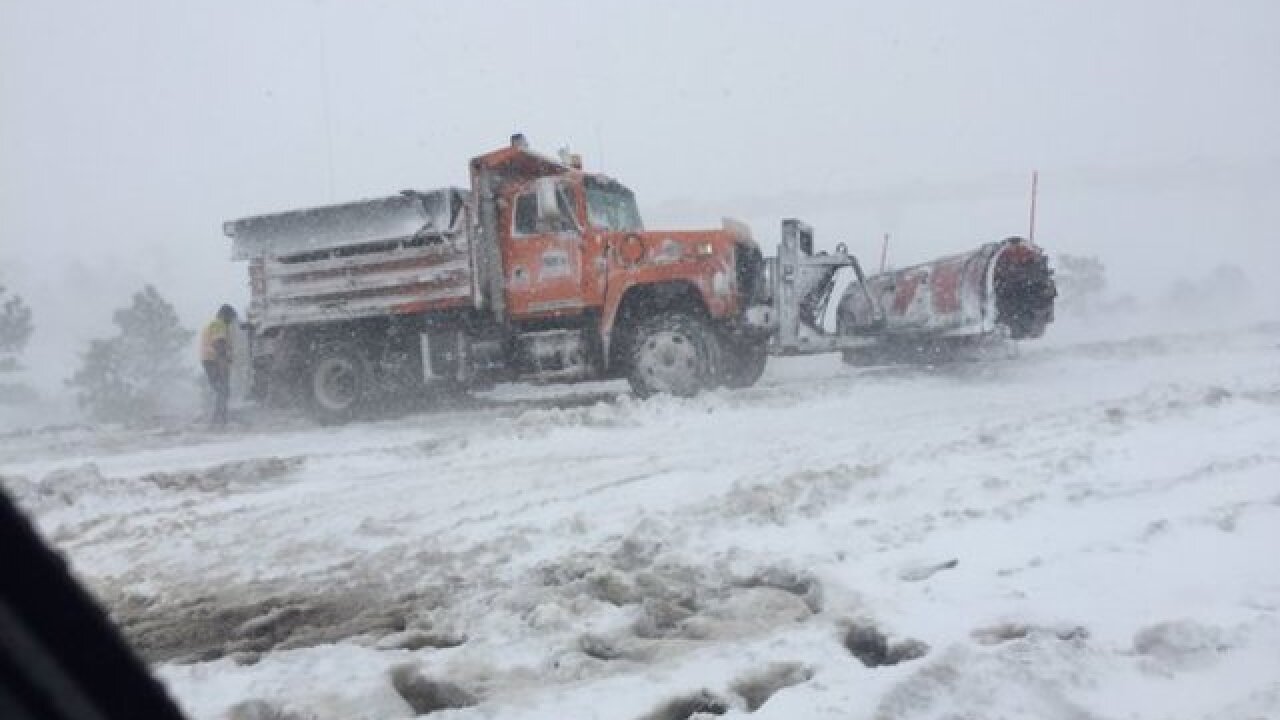 Dangerous conditions and multiple crashes closed multiple highways, including Interstate 70 east and west of the metro area, on Wednesday.

Even snow plows were having trouble in the heavy, blowing snow Wednesday.

When tow trucks and fire trucks are getting stuck it's bad. pic.twitter.com/TO1dNpqvna

Interstate 70 was closed in both directions from Aurora to the Kansas border at 10:18 a.m. due to adverse conditions, according to the Colorado Department of Transportation. The closure is officially from Airpark Road to Burlington (Milemarker 292-448).

Traction law and chain laws are in effect for I-70. See the latest on locations on CDOT's website.

The Colorado National Guard said it was sending troops to help drivers stranded on the highway between Denver and Colorado Springs at 8:40 p.m.

"Multiple semi truck crashes on I76. White out conditions with no visibility. I76 is close from Lochbuie to Nebraska," the Colorado State Patrol tweeted at 12:55 p.m.

CO-93 closed in both directions from Highway 72 to 64 Ave b/c downed power lines;no est time of reopening

The blizzard shut down Denver International Airport a little after noon. It reopened at 7 p.m.

The Colorado State Patrol is asking people to stay off the roads.

We beg you to stay off the roads. Emergency equip. is also stuck. Roads are beginning to close as well. pic.twitter.com/LwtRZagEjk

A traction law was enforced for the Denver metro area for the first time in history, which meant and trucks and passenger cars on major highways had to have one of the following three times:

Even people with four-wheel drive had trouble in the blizzard conditions Wednesday.

Public transportation was also impacted by the storm.

"All light rail lines will be running on limited schedule until further notice due to inclement weather. This will include rush hour service," RTD tweeted at 11:45 a.m.

SkyRide bus service from Denver to the airport shut down from about 2-4 p.m. and then resumed operation.

Please refresh this page for updates on this developing situation.