Driving You Crazy?: Why hasn't Santa Fe (Hwy 85) from Louviers to Castle Rock been widened? 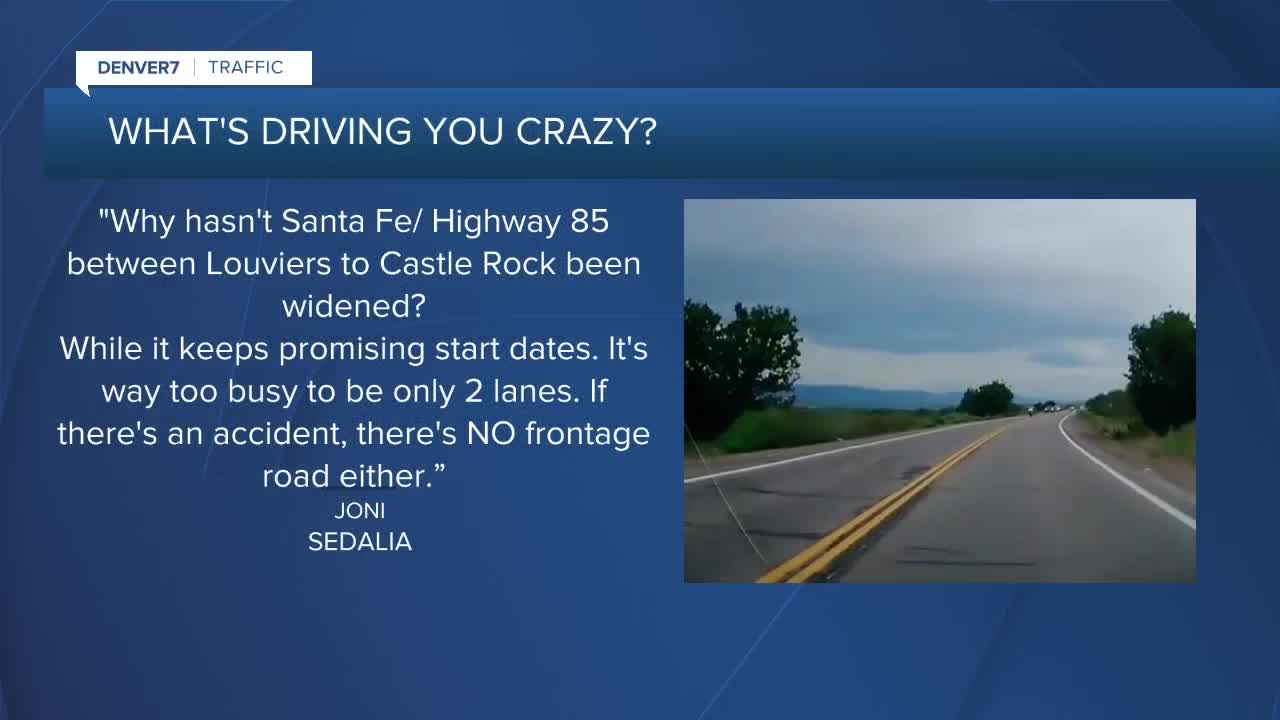 What's Driving You Crazy? When will Santa Fe Drive get widened? 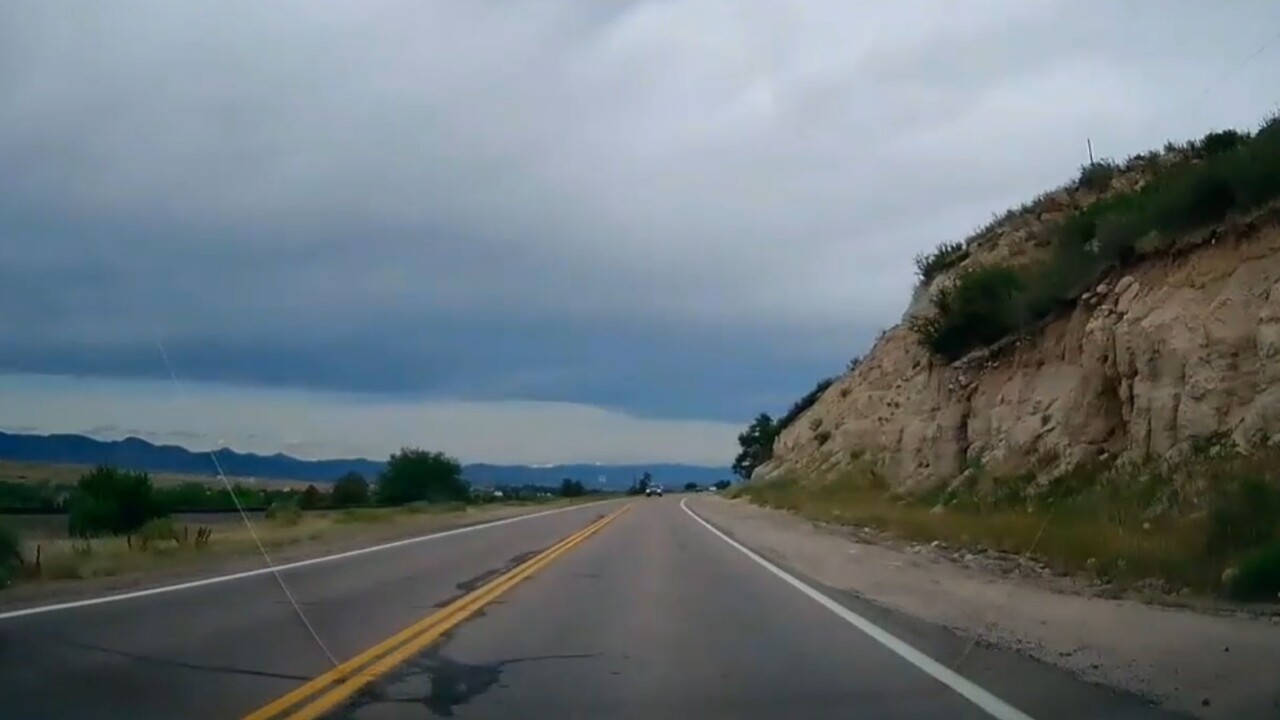 Joni from Sedalia writes, “What's driving you crazy? Why hasn't Santa Fe/ Highway 85 between Louviers to Castle Rock been widened? While it keeps promising start dates. It's way too busy to be only two lanes. If there's an accident, there's NO frontage road either.”

Good news for you, Joni, as CDOT — in partnership with Douglas County — picked Castle Rock Construction Company to start doing just that, widening one part of the two-lane section of Highway 85 in Douglas County.

Work started last Monday, July 6 on the 2.5-mile stretch of the highway between Sedalia and Louviers.

The work will rebuild and widen two lanes of Santa Fe in each direction. The goal is to ease congestion, improve access to side streets and left turn lanes, improve drainage, enhance safety, add wildlife fencing and build a new bridge. Most work should take place from 7 a.m. to 7 p.m. during the weekdays, with some night and weekend work possible. This section of Highway 85 to be widened is estimated to cost about $23.7 million and be complete in the spring of 2022.

Another section of Highway 85 that is still just two lanes each way is just south of Sedalia to jut north of Happy Canyon Road. That section too will be widened, just not right now.

First, Douglas County is partnering with CDOT to install a traffic signal at the very busy, and dangerous intersection at Daniels Park Road. In 2019, CDOT began the process with the county to work with the Intermountain Rural Electric Association (IREA) regarding relocating their infrastructure in order to accommodate the proposed improvements required to install a new traffic signal at Daniels Park Road. Also, at that time, Douglas County met with some property owners to work out the right-of-way (ROW) acquisition process.

The traffic light project has already received $855,000 in federal funds through the DRCOG Transportation Improvement Program (TIP) to help advance final design or for ROW acquisition. There is still some work to hammer out before the light will be installed. Currently, the County is working with CDOT and hopes to have the new traffic signal installed by next year. The bad news, the widening will not happen any time soon. CDOT says currently there is no funding identified to do the widening and reconstruction of this section of Santa Fe.

A third portion of Santa Fe in Douglas County will also be improved. I wrote about this project over a year ago. The delay in construction was due to the delay in completing C-470. Now that 470 is complete, the invitation to contractors to bid on the proposed widening and reconstruction on this segment of Highway 85 is expected to occur by November of this year. This means the actual construction would not begin until at least March 2021.