Driving You Crazy: Why don't drivers pull out into the intersection to turn left at a green light? 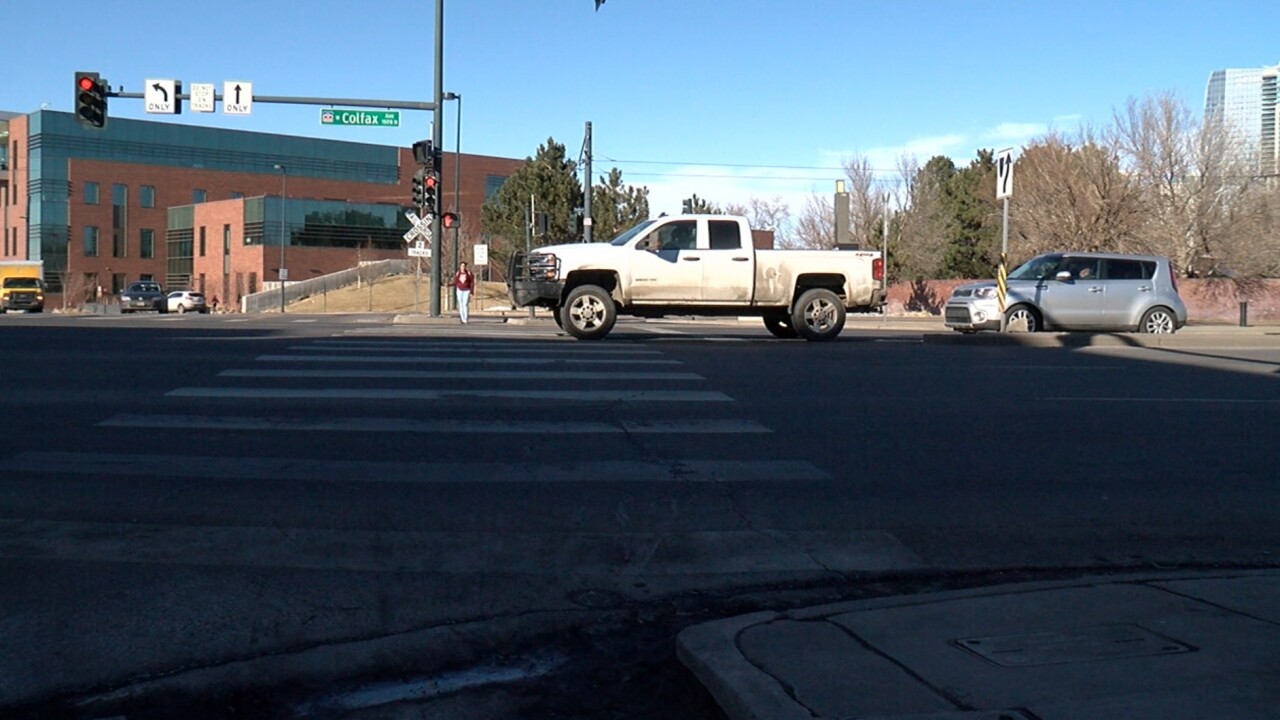 Scott from Denver writes, “What's driving you crazy? Why are people afraid to pull out into the intersection to turn left at a green light? The new thing is to hold back and then race across all lanes, ie, cars are coming. When the light is green, pull out in the intersection and proceed when light turns to red. If you are there you have the right to finish your move!!”

To pull out part way or not to pull out at all, that is the question. There are drivers who suffer the slings and arrows coming from eyes and mouths of drivers who are convinced, like Scott, that you need to pull half way out to make the left. While there are others who feel safer to just wait back at the crosswalk. But as I’ve answered in a question similar to this one in the past, who is right and who is wrong is tricky to answer in Colorado because it depends on your interpretation of Colorado law.

Colorado law does not dictate expressly if drivers should wait at the stop bar or should pull out half way into the intersection. The law only requires that drivers yield to oncoming traffic and to pedestrians in the crosswalk.

Colorado statue 42-4-604 states: “Vehicular traffic facing a circular green signal may proceed straight through or turn right or left unless a sign at such place prohibits such turn; but vehicular traffic, including vehicles turning right or left, shall yield the right-of-way to other vehicles and to pedestrians lawfully within the intersection and to pedestrians lawfully within an adjacent crosswalk at the time such signal is exhibited.”

The other law that is applicable is Colorado revised statute 42-4-1204 that states, “no person shall stop, stand, or park a vehicle, except when necessary to avoid conflict with other traffic or in compliance with the directions of a police officer or an official traffic control device, in any of the following places: (b) Within an intersection”.

Some drivers might interpret waiting in the middle of the intersection to turn left as “standing” and therefore you should wait back at the stop bar and not pull out half way. Even though the law is indifferent to waiting at the stop line or pulling half way out into the intersection, the Colorado driver handbook is much more specific.

The Colorado driver handbook is much more specific with what drivers should do saying, “If you are turning left, you should wait at the stop line or crosswalk until there is a gap in traffic large enough to allow you to pull into the intersection and complete your turn. Pulling into the intersection to wait to turn left blocks the intersection for emergency vehicles, limits visibility for oncoming traffic and puts you in a position to get in an accident if the light changes and oncoming traffic runs the red light while you are making your turn. Never turn the front wheels towards the left while you are waiting to turn. If you happen to get rear ended, you would be pushed into oncoming traffic”.

The bottom-line Scott is that even though you can pull out half way and think everyone else should, it’s also okay to wait back at the crosswalk. Just show some patience with the driver who decides to wait and not go half way.