Driving You Crazy: Why doesn't Vasquez have a meter light for westbound I-270 traffic? 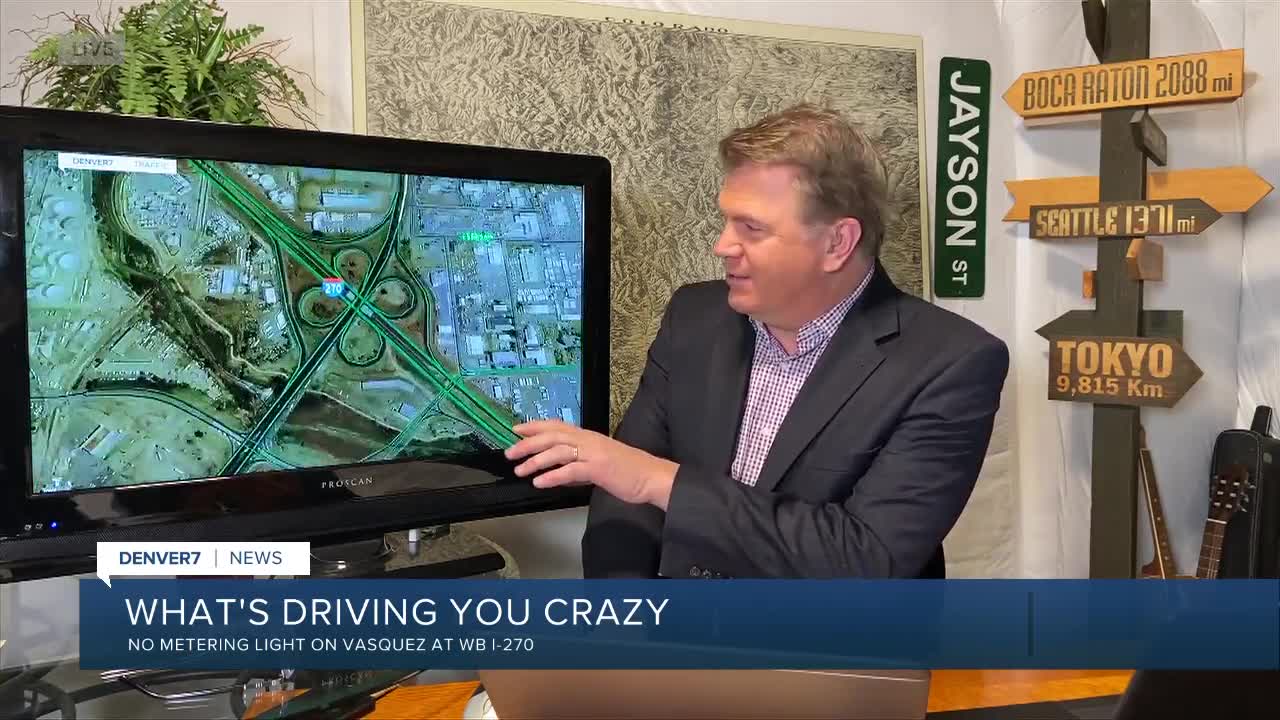 What's Driving You Crazy?: No metering light on Vasquez at westbound I-270 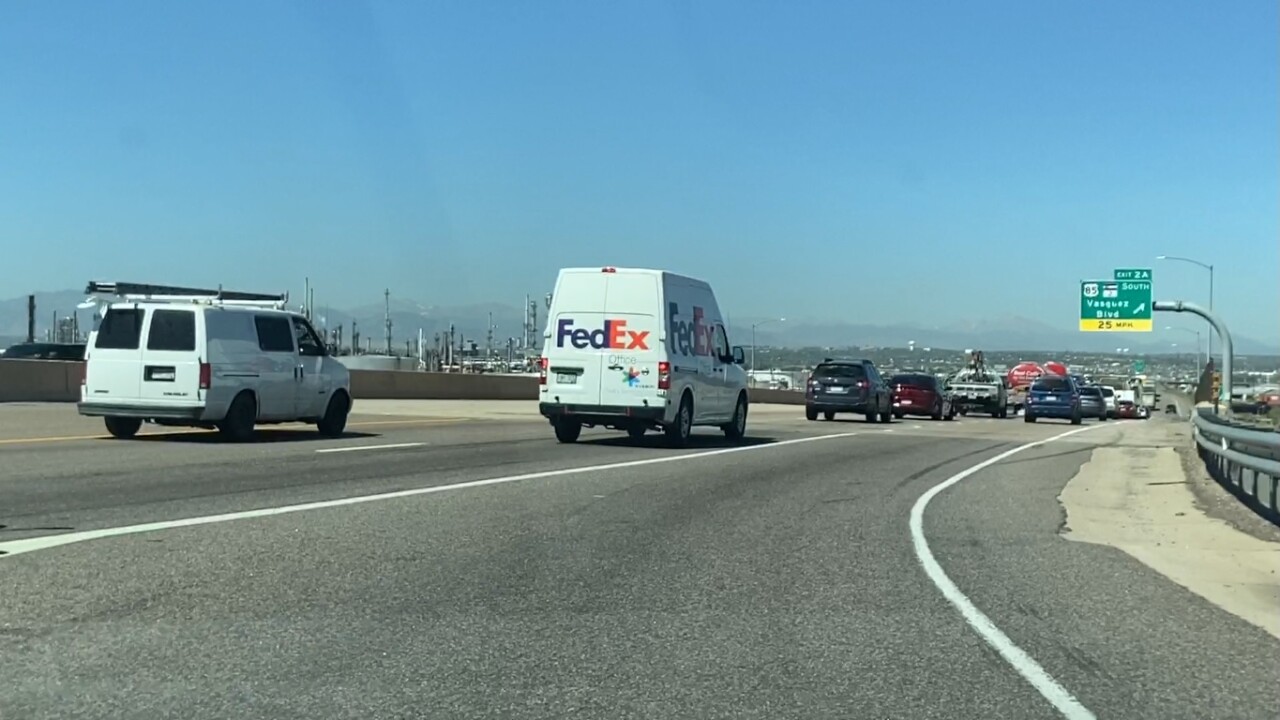 Roger from Denver writes, “What’s driving you crazy? I have a highway problem for you. I take I-70 west from Green Valley Ranch. I then exit to I-270 headed towards the turnpike. This road is generally congested. I feel the reason is that people are entering 270 west from Vasquez non-stop. There is no light to regulate traffic. Why is there no rush hour flashing stop light from Vasquez for this entrance to I-270? If it were regulated during busy times, traffic would flow more smoothly. It makes me crazy. Where is the light?”

I agree with you Roger that a ramp meter light from northbound Vasquez to westbound I-270 would help the highway traffic flow much better. The chances of CDOT installing one there in the short-term can be filed in the slim-to-never folder. CDOT is planning on an eventual total reconstruction of I-270, including its interchanges so they don’t want to spend the hundreds of thousands of dollars it would take to put in the infrastructure and equipment now when they will be tearing it up hopefully in the not-too-distant future.

This summer, CDOT and the Federal Highway Administration along with the City of Commerce City and Adams County, began gathering community feedback on plans to improve the seven-mile stretch of I-270 between I-70 and I-25. That is the last part of their environmental assessment that is being prepared to evaluate all of the improvements needed to make I-270 safer and flow better.

I-270 was constructed 50 years ago and it is, frankly, falling apart. The way it is designed, it can’t keep up with the current traffic volume or survive the massive amount of truck traffic pounding on it. I-270 is one of the first freeways to see stop and go congestion during every single morning and afternoon commute. I’ve been saying that on radio and TV for nearly as long as I’ve been covering traffic in Denver. When you’re able to drive the seven miles at posted speeds, it takes about six and a half minutes. Peak period travel times for morning and afternoon commutes pre-covid averaged around 23 minutes.

And an interesting note about traffic on I-270 since covid. Traffic volumes on I-270 were much less affected than other freeways after the stay-at-home and safer-at-home orders were in place. CDOT traffic counts showed traffic cut in half on most metro freeways in mid-March but daily traffic on I-270 fell only about 20%. Traffic was down about 6% by late May according to CDOT.

CDOT would rather remove the classic cloverleaf design and redesign the Vasquez interchange rather than add more lights to it. The outdated tight cloverleaf leaves only a short distance to weave and merge between the entrance and exit ramps. That is one factor contributing to the congestion, especially on westbound I-270 at Vasquez. CDOT believes the weaving of traffic and short ramps are one of the major reasons we see a high number of crashes, particularly involving commercial vehicles in and around that interchange.

Separately from the plans to rebuild I-270, in 2018 CDOT completed a planning study for Vasquez Boulevard between 52nd and 64th Avenues. As part of that study, several of the recommended changes to the interchange would include eliminating that loop ramp from northbound Vasquez to westbound I-270 altogether. That study also identified some long-term improvements and evaluated potential near-term projects that could be implemented when funding ever becomes available.

When you take all of that into consideration, along with all the other safety and maintenance issues with all of I-270, you can see why CDOT wants to wait to make major improvements rather than minor ones only to be torn out later.

The next step for CDOT is to compile the public feedback and included it into the Environmental Assessment process. CDOT expects that to be completed late in 2021. Once that plan is in place and work is finished on the central 70 project, then CDOT will look to secure funding to make the changes on I-270. That, I’m afraid, will be many years down the road.