Driving You Crazy: Why doesn't CDOT encourage the use of the zipper merge any more? 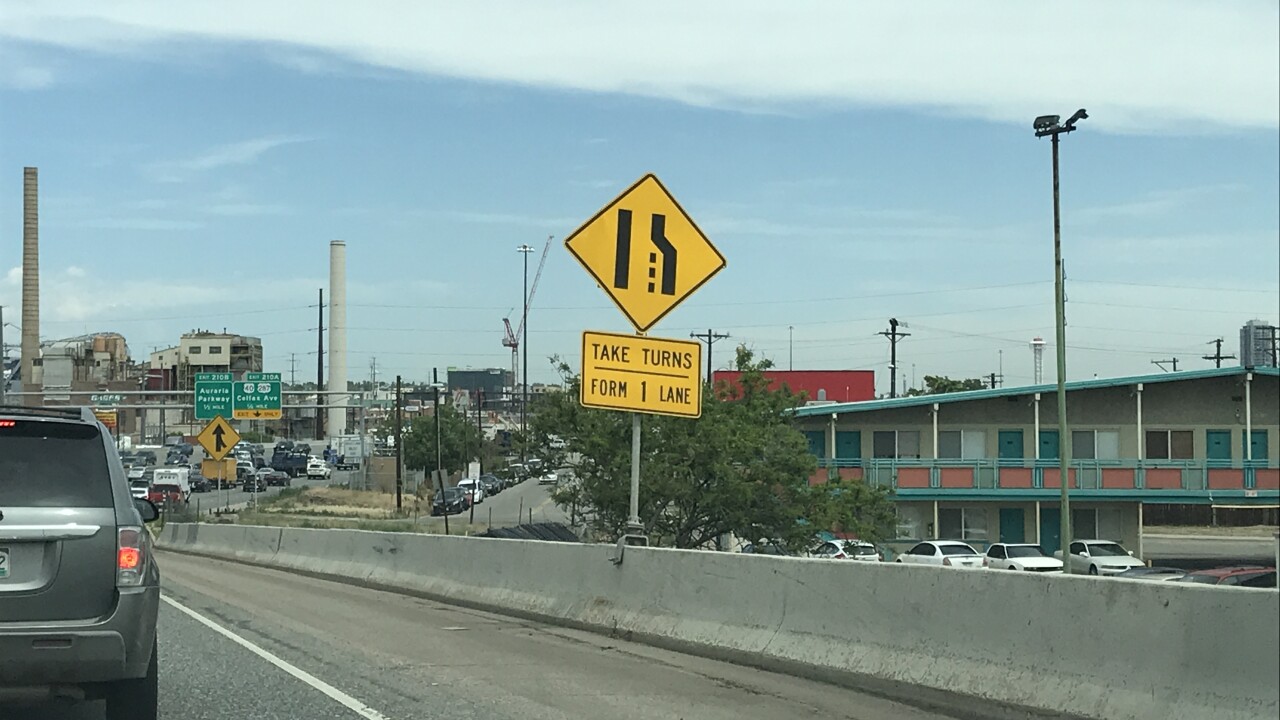 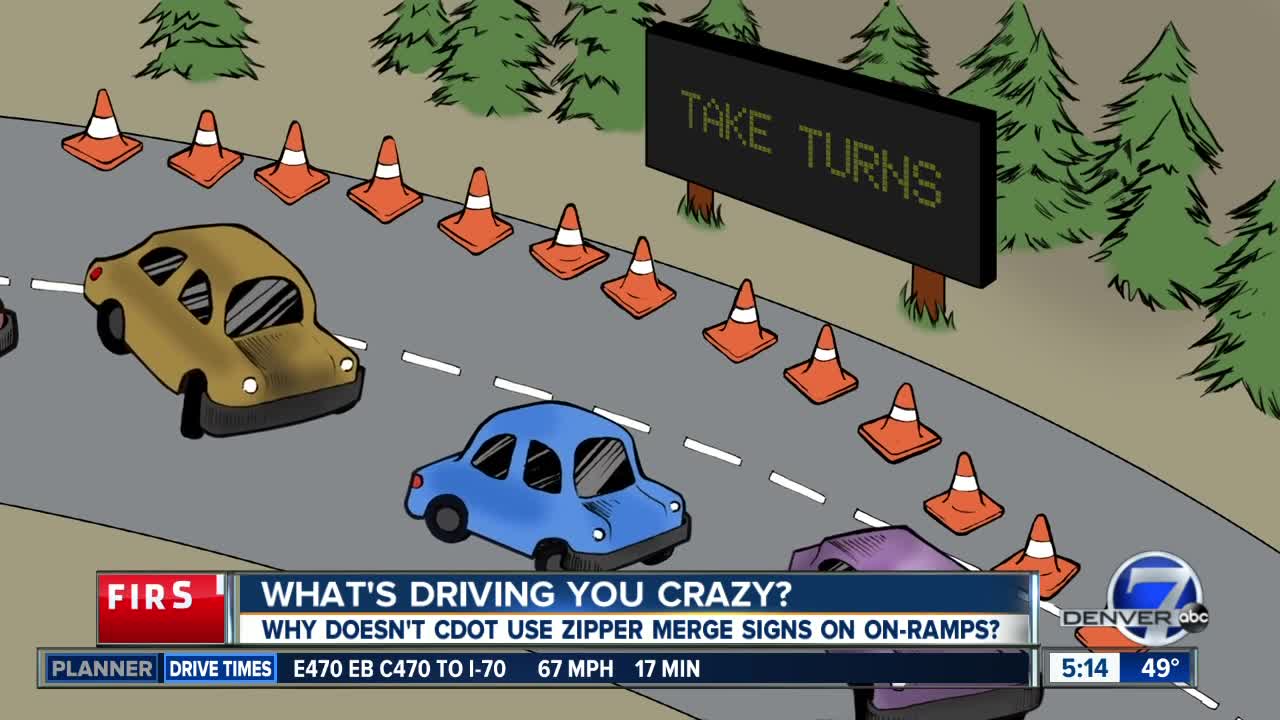 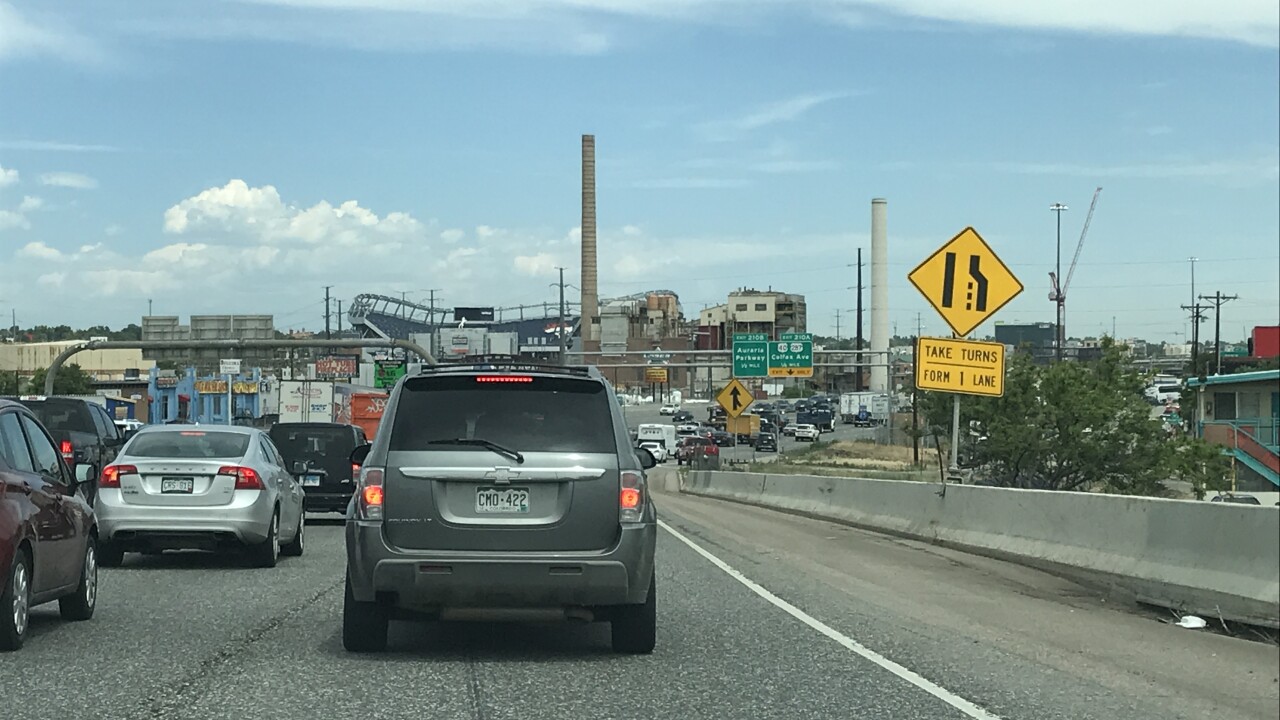 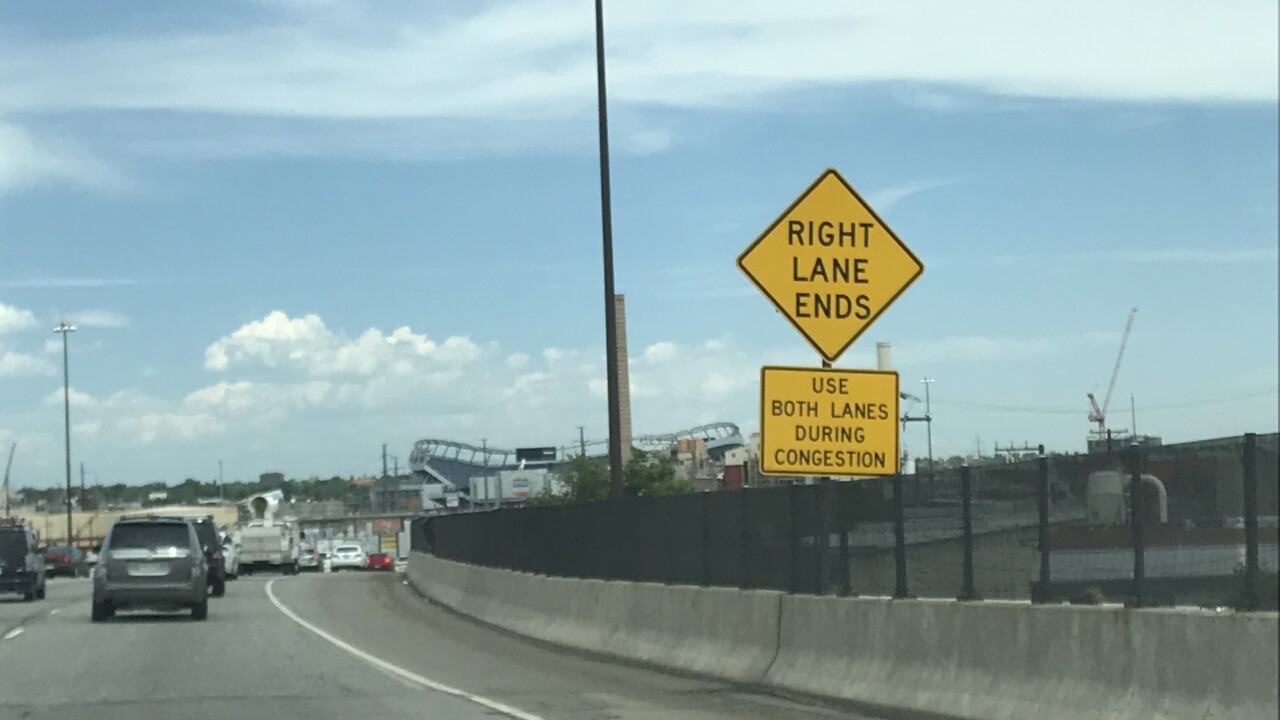 Julie from Centennial writes, “What's driving you crazy? Jayson, I fully support the zipper merge as well! I saw two signs on I-70 leading up to a construction zone a couple years ago. "Merge Here" and below it, "Take Turns". Why doesn't CDOT use those signs at high volume on-ramps, as well as the metering, to better guide drivers on merging and entering the freeway?”

As you know Julie, I am more than happy to preach about the benefits of the zipper merge. Here is the most recent story we aired about why the zipper is such a good time saving technique. There is also a funny video created by the Kansas Department of Transportation that also helps explain how the zipper merge works. CDOT also released an instructional video several years ago.

It was about five years ago that CDOT tried for the first time a campaign where they put up signs at two CDOT projects to get drivers to zipper. Both the widening of Interstate 70 through the Twin Tunnels, where you saw the signs, and the bridge reconstruction on Sheridan Boulevard between Ralston Road and 60th Avenue had the late merge signs. The three signs CDOT used read, “USE BOTH LANES DURING CONGESTION, USE BOTH LANES TO MERGE POINT and TAKE TURNS MERGE HERE”.

CDOT Director of Operations Ryan Rice said at the time, “Our goal is to improve both traffic flow and work zone safety by reducing the frustration and confusion that drivers often experience when merging. By following the directions on the signs, drivers should experience reduced delays.”

CDOT evaluated how well the signs and the results were mixed. They found that drivers would do the zipper merge correctly only when workers used a greater number of informational signs well before the construction area as well as right at the merge point. When drivers did the merge correctly, CDOT observed an increase in the travel speeds, smoother merging and reduced traffic backups. However, CDOT noticed that merging semi-trucks threw off the system and caused a significant lane imbalance that wasn’t observed with just cars and small trucks. They also found a reluctance to yield by drivers in the through lane to drivers in the merging lane. This is the same problem that limits the success of the zipper in all merge areas.

“We’ve seen drivers merge too early, probably in fear that other drivers won’t let them into the traffic queue down the road,” added Rice. “We appreciate motorists wanting to change lanes early so they can avoid the potential difficulties in merging, but drivers should use both lanes all the way up to the designated merge point”.

Several years ago, CDOT installed two permanent "zipper merge" signs on the ramp from 6th Ave to northbound I-25. The first one reads, “RIGHT LANE ENDS USE BOTH LANES DURING CONGESTION” while the second sign reads, “TAKE TURNS FORM 1 LANE”. You can see a picture of those signs at the head of this story. Ben Kiene, CDOT’s Traffic Operations Engineer for the greater Denver area told me they haven’t had much success with these signs saying they have seen mixed results.

“In permanent situations when a large majority of drivers are accustomed to their commuting habits, signing alone has less of an impact in changing behavior. These signs may be more effective in work zones due to the extent of changes to traffic control associated with them”.

As of right now, CDOT doesn’t have another zipper merge campaign planned at any construction or non-construction zone around the state. The city of Lone Tree is the only other place around metro Denver where I have seen a zipper merge sign. It is on eastbound RidgeGate Parkway right at I-25. The sign reads, “use both lanes until merge point”. Lone Tree is hoping the sign will help improve traffic flow coming from Sky Ridge where RidgeGate drops from three to two then to just one lane under I-25.

I honestly believe we would see great benefits if more cities, along with CDOT, put a greater emphasis and significant promotion behind the zipper merge. It takes years of education to change driver behavior. That is what I think it would take to teach drivers how the zipper merge works and for them to see the benefits of doing it correctly. Until then, I will invite you Julie to join me at the top of Lookout Mountain and help shout to the masses about how great it would be if everyone would just get on the zipper merge bandwagon.