Driving You Crazy: Why does Empire use the first traffic light to slow down traffic on Highway 40?

It can take more than 2 hours from Winter Park to Empire. 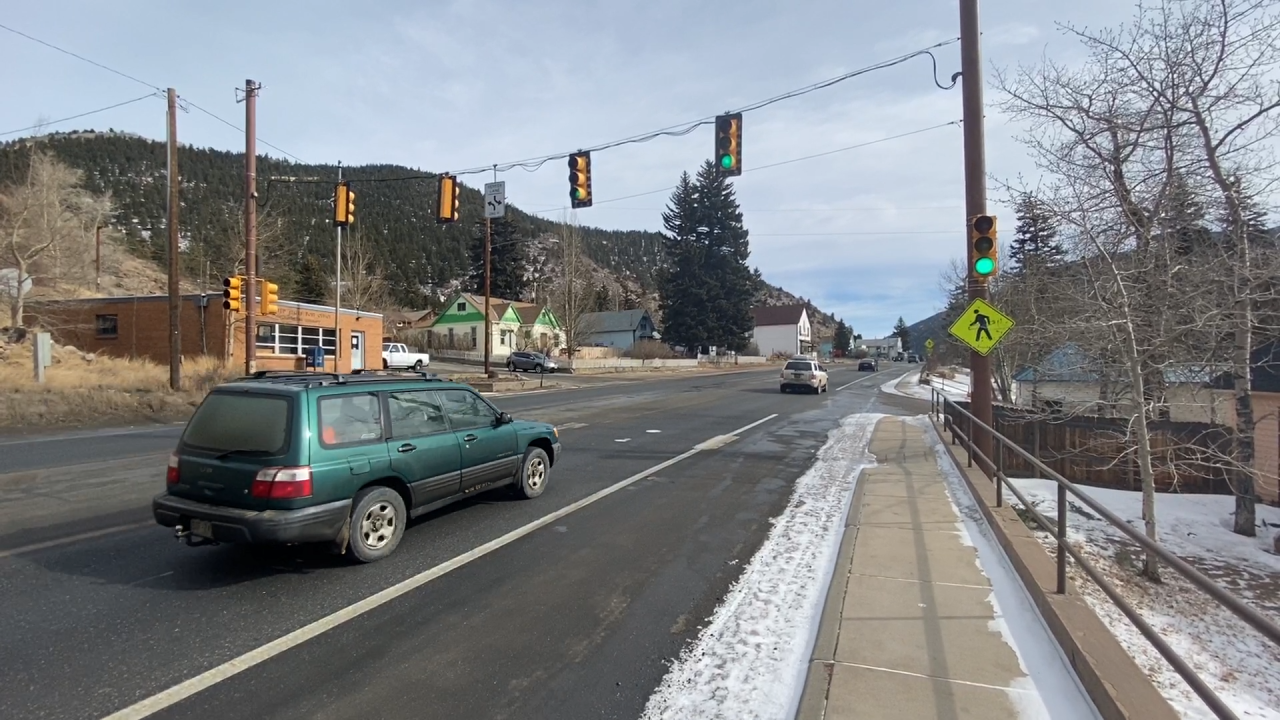 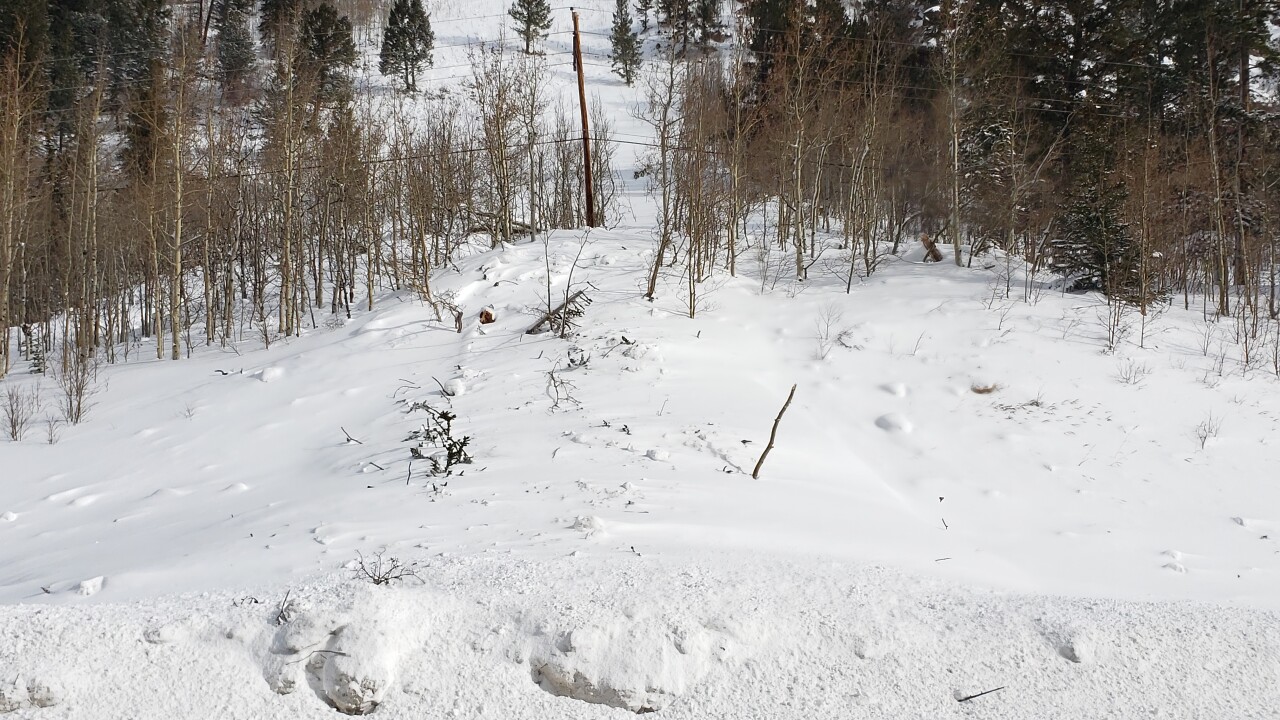 Tim from Winter Park writes, “What's driving you crazy? I have been visiting Winter Park and the surrounding area for the past 20+ years. Over the past few years the growth has presented numerous traffic issues, but I would like to point out one specific issue that deals with the town of Empire stopping traffic before entering the town from the Berthoud Pass side. We left Winter Park right around 4:15 p.m. and came to a screeching halt about a ¼ way up the pass. From there we did not move over 20 mph till we hit Empire which took over 2 hours. This is where we noticed that Empire has a light by the post office with no intersection. They were osculating the light to control traffic through the town. Why? They should not be allowed to do this as they are backing up traffic through numerous avalanche and rock slide zones and is a major safety concern. Once we past though Empire we were able to get right on 70 and its was at near normal speeds. Is there anything that can be done to expose the town of Empire of this practice of metering traffic, jeopardizing the safety of 10,000’s of drivers and putting them in extreme danger if there was a slide?”

You are right Tim, sitting in stop and go traffic under an avalanche chute is dangerous. I will get to that part of the story later. I think almost everyone would agree that the traffic to and from the mountains is the worst part of any weekend trip. I will rarely fight through that traffic anymore. Most of the time we hear complaints of the stop and go traffic on I-70 but getting to or from Grand County along US 40 can be just as tough.

US 40 is under the jurisdiction of CDOT, not the city of Empire. So I brought your concerns to CDOT Region One Traffic Operations Engineer Ben Kiene. Bob tells me the western most light you are talking about, near the post office, is always set on green unless a vehicle is detected on one of the seven side streets in Empire or a pedestrian triggers the crosswalk button. The lights are set that way to allow local residents and businesses the ability to enter or cross US 40. That movement is especially crucial on Saturday and Sunday when the traffic volume in the morning and afternoon is extremely heavy.

“If there’s a solid line of traffic all the way through town, then pedestrians are playing Frogger, trying to get across the highway,” said John Stein, Empire’s Police Chief. “And you can’t get cars onto the highway that are crossing the street from any of the side roads so it’s a safety issue.”

CDOT says when the traffic signal is triggered by a car on a side road, that signal is programmed to display a green light to US 40 for a minimum of 240 seconds (4 minutes) then display a red light for just 5 seconds. That means 98% of the signal cycle is allocated to US 40 and just 2% allocated to stop traffic long enough to create a break for cross street traffic or pedestrians to move. In comparison, a typical traffic light in metro Denver will allocate somewhere between 40 and 70 percent of the cycle time to the major road compared to the secondary street.

Over the last two years, CDOT has upgraded the communications to that specific traffic light to allow for remote monitoring. It gives them real time access to the traffic signal as well as the ability to retrieve recent timing data. CDOT’s Bob Kiene believes that the traffic light is a minor factor to the US 40 traffic jam. His theory, he says, can be supported by congestion they see on days that the light was not set to serve side street traffic. Bob thinks the problem lies in the lower capacity available in Empire compared to the higher capacity of the highway coming down the pass.

“Comparing the signal's data to data from INRIX and the nearby DTD count station leads me to believe the congestion here is not the result of the traffic signal operation alone, rather a combination of factors leads the segment through the town to have a much lower capacity than the highway coming into it. The friction-inducing factors include on-street parking activity, turning traffic, pedestrian crossings, a significant drop in the speed limit with a reputation for strict enforcement, high proportion of unfamiliar drivers, and the slight vertical curve with a mild impact to sight distance,” said Kiene.

Chief Stein agrees with Bob saying the volume, not the traffic light or the 35 mph speed limit, is the problem. “It’s just because everyone’s leaving on a Sunday afternoon at the same time. It’s no different than the traffic jams that are on I-70 with all the other ski traffic headed back to Denver. While it’s safer if we reduced the 35 mph speed limit, it actually would add to the headache of more backups. If it’s too fast, then everyone’s flying through town and that’s a whole other traffic safety issue,” Stein said.

“If we assume the demand is about 1400 vehicles per hour over several hours, the deficit between demand and capacity quickly accumulates into very long queues. After 3 hours or so it would be expected to reach close to 7 miles long, or back to Berthoud Falls. If the pass is flowing just under its capacity for a few hours, this could easily add up to queues to the pass itself. What would seem like a slight difference in time between vehicles (1.5 seconds or so more than normal) caused by longer following distances and turbulent flow adds up with peak volumes to very large queues, the definition of a bottleneck basically,” said Kiene.

One of the unintended consequences of all the backed-up traffic the town of Empire is dealing with, is the need by travelers for a quick potty break. Empire has set up facilities in town for travelers who need a restroom break. However, there are some people who still stop on the side of the road, jump out of their car and make an impromptu restroom wherever they think is somewhat private.

During a recent I-70 corridor community meeting, the suggestion was made to have CDOT place several portable restrooms at or near chain up stations to help bladder filled drivers stuck on I-70 or highway 40.

As for the concern for your safely sitting in your vehicle under an avalanche slide zone, I understand that one completely. I mentioned the same thing to my wife one time coming down Berthoud Pass. Chief Stein told me a recent avalanche occurred down one of the slide shoots on Berthoud Pass and it blasted some of the stop and go traffic with just a little snow. “We do understand there’s a safety issue to it and we have signs for no standing, no parking, no stopping in those major shoot areas and CDOT is aware of it but unfortunately were back to a volume issue with so many vehicles on Highway 40. Motorists are much more likely to encounter accidents and incidents due to other drivers, not environmental issues like avalanches.”

“Natural slides can occur, but we do everything we can to prevent them from happening,” said CDOT’s Tamara Rollison. “Unless you close the roadway down because there is the possibility an avalanche could happen, or a rock could fall, there’s not much else we can do. We have some amazing experts who use the right methods to bring the loose snow down. We’re always trying to stay on top of it the best we can but there are situations that can happen beyond our control.”

As for a solution to the stop and go weekend traffic, CDOT doesn’t have any short term nor long term plans to add capacity to US 40 through Empire. Their suggestion, either stay later in Grand County or leave earlier to avoid the peak congestion times.

“Look, we love the mountains but until there’s a better solution with more people on trains or flying vehicles or something else that reduces the volume of vehicles on the road, it’s gonna be a problem,” said Chief Stein.