Driving You Crazy: Why does Denver pave a road during the morning rush? 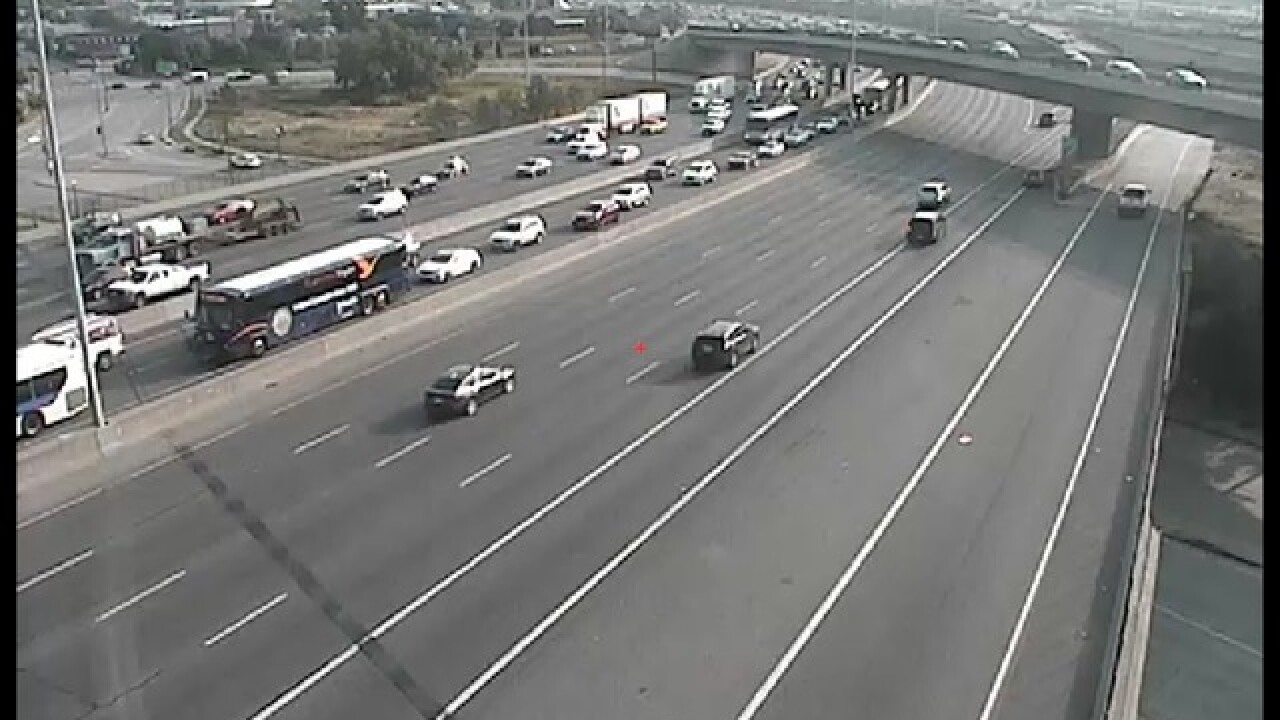 Gwen from Denver writes, “What is driving you crazy? Can you find out why the City of Denver has decided to pave 19th Street during the middle of the morning rush hour when all of the buses and commuters that use the express lane are dumping out onto 19th.  Tuesday morning traffic was backed up for over an hour and this morning it was beginning to back up again.

Gwen, you were one of a large number of people I heard from who were really aggravated by that road work on 19th Street. Not only did the paving affect the drive into downtown it affected driving on I-25 across downtown. When I talked to Denver Public Works about the delay the first thing they wanted to do was to apologize for the inconvenience to everyone’s commute.

“As soon as we were aware of the traffic impacts, we quickly took steps to correct it,” says Heather Burke with Denver Public Works. “On Tuesday, crews planned to start work on the furthest north lane, so travel lanes coming from the HOV lanes would have one lane open. Tuesday was the worst of it as far as traffic backups, however, we did not foresee it backing-up as bad as it did.”

Closing that one lane on the HOV ramp into downtown caused a ripple effect traffic mess. That lane backed up to I-25 and stopped traffic in the HOV/Express lane back to nearly I-70. The traffic jam then started to cause a backup on just about every ramp coming off I-25 into downtown. As drivers scrambled for an alternate route, other roads into downtown like Park Ave, 20th Street, Speer and Colfax backed up farther than normal.

Burke tells me they learned for their Tuesday mistake. “On Wednesday, we kept both travel lanes coming off the toll road open, as crews began working again along the north lane. Message boards were also put in place in advance of paving to warn commuters about the work and encourage them to choose alternative routes. Denver Public Works has also been monitoring traffic this week to make sure it keeps moving,” Burke says.

The paving work on 19th Street is one of the many scheduled downtown paving projects this year. Typically, Denver Public Works starts their downtown paving work at 7:00 a.m. and will work until 3:30 p.m. Public Works says they work these hours in order to get the paving done quicker and to not interfere with Rockies game day traffic and other special events downtown.

Public works tells me they are working as fast as they can on 19th Street to minimize any further impacts to traffic, residents and businesses downtown. When the paving work is one on all four lanes from the base of the HOV ramp to Larimer Street, you will be able to have access again from Wynkoop, Wazee, Blake, Market and Larimer streets.

If you want to check out where Denver Public Works is paving from week to week, they post their weekly paving schedules on their website.