Driving You Crazy: Why do empty Aurora Public School buses drive up and down I-70? 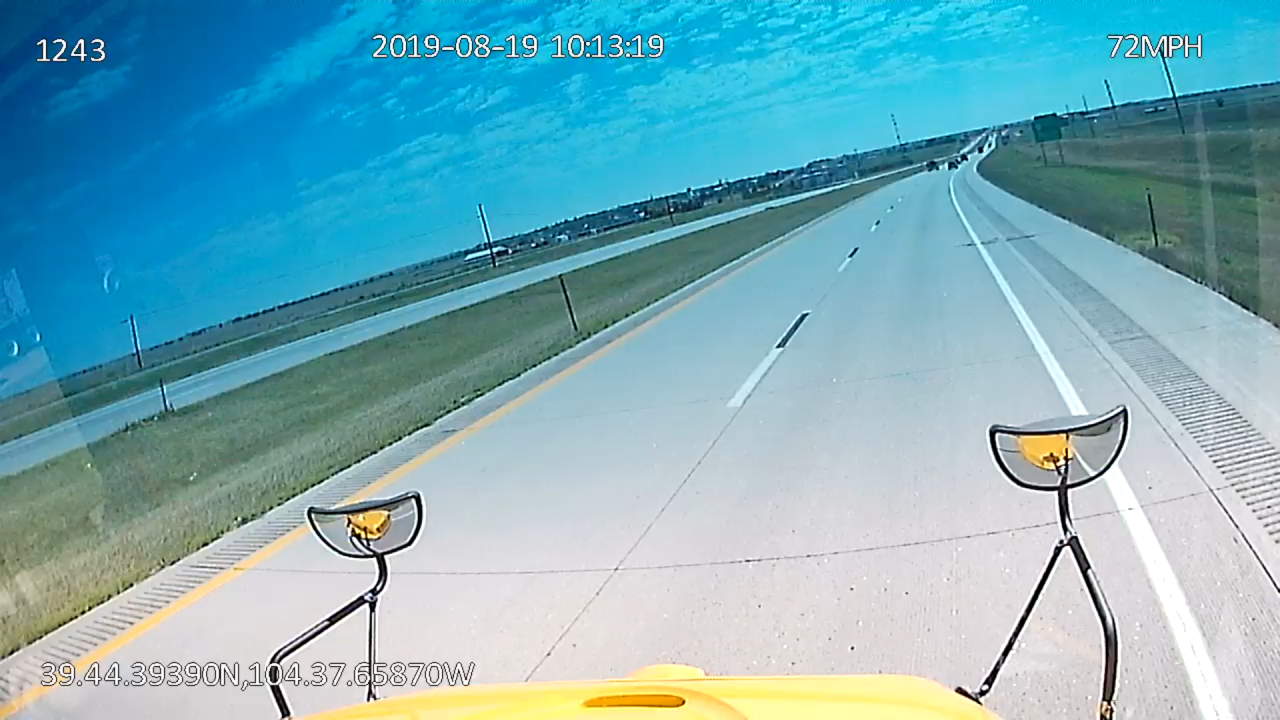 Tammy from Aurora writes, “What’s driving you crazy? Why do more than a dozen empty Aurora Public Schools’ buses drive up and down I-70, east from Colfax to exit #299 Manila Road every morning between 8-9am? They get on at Colfax/Aurora, go about 12 miles east to Manila Road, turn around and head west back to Colfax. This has been the practice for years and I can’t imagine how much unnecessary fuel, hours paid and mileage have been used.”

There is an interesting and simple explanation to what you are seeing. The reason Aurora Public Schools say they drive their buses up and down I-70 is to better maintain the bus fleet and keep their buses running efficiently. That might sound odd when you think of the extra miles and extra fuel as well as the additional wear and tear on the tires as well as other parts of the bus.

“What the viewer is referencing is something we call the "Re-Gen" run on I-70,” says Corey Christiansen, Public Information Officer for Aurora Public Schools. “We started this process several years ago and it has had a tremendous impact on keeping our buses in service.”

In 2015, Aurora Public Schools started the process to replace their existing bus fleet with new diesel buses. The “Re-Gen” run on I-70 started at that time because that was the first time APS had buses equipped with a diesel particulate filter. This filter traps the black plumes of smoke you used to see being emitted from the tailpipe of diesel vehicles. The filters are required to be cleaned through a regeneration process. That process is very similar to you using your self-cleaning oven to burn off anything left in there. To remove the diesel particulate matter, the filter must be heated to over 650 degrees Fahrenheit. If it doesn’t, the filter may clog and have trouble trapping the particulate matter and then the diesel engine breaks down.

The majority of the Aurora Public School buses stay mainly in the city and do not usually travel more than 35 mph. Plus, the typical school bus spends a considerable time with the engines idling, makes frequent stops and starts, drives with a lack of consistent engine and vehicle speed with a relative light engine load. All of which can impact the efficiency of the DPF. This driving behavior prevents that diesel particulate filter from going through the required regeneration process so it needs the I-70 run to stay clean.

Mechanics tell me replacing the DPF would be much more expensive than cleaning one with the highway run. “The workshop could initiate a “forced regen” and the engine idle speed will increase and the system will execute a stationary regeneration cycle,” says Gerald Dong, Director of AAA Colorado automotive repair programs. “The downside of this is that it might use more fuel and produce more emissions than driving the bus, and it can fill the workshop/yard with smoke and busses sitting and idling at 3,500 RPM for a long time.”

Other school districts make these Re-Gen runs as well to keep their diesel buses in good working order. Bus drivers I’ve talked to from other districts say they have drivers making a similar run to keep the diesel filters clean.

“The Re-Gen run has been very successful at keeping our buses running as efficiently as possible. In fact, since we started using the buses with the DPFs and began the Re-Gen run, our fuel costs have dropped by almost 60%,” Christiansen says. “It ensures that we can provide safe, efficient and effective transportation-related services with on-time delivery for our students to succeed in the classroom.”