Driving You Crazy? The 1-mile stretch of Imboden Road north of Watkins that remains unpaved? 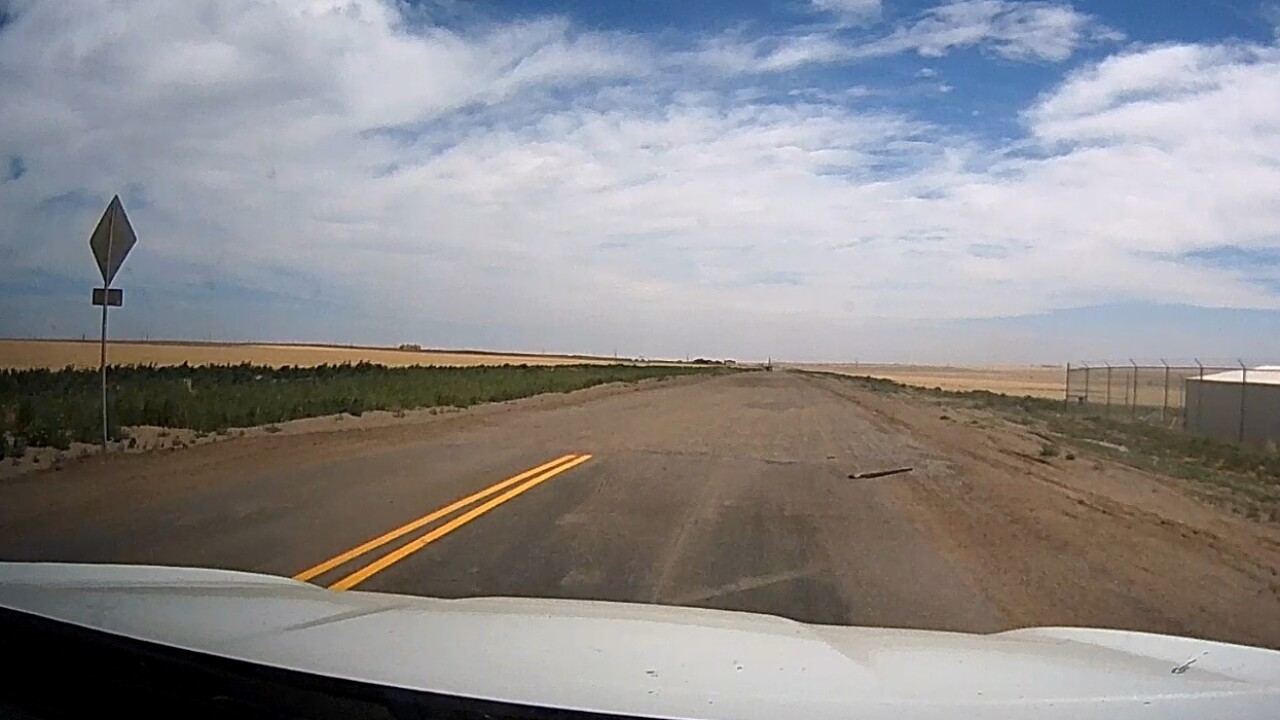 Sioux from Watkins writes, “What’s Driving You Crazy? Thanks for your oh-so-useful reports! Question: What's the deal with the one-mile stretch on Imboden Road north of Watkins that remains unpaved? When it's wet, it's slick and becomes a hazard. When it's dry, it's a dust bowl and becomes a hazard. There's a lot of semi-tractor traffic on it when the drivers bypass Denver to get to I-76. We've lived here 10 years and this little unfinished stretch is driving us crazy.”

Good new, Sioux: Relief is on the way, but you will have to wait probably until the end of the year before you have a brand-new road to drive on. Imboden Road was part of a large annexation of land by the city of Aurora from Adams County during the city’s expansion in the 1980s. At that time, the city created language that would have required any adjacent development along Imboden Road to pay for improvements to the roadway. Since development to this point has not progressed as was originally hoped, and traffic volumes have increased dramatically, Aurora city planners say they need to make improvements and pave this still unpaved section of roadway.

Imboden Road is a two-lane road extending north from Colorado Highway 36 (Colfax Avenue) to 152nd Avenue. It is paved from Highway 36 to 56th Avenue but is dirt from there to where 64th Avenue would be at the City of Aurora boundary. According to the October 2018 Northeast Area Transportation Study Final Report, this nearly 2-mile section of Imboden Road north of 56th Avenue is expected to carry 7,300 vehicles every day in 20 years.

Imboden Road is part of a much larger development and infrastructure plan east of Denver International Airport referred to as the Aerotropolis Visioning Study area. An aerotropolis is a metropolitan subregion whose, infrastructure, land use, and economy are centered on or near an airport. The Infrastructure Development report identified several needed transportation improvements including widening Imboden Road to four lanes from Highway 36 all the way to 120th Avenue. Those improvements to this stretch of Imboden Road are laid out in Adams County Transportation plan.

Those four lanes won’t be constructed with this current paving project. That is just the long-term plan. Another part of the long-term plan is referred to as the Quail Run/Imboden Road corridor. It is planned as a four-lane, major arterial extending north from 6th Avenue up past a newly planned interchange with I-70 at Quail Run Road. Then the improvements would continue north of highway 36/Colfax Ave as the newly created connector would curve to the west to the Imboden Road alignment, then assume the existing Imboden Road alignment from south of 48th Avenue to the boundary of the city of Aurora. Imboden Road continues north through Adams County to 152nd Avenue.

Again, those are part of the long-term plans. These immediate improvements on Imboden Road will include the paving of the nearly two-mile section of dirt road as well as major drainage work. Aurora’s Transportation Project Delivery Manager Matt Kozakowski tells me this stretch of road comes with some complications, engineering considerations and regulations that need to be accounted for including a major drainage basin.

“This mile of road has three drainage crossings. One of which has a contributing watershed large enough to dictate the involvement of Mile High Flood District (formerly “Urban Drainage”) design review. The roadway’s vertical geometry must be adjusted to accommodate the drainage crossings. Lastly, the city must provide water quality treatment for the runoff generated by the new impervious surface. This requirement is dictated by the city’s MS4 (Municipal Separate Storm Sewer System) Permit with the EPA, which is a requirement of the Clean Water Act.”

Funding for the $2.6 million project has been allocated and the design is currently at approximately a 60% progress level. The planning and design for this project is taking longer than other paving projects to ensure that the roadway geometry and drainage is in compliance with standards.

The city has received concerns from citizens in an increasing frequency as regional traffic grows. That increased traffic as well as the close proximity to the major drainage basin has a direct correlation to the amount of increased maintenance needed to keep the roadway in good order. As a result, the city has increased its maintenance and grading operations accordingly to keep the road in good condition until the time that it is paved. The city says this proposed project to pave Imboden Road will address these issues.

The final design for the improvements and paving was scheduled to be completed this summer. The bidding process for the actual construction work is anticipated to follow fairly soon after the Notice to Proceed is received. Another potential delay for this project is the procurement of the easements from the adjacent property owner. The negotiation process for those easements has already started but it has potential to delay the project. The goal is to complete all the work and paving during this year’s paving season.