Driving You Crazy: The new traffic light has created chaos for the intersection of Gun Club & Quincy

Is there a plan to revamp this whole intersection? 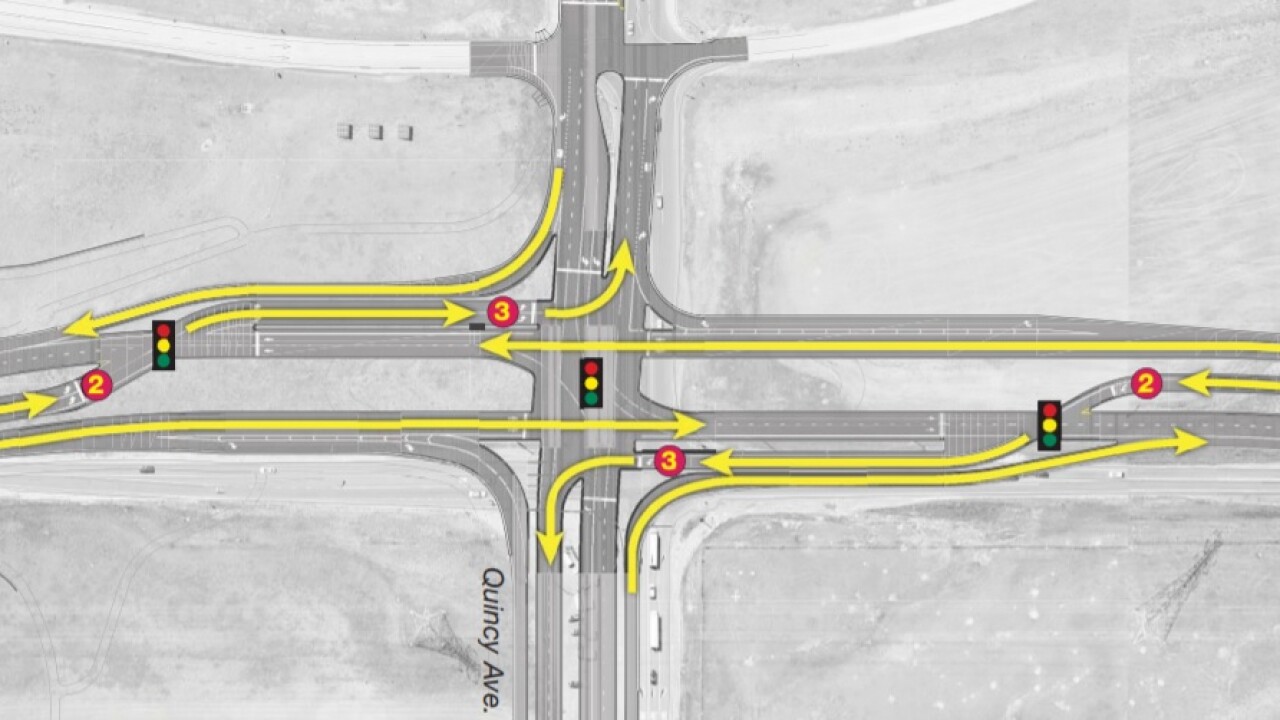 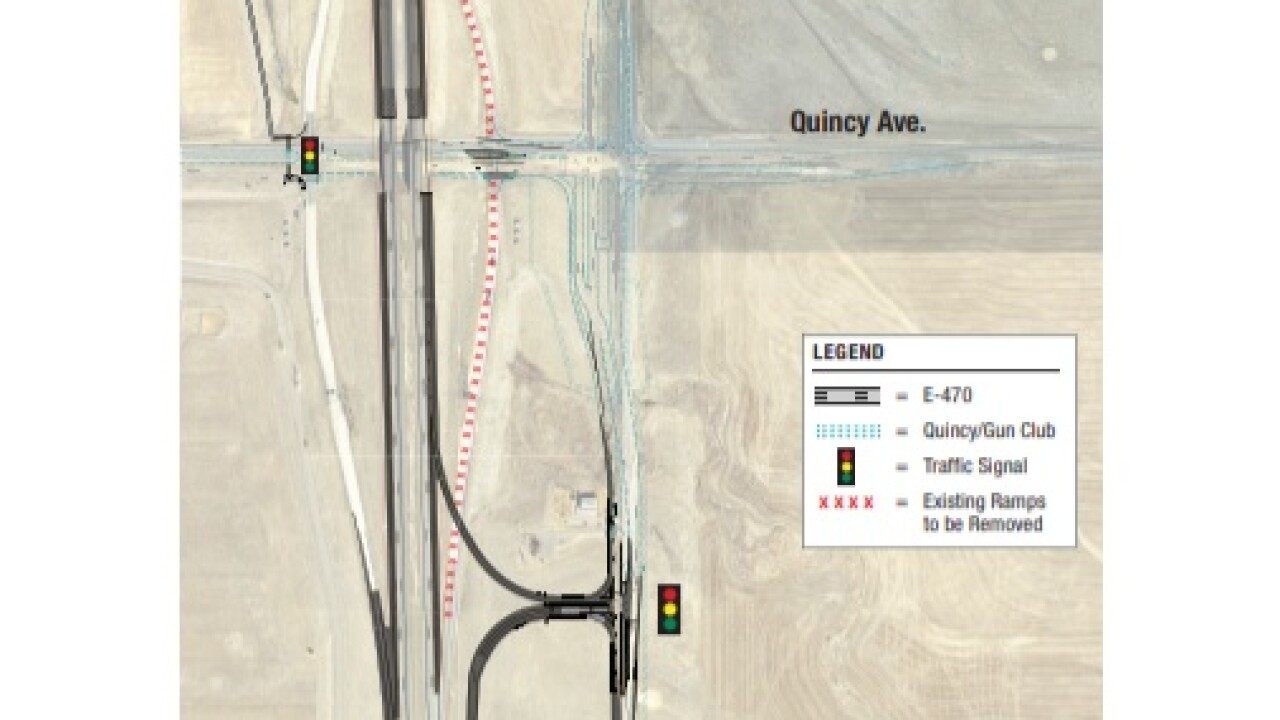 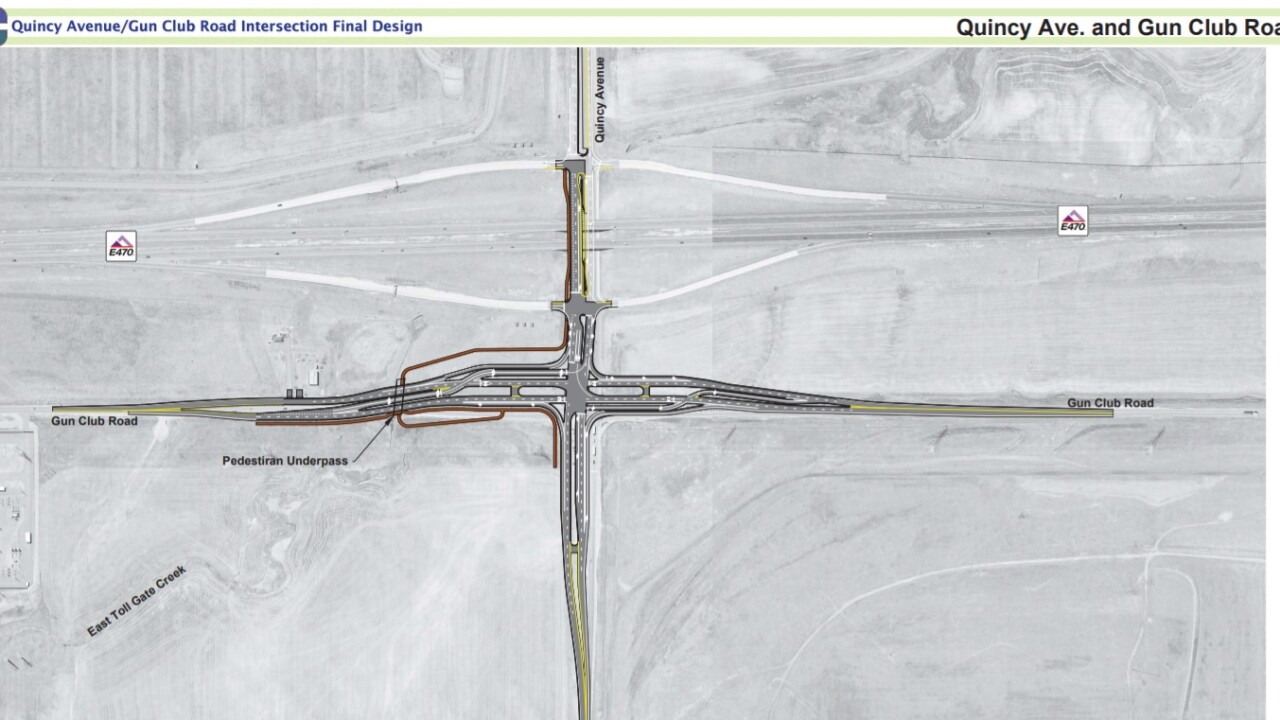 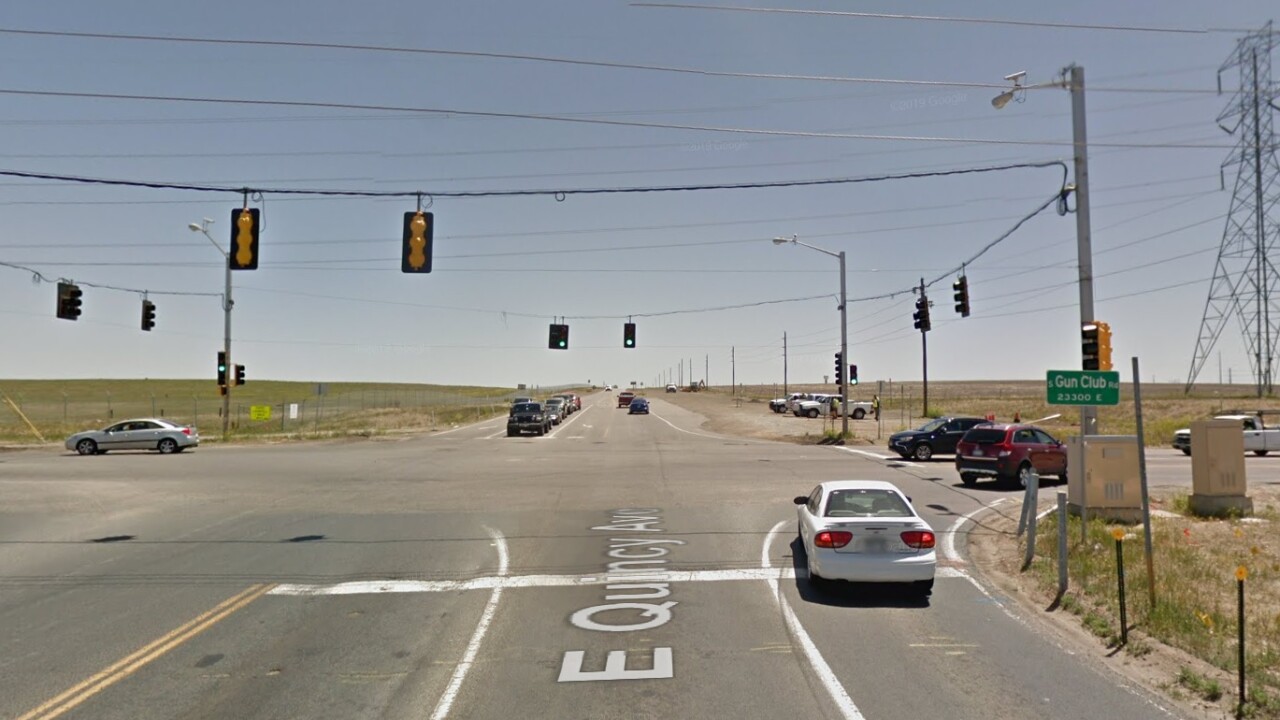 Kristen in Aurora writes, “What's driving you crazy? There was a light recently added at northbound E470 and Quincy to help with exiting traffic, but it has created chaos for the intersection of Gun Club and Quincy - which was already a mess. Traffic backs up on both directions of Gun Club and on eastbound Quincy. Is there a plan to revamp this whole intersection in the near future?”

You are right Kristen, that interchange is a mess but there is a double-layered plan in place to make it much better. The intersection of Quincy Avenue and Gun Club Road experiences significant congestion, especially during the morning and evening rush. One of the most frustrating parts is with the very long waits at the traffic signals that can take three or four or five cycles to get through. I reported about the traffic light problem and congestion issues there back in 2016.

The original idea back then to improve traffic flow was to widen Quincy under E-470, improve the signals at the E-470/Quincy ramp and improve the interchange just east of there at Quincy & Gun Club. Now the plan has changed into two projects that are separate but connected. I’ll explain the new plan in just a bit.

Last year, temporary traffic signals were installed at the ramp from northbound E470 to Quincy with this goal, provide some temporary relief from all the congestion until permanent improvements could be made. Unfortunately, E-470 tells me there has been some “operational issues” with the lights due to how close the Gun Club/Quincy Avenue signals are to the exit at E-470. The traffic light at the bottom of the ramp and the lights at the intersection of Gun Club and Quincy are currently working off “timing cycles” and area not talking to each-other. Traffic engineers with Arapahoe County and the City of Aurora tell me they are working to interconnect the two signals which, they say, will really improve the traffic flow through both intersections. The problem is that they are still waiting for the hardware and software to make the final upgrades. Another improvement they are making will be new traffic cameras installed at the Quincy ramps, so the county can monitor traffic flow during busy times and make adjustments to signal timing as needed.

As for the long-term changes, the plan now is to move the ramp from northbound E-470 exiting Quincy and the ramp from Quincy to northbound E-470 a bit to the south connecting with Gun Club Road. This new design moves half of the E-470/Quincy interchange away from the busy Quincy & Gun Club interchange. By moving the Quincy/E-470 ramp, traffic engineers hope to alleviate much of the congestion that currently pours in from E-470 to Quincy Avenue and continues over to Gun Club Road.

Part two of the redesign will transform the Quincy/Gun Club interchange into a Partial Continuous Flow Intersection or PCFI. Traffic engineers describe it as a modern and efficient approach to solving the congestion issue and anticipate a better flow of traffic through the interchange. When the improvements are complete, you will no longer wait at a long traffic signal when turning on to Quincy Avenue from Gun Club Road. You will be able to enter a turn lane about a quarter mile away from the intersection. That lane will allow you to continuously flow as you bypass the intersection and enter on to Quincy. These projects require coordination with several agencies including CDOT who owns the north section of the intersection and the City of Aurora who owns Quincy Avenue. Arapahoe County owns the south section of the intersection and of course there is E-470.

When will the work start and end? The Gun Club Road/Quincy Avenue project should start by August of this year and be complete in mid-2020. The E-470 northbound ramp relocation project will be timed to coincide with the Quincy/Gun Club intersection project and is scheduled to begin this summer and be complete by December 2020.
The total anticipated cost for both projects is $23 million with money coming from the City of Aurora, Arapahoe County, E-470, The South Aurora Regional Improvement Authority and Federal funding.

If you would like to see some drawings of the new PCFI and keep up with the future plans you can get more information from Arapahoe County or E-470.