Driving You Crazy: The mobile speed sign is in a 30pmh zone but is set at 25mph 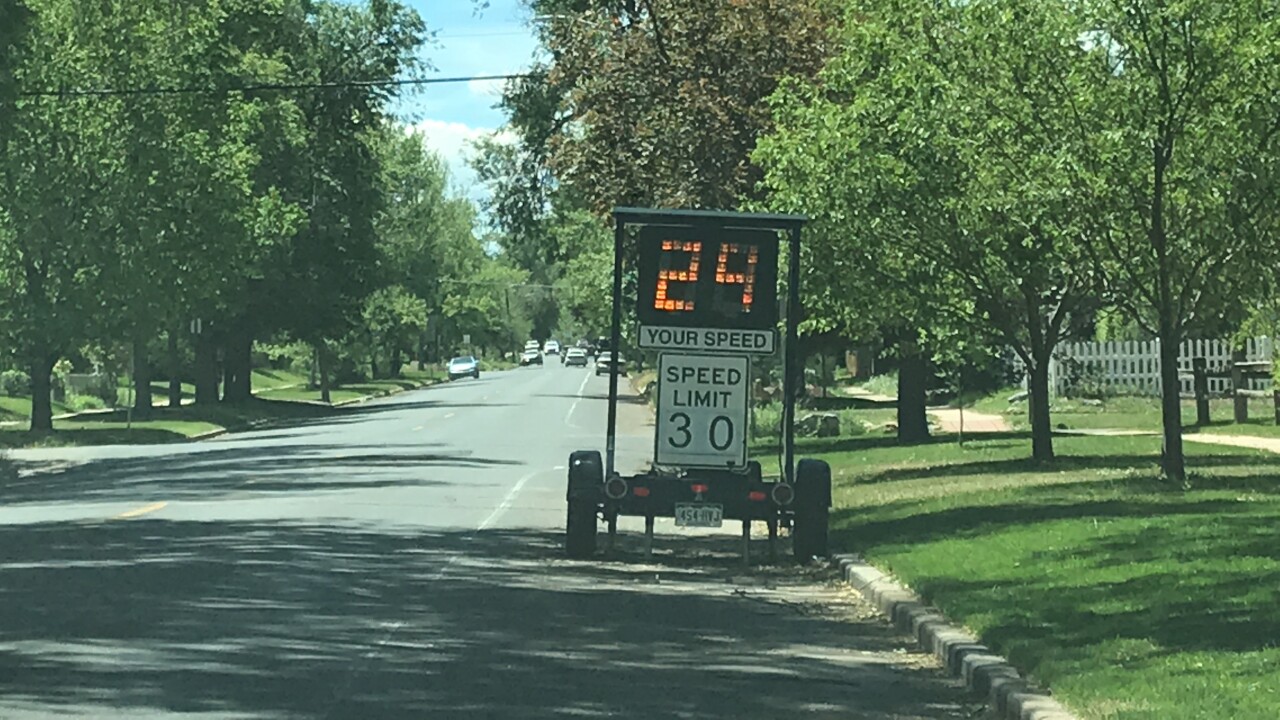 Josh from Denver writes, “What's driving you crazy? The mobile speed sign on southbound Downing Street just south of I-25. It's a 30mph zone and the mobile sign displays that it's a 30pmh zone, but the mobile sign appears to be set to 25mph. This means that it flashes at drivers to slow down if driving over 25mph. However, it's a 30 mph zone. In effect, it makes drivers hit their brakes, unnecessarily, further causing the back-up at the Downing and I-25 off ramp. This should be an easy fix...either get rid of the mobile sign, or at least re-program it to the correct speed limit for the street.”

Josh, I went to look at the sign and it does, just as you say, flash when someone is driving at 25 mph or more. And you can clearly see from my picture that the speed limit sign attached to the machine reads 30 mph. Most of the time, the radar measuring speed is programmed to flash the results only when someone is going over the posted speed limit.

I asked Denver police about this sign and they tell me they sent their traffic operations to check out the speed trailer. After examining the machine, they believe the issue may a glitch in the computer. They decided to move the trailer so they can work on fixing the problem before putting that machine back in service on another road.

DPD tells me the speed trailer was originally placed there on south Downing Street after a resident complained about seeing a high number of speeding drivers. As far as I could tell, it worked. During the time I watched the sign, I didn’t see any driver go over 35 mph which would be 5 mph over the speed limit. I too noticed just about every driver slowing down as soon as they saw how fast they were going flashing on the sign in front of them.

By the way, these specific speed trailers are intended for public education and awareness and are not certified to issue citations. That must be done by the DPD photo radar vehicle. That vehicle has an observer inside the vehicle and is equipped with certified speed detection devices used to issue official speeding citations.