Driving You Crazy: The merge from southbound I-25 to Meadows Parkway is so dangerous, viewer says 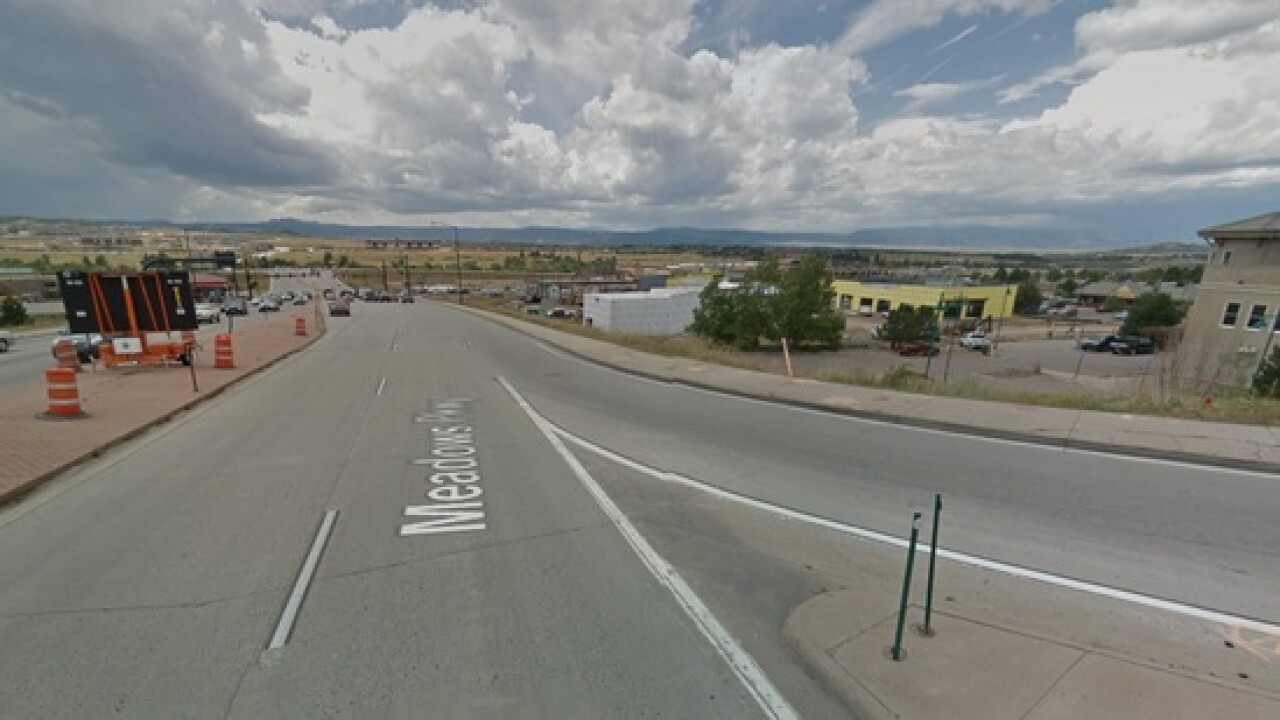 Genevieve from Castle Rock writes, “What is driving you crazy? The southbound exit to Founders. The right turn doesn't yield or stop. Westbound traffic tries to move to the right lane to turn into the mall and traffic exiting the highway doesn't yield and tries to move to the right lane. Why hasn't CDOT put in a yield or right turn on red? With the development, traffic volumes have increased. Weekend and weeknights are very dangerous through there.”

I’ve had problems there, too, Genevieve, when I’ve tried to get to the outlets or the Lowe's over there. As you probably know CDOT finished a project last fall to improve the traffic flow at Meadows Parkway over I-25. While that additional lane helped eastbound traffic, it did nothing to help move traffic from southbound I-25 to Highway 85 or to the Meadows.

That ramp from southbound I-25 to Founders Pkwy. has what they call a "right turn bypass". It allows traffic to keep moving without waiting at a signal. As you say, that lane also serves as the lane to get over to the outlets. I asked Emily Wilfong, CDOT Region 1 Communications Manager, about that area. She tells me the problem is that too many drivers are trying to merge from one lane to another.

The solution could be in the way the traffic signals at the outlets are timed.

"We are still giving as much time as possible to the ramp, but that area has been reconstructed and can use a re-timing of the signals on Founders from Meadows to Allen," Wilfong said. "There is still some construction left to do at Factory Shops/Castleton, so once that is done, we will take a look at implementing new timing.”

That area around the outlets has seen tremendous growth lately and more is on the way with the new development on the north side of the outlets.  CDOT and the town of Castle Rock hopes the new Castle Rock Parkway interchange will take much of the traffic that uses Meadows Parkway and ease congestion at the Meadows/Founders exit. Only time will tell, but I’m pretty sure the new road into the Meadows, when it is opened, will be a much quicker option to get home.