Driving You Crazy: The light on Santa Fe at Meadows only lets a few cars past at a time 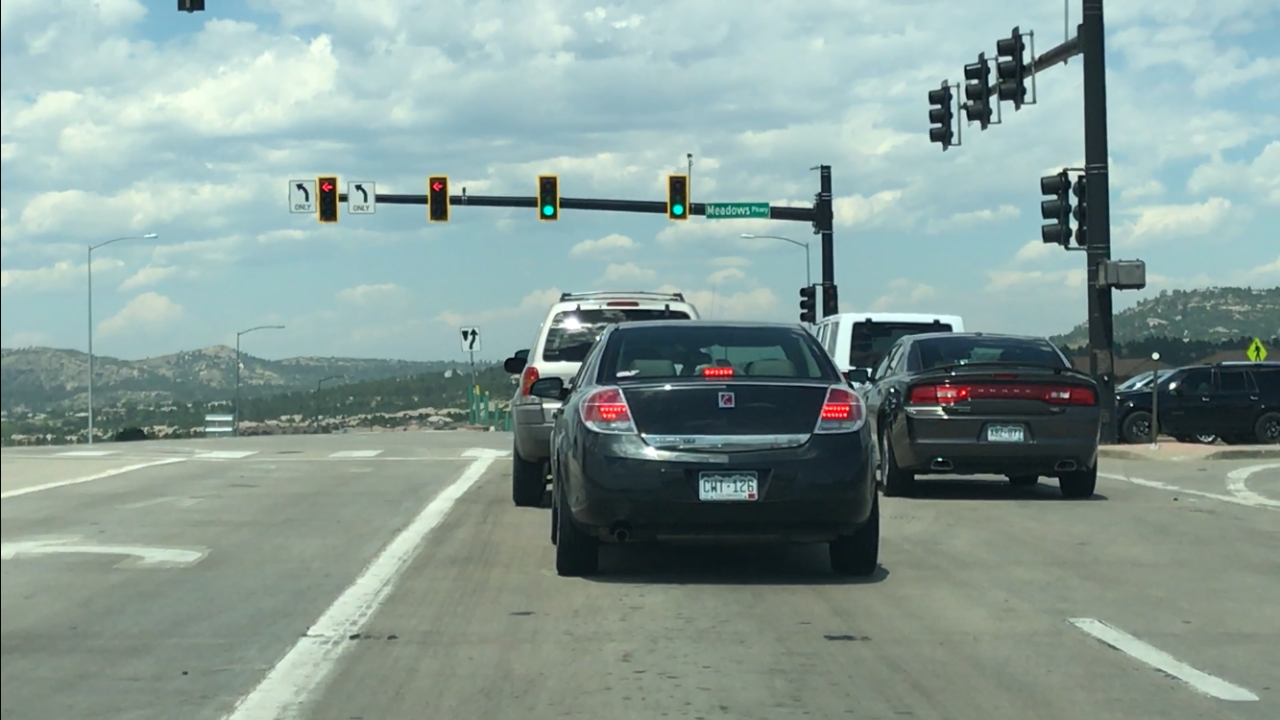 Talena from Castle Rock writes, “What’s driving you crazy? I have a traffic issue that maybe you could look into. There is specific stoplight in Castle Rock going north on Hwy 85 (Sante Fe) at Meadows Parkway. Its cycle is so short that it only lets 2 or 3 cars go before turning red and people are constantly running the light. You have to wait several cycles to get through the intersection.”

Having a short cycling light is tough enough but then on top of that, there is a water line project in the same spot that has a lane blocked. I watched traffic at that light and noticed that the light for northbound traffic varies depending on the amount of traffic waiting at the light. At longest the light was green for 24 seconds. At shortest it was green for 13 seconds. I also noticed that the time the light stays green for northbound traffic varies depending on how many people are turning left from southbound Santa Fe to eastbound Meadows Parkway heading for I-25.

CDOT is in charge of the timing of that light and they say they have some relief on the way. They are right now conducting a “comprehensive corridor signal timing study project” for the not only the light there at Santa Fe and Meadows Parkway but for all the lights that feed to it and from it. CDOT is looking at the lights at the outlets, I-25 and along Founders Parkway. Founders Parkway is also State Highway 86 and falls under CDOT’s jurisdiction. The plan is to implement the new and improved signal timing sometime this fall.

The tricky part of changing the timing of a traffic signal for any city or county or the state is that the new light timing can change way traffic flows down the line. Even changing the length of a turn arrow has impacts on other directions of travel and potentially other intersections down the road. This is why traffic engineers look at the overall signal network when looking at signal timing changes. Their overall goal is to provide enough green light to handle the adjusted amount of traffic that flows down the line.

As for the Castle Rock water line project, construction is scheduled to wrap up by then end of August. You can learn more about that project from this link.