Driving You Crazy: The light exiting Elitch's is too long and we are trapped in the parking lot 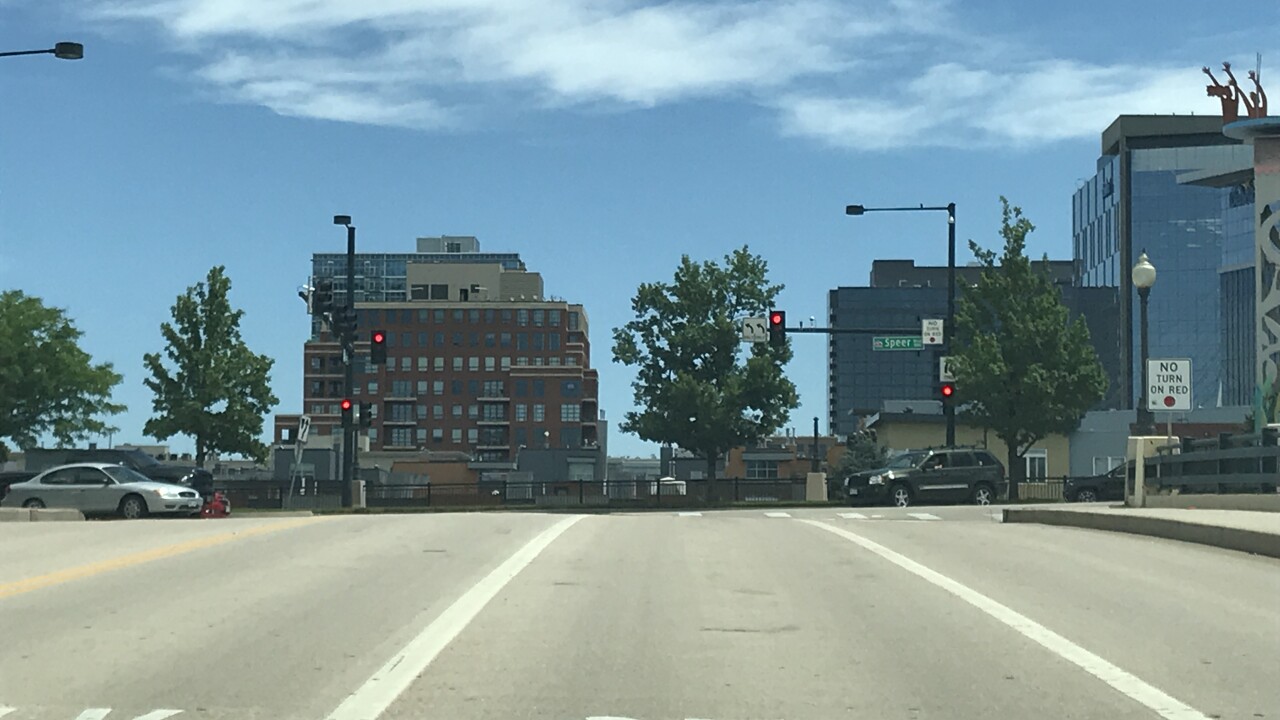 Donna from Denver writes, “What’s driving you crazy? There is a very dangerous situation down here at Elitch’s. Because of the weather we had to leave but we can’t get out of the parking lot because of the traffic light on Speer. The light does not change often so we have to wait in the parking lot for a long, long time. We have been here for over 20 minutes and we feel like we are being held hostage. I contacted Elitch Gardens about it and they say that Denver told them the city refuses to change the timing of the traffic light. We think it’s extremely dangerous to trap us in this parking lot.”

I too have waited at that light for what seems like a long, long time. Longer than most other lights so I can understand your frustration. To compound the problem the Elitch’s exit is also signed as a no turn on red preventing that traffic from turning right on Speer until the light turns green. I took your complaint to Denver Public Works. They tell me the total length of the light cycle at Speer and Elitch Circle is 150 seconds during morning and afternoon peak travel times. Off peak times the total light cycle time is 135 seconds.

Of that time, Elitch Circle receives 38 seconds of green time. So that means you are sitting, waiting in the Elitch’s parking lot for 1 minute 52 seconds for every light cycle during peak times and 1 minute 33 seconds during off peak times. That equals just six light changes every 15 minutes during peak times. Let’s say on average there are 30 vehicles getting through that 38 second traffic light. That only allows for 90 or so vehicles every 15 minutes.

Denver Public Works says the longer than usual traffic light cycle at Elitch Circle is needed to align with the traffic signal timing next to Pepsi Center on Speer at Wewatta. “There are more movements to serve that intersection including multiple, dedicated left turns. There is also a lot of pedestrian traffic on Speer at Wewatta, so we want to give pedestrians enough time to cross that intersection safely, which is a long one to cross on foot,” said Heather Burke with Denver Public Works.

I asked if the lights on Elitch Circle are on a timing cycle or does it have a sensor to change the light when it senses vehicles waiting? Burke told me, “The traffic signal does have a detection camera for vehicles to determine how much green time to provide on Elitch Circle. We prioritize Speer Boulevard traffic as the amount of traffic on Speer is higher than Elitch Circle and requires more time”.

This intersection was retimed last year as part of the downtown signal retiming project. Burke told me that Public Works set the length of the signal to accommodate all users of the intersection and the movements that are occurring, including people walking, biking, driving through the intersection, and turning. She added that DPW will continue to monitor this intersection to see if any additional adjustments need to be made.

As for the comment that Denver told Elitch’s that the city refuses to change the timing of the traffic light, Burke says, “Our staff has not received any calls from Elitch Gardens about this that I’m aware of… My understanding is that Elitch’s had to close early one day due to weather and everyone left at the same time, which is what caused the traffic backups.”