They cause damage to other vehicles and crashes 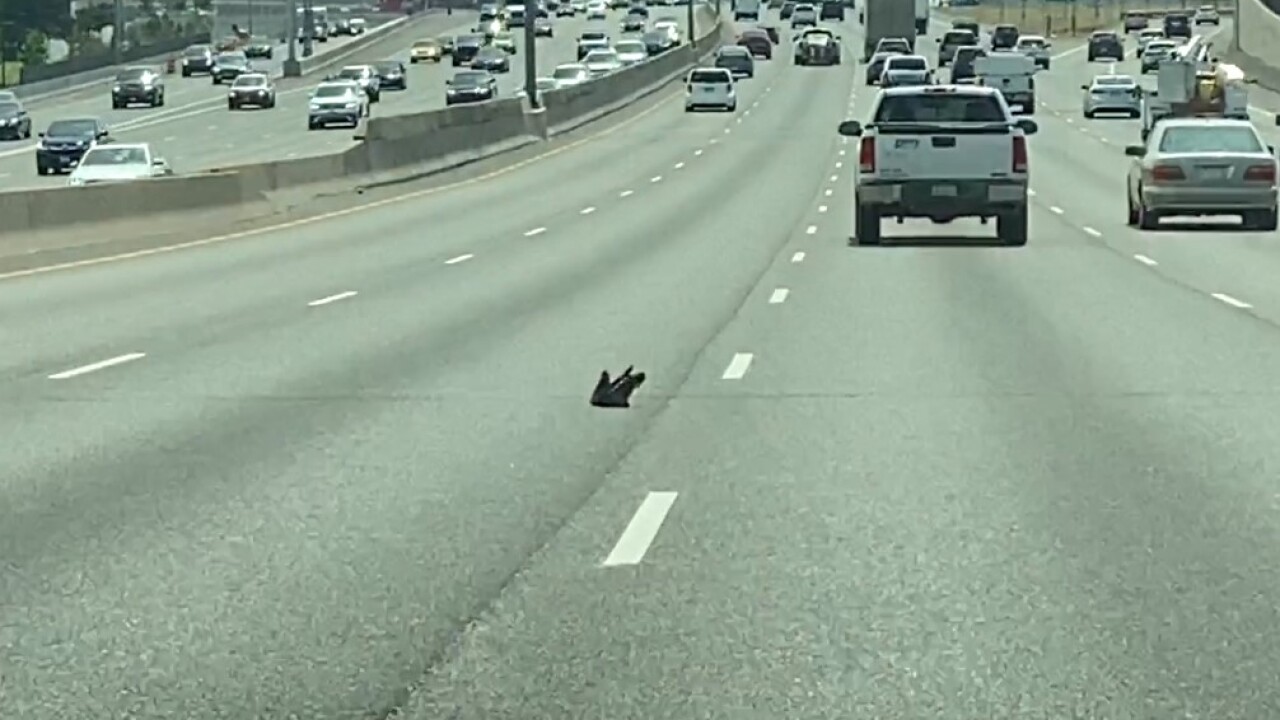 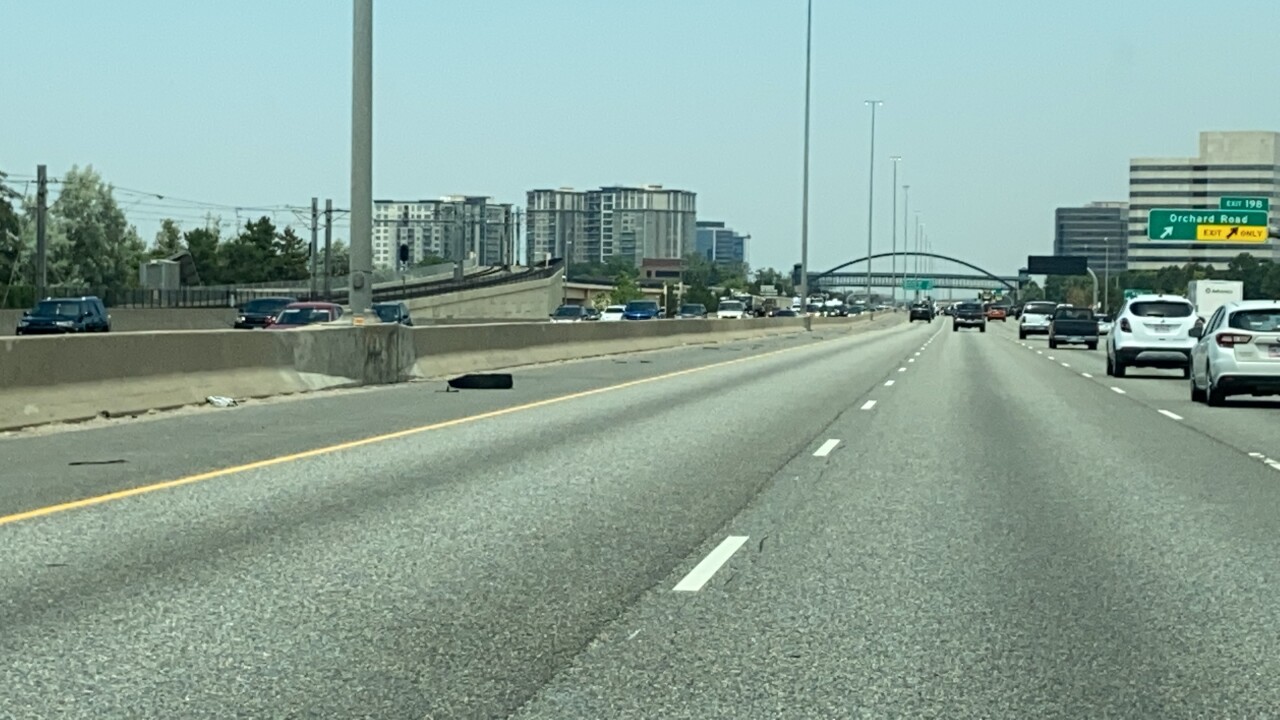 Charley from Longmont writes, “What’s driving you crazy? Recap tire treads coming off big rig trailers. They cause damage to other vehicles and crashes. They have steel cord running through them. Very dangerous. Buy new tires.”

Your concern Charlie is valid even though the risk of hitting a piece of retread is very, very low. There is real danger if a vehicle collides with pieces of rubber parts from a retread and that impact can cause significant damage to a vehicle. Fun fact: Those pieces of retread tires that come apart are called road gators because they look like the back of an alligator.

It has happened to me and it was quite startling. I was in Florida, driving on I-95 south of Jacksonville in the lane to the left and just behind a semi-truck. I heard the tire on the trailer blow and felt the impact as a chunk of the tire hit the car where the windshield meets the front door. I immediately moved out of the lane I was in and slowed down to avoid the larger piece of tire that was shredding off the trailer. I pulled over, checked out the car and found no significant damage. I was lucky, but many other drivers aren’t as lucky as I was that day. According to the AAA Foundation, more than 200,000 crashes have been blamed on all kinds of debris on U.S. roadways, some of which is tire treads or blown out recapped tires.

Retread, or recap, is a process that replaces the tread to the shell of a worn-out tire with a new tread. The trucking industry mostly uses retread tires. Other vehicles use them like mail delivery trucks, commercial and military aircraft as well as emergency service vehicles like ambulances and fire trucks. The estimate from tire capping companies is that almost half of all replacement truck tires are retreads. The reason so many trailer companies put retreads on their trucks is the much lower cost than new tires. They can cost half of what a new tire would cost. It’s like buying two for one and that means big money when a company is putting 8 tires on each semi-trailer.

According to Treadwright Tires, the big myth of retreaded tires is that they’re unsafe is not true. “Studies from both State and Federal Bodies have shown that most tire failures are caused by vehicles being overloaded or tires being underinflated. There is almost no difference in the rate of issues and accidents being caused by retreads than new tires.”

“If you removed every retread tire in operation from the roads today, you would not reduce the amount of tire debris on the highways,” says David Stevens, Managing Director for the Tire Retread & Repair Information Bureau. “The National Highway Traffic Safety Administration completed a comprehensive commercial tire debris study in 2008 in which they analyzed almost 1,500 tires and tire debris from our highways to determine what caused their failure or removal from service. Their conclusion is basically, when tires do fail, new and retreaded tires fail in equal proportion and those failures have nothing to do with the retreading or manufacturing process. Tires, both new and retreaded, fail because they run over debris already on the highway, they are run under-inflated or overloaded leading to heat build-up that can lead to tire failures, or they were improperly maintained or had other operational issues,” says Stevens.

According to CrashForensics.com, retread failures are misunderstood. “The common perception is that retreads have adhesion-related problems that result in the loss of tread from the tire casing. The real concern with retreads is related to the condition of the casing. The reliability of retreads relates primarily to the ability to inspect the tire casing and determine if defects exist. Tire defects can be hidden underneath the components of the tire and thereby extremely difficult to discover during a retread inspection.”

Even so, we all have seen the remnants of retreads, sometimes dangerously laying in lanes of traffic. There isn’t concrete data to show what percentage tire treads makes up roadway debris. According to a AAA report from 2016, “about two-thirds of debris-related crashes are the result of items falling from a vehicle due to improper maintenance and unsecured loads.” The most common types of roadway debris are: parts that became detached from a vehicle, unsecured cargo like furniture and appliances, and tow trailers becoming separated and hitting another vehicle or landing on the roadway.

The number of times the tire goes round and round isn’t always the issue with retreads. Tire age is just as important as use to know when they might fail. Sean Kane, president of Safety Research & Strategies Inc., compares an aging tire to an old rubber band. "If you take a rubber band that's been sitting around a long time and stretch it, you will start to see cracks in the rubber."

Kane and his organization have identified over 250 incidents in which tires older than six years have experienced tread and belt separations, most resulting in loss-of-control and rollover crashes. Cracks in a tire's rubber begin to develop over time, appearing on the surface and inside the tire as well. This cracking can eventually cause the steel belts in the tread to separate from the rest of the tire. Improper maintenance and heat accelerate the process.

The Rubber Manufacturers Association says there is no way to put a date on when a tire expires because of factors like heat, storage, underinflation and conditions of use. National Highway Traffic Safety Administration research has found that tires age more quickly in warmer climates. NHTSA also found that environmental conditions, such as exposure to sunlight and coastal climates, can rapidly increase the aging process. Many times, truck trailers will sit in a yard waiting to be put into service. That time out of service is still slowly wearing out the tire.

Just like new tires, how a retread tire is cared for can affect its life. Underinflation, hitting potholes or curbs, speed of use, total load weight, highway vs non-highway miles and driving style can all affect tire wear. Only proper maintenance can ensure a longer tire life but often trailer tires are neglected until they explode while driving.

If you unfortunately hit a chunk of tire tread or any other kind or road debris, who covers the damage depends on if you can prove where the debris came from. As I explained in an earlier piece, if something comes off of or out of another vehicle, that driver is liable. If you hit something already on the road and don’t know or can prove where it came from, you can file a claim with your insurance company if you have comprehensive coverage.