Driving You Crazy: I-70 road noise, from trucks mostly, has been getting much worse 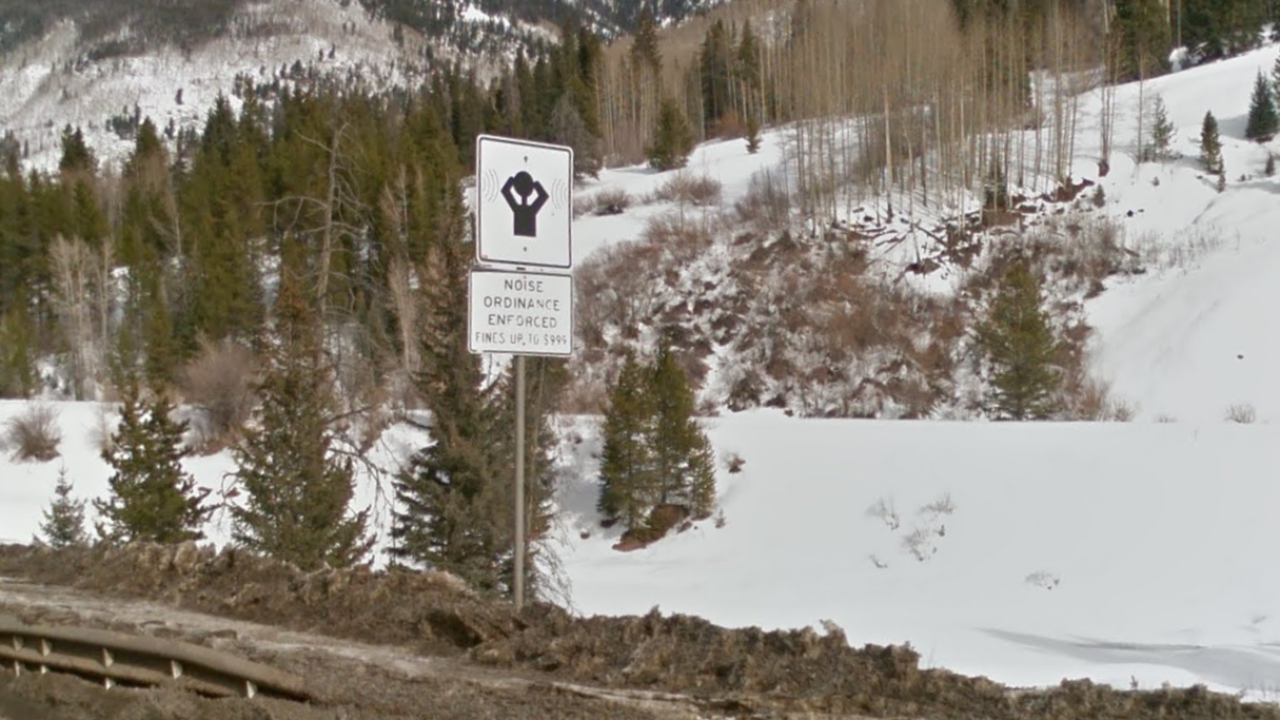 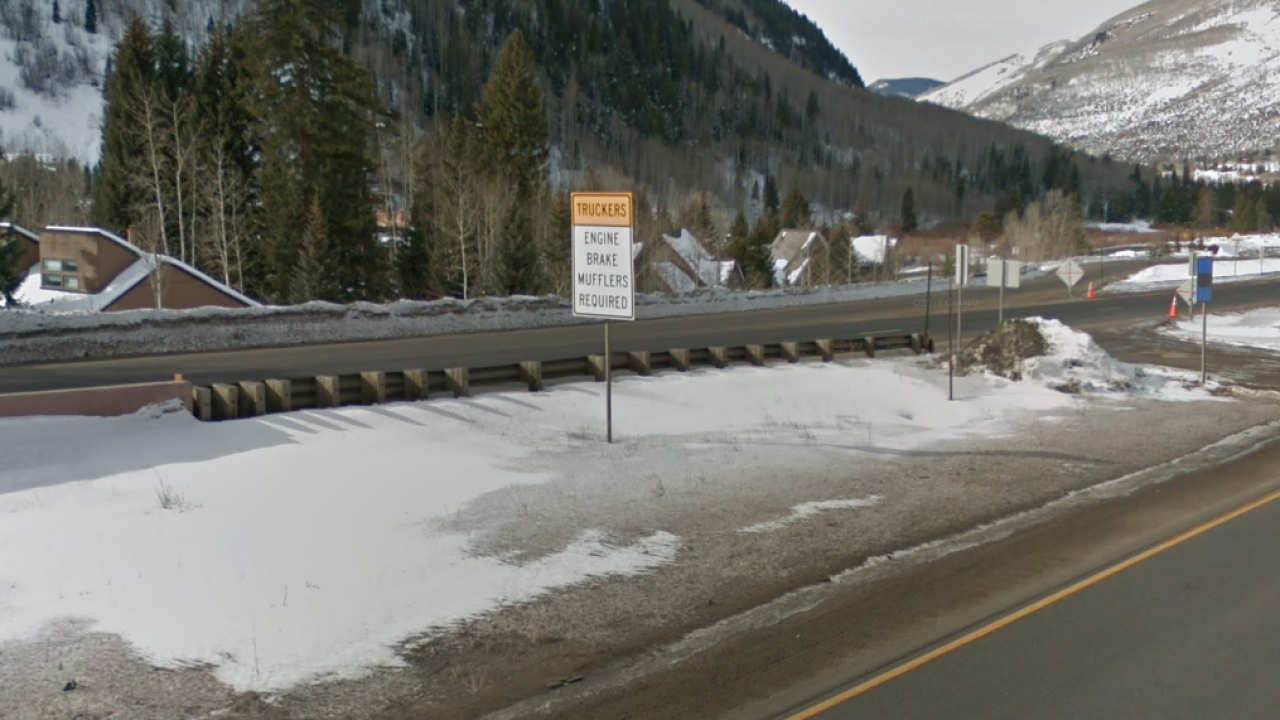 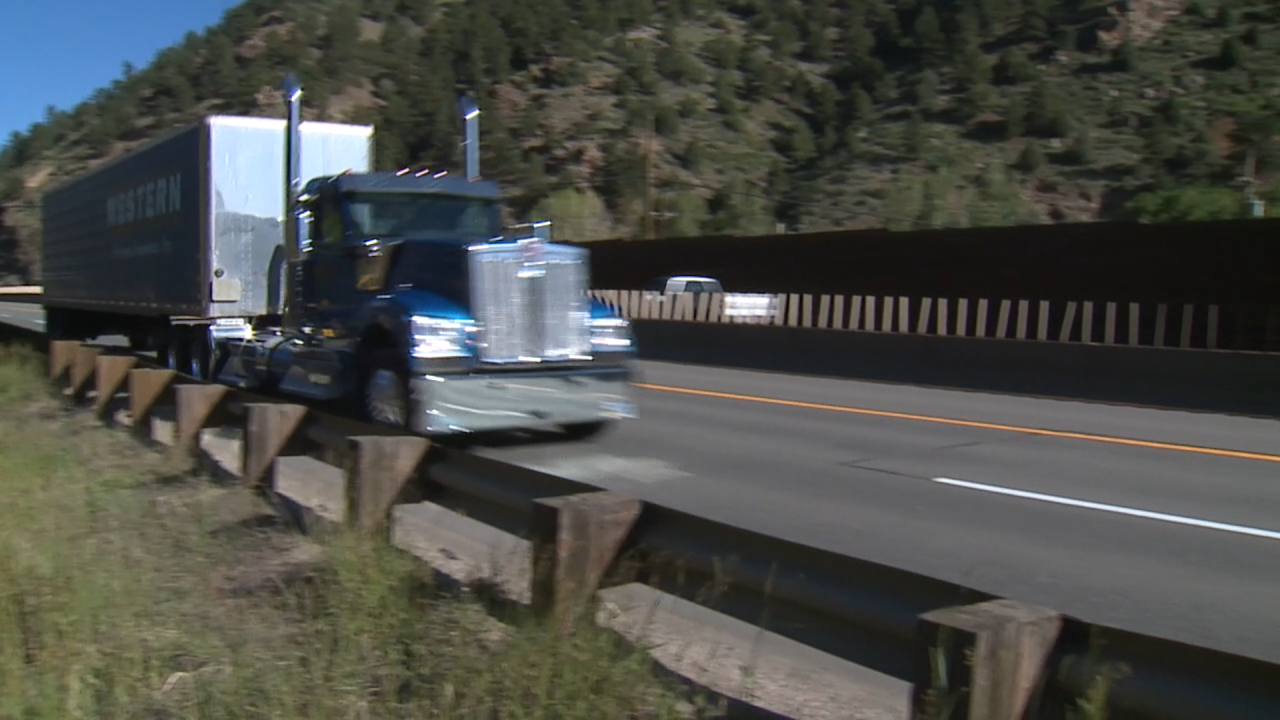 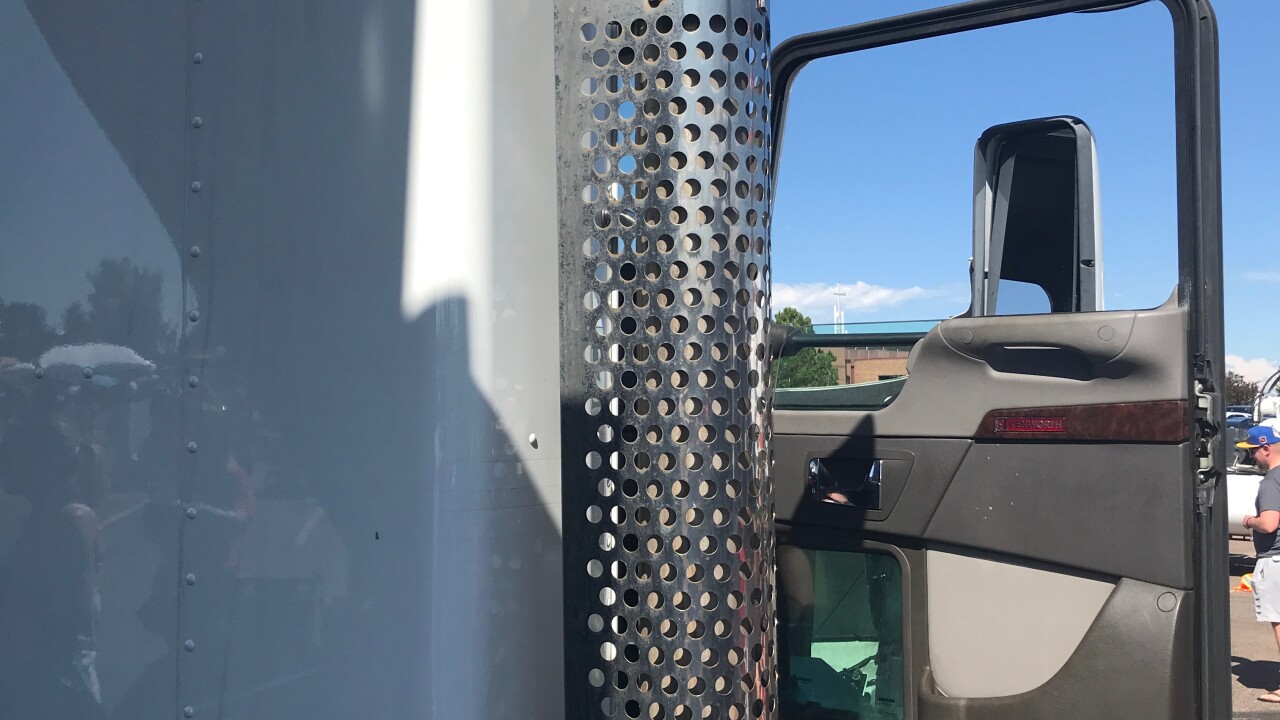 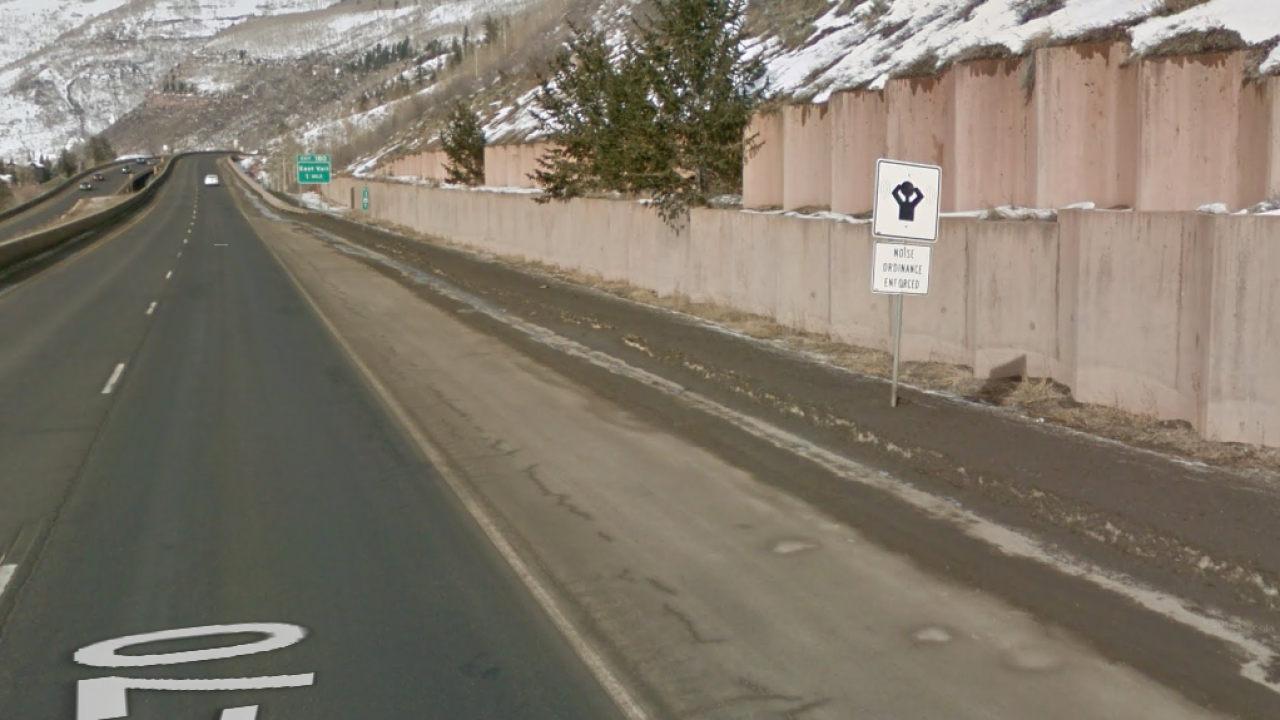 Mark from Evergreen writes, “What's driving you crazy? I-70 road noise, from trucks mostly, has been getting much worse. CDOT has removed the no engine braking signs all along I-70. Has the law changed so that the state no longer has to regulate interstate highway noise or is this just the trucking industry lobbying?”

Highway noise along I-70, specifically the use of unmuffled engine compression brakes by large trucks, has been an especially contentious annoyance for almost as long as the highway has existed. Because of the steep terrain along I-70, engine braking is common. When engaged, the “Jake brake” uses pressure from the truck’s engine to slow down the vehicle. Because the engine brake does not have a separate exhaust, the noise created by the braking system, that thumping revving sound, is vented though the truck’s standard muffler. In mountain canyons, that annoying sound can echo for a long, long way particularly when it isn’t muffled.

The Environmental Protection Agency limits the noise level of trucks manufactured after 1986 to 87 decibels at a distance of 50 feet while traveling down the road. This limit applies to all of the noises made by a traveling truck, including the engine brake. For example a motorcycle at 25 feet is 90 dB as is a typical lawn mower from right behind it. A garbage disposal and freight train is about 80 dB at 45 feet.

Almost 10 years ago CDOT spent some time taking sound measurements in Vail. Those tests revealed that a tractor-trailer with a functioning muffler and the engine brake on registered about 85 dB . A similar truck using the engine brake with the muffler disconnected registered almost 100 dB. CDOT also learned during the tests that noise walls are minimally effective in reducing engine brake noise as the sound is generated at the top of the exhaust stack which is located 10 or more feet above the surface of the road.

CDOT determined the key to reducing the noise from engine brakes along I-70 is the regular inspection of and maintenance of standard mufflers on all large trucks in Colorado. Engine brakes are considered a key safety component, particularly along the I-70 corridor so CDOT will not restrict the use of Jake brakes. However, CDOT has assisted local communities with this issue by installing "Engine Brake Mufflers Required" signs along selected highways.

“’No engine braking’ signs have never existed on I-70 to my knowledge,” said CDOT Traffic Operations Engineer for the greater Denver area, Ben Kiene. “We do have 'engine brake mufflers required' signs that inform truck drivers of statute requiring them to have mufflers if compression brakes are used. Prohibition of compression braking altogether would diminish safety on steep grades.” Truckers who routinely drive I-70 agree.

Greg Fulton, President of the Colorado Motor Carriers Association, tells me the truck brake noise problem comes down to a few bad drivers. Fulton says he knows about some truck owners who have a compression brake system but still purposefully remove the muffler from the truck because, “these folks like the look and sound”. Existing state law imposes a $500 fine for commercial vehicles without a muffler. The enforcement of this law is the responsibility of local police and the Colorado State Patrol. CDOT believes enforcement of muffler use is the most direct noise mitigation measure.

Fulton says the truck noise issue could also be described as old vs new. “The overall noise level from trucks is actually down and the noise level on a newer truck is not noticeably different than a car. There is only a small percentage of trucks that tend to generate high decibel levels which are the big part of the problem for noise emanating from trucks.”

One reason you might be noticing more noise along the corridor is the increase in traffic, especially truck traffic west of Denver. With more traffic comes more congestion and that congestion causes braking. Another conflict Fulton points out is the rapid growth of mountain towns. “Some of the problem is that we have had developments being built close to the interstate which is much like building developments closer to the airport. This puts many residents closer to higher noise corridors,” Fulton said.

Not all of the noise on I-70 comes from truck engines and brakes. Many motorcycle riders choose to modify or remove the muffler from their bike. The usual reason bikers cite is for safety, “loud pipes save lives”. The decibel level from those motorcycles is extremely high, well in excess of any truck with a muffler. Older cars and pickups may also have faulty or modified mufflers that can generate excessive noise levels.

Many states have passed motorcycle and truck noise legislation which has helped curb the problem. Unfortunately, as Fulton points out, we still have some drivers that seek to violate the noise laws because they think it is “cool”. “I can tell you that no major fleets allow for this practice because of the poor image it portrays and the disturbing nature of the sound. Our companies actually let local or state law enforcement know when they see these trucks because it is important to us that we are good neighbors and we live here too and don’t wish that form of noise pollution,” Fulton said.

CDOT has been looking for ways to make I-70 less noisy but in the absence of a major highway project, CDOT does not usually mitigate noise for existing highways. The most effective noise reducing method tested around the world has been to put a traffic tunnel over a highway to cover the entire roadway. That is obviously not cost effective nor feasible along I-70 in the Colorado mountains. Quiet pavements have also been used outside the United State to minimize road noise and have proven to be quite effective. Under Federal Highway Administration requirements, quiet pavements cannot be recommended as a stand-alone abatement. Only combinations of abatement actions like barriers plus quiet pavements may be used together to provide a higher level of environmental protections and to achieve greater overall levels of noise reduction. Both are important considerations along the I-70 corridor.

Another effective noise mitigation technique is to use raised earth. Noise berms are constructed from natural earthen materials such as soil, stone and rock. Noise berms generally occupy more space than a wall type of barrier. However, there is a hybrid wall, earth noise barrier already used along I-70. CDOT constructed the Silver Plume noise wall in 1994 using recycled plastic shell pockets design for vegetation. Plant cover was never established on the wall due to the harsh mountain conditions. The 1,200-foot-long wall varies from 9 to 14 feet in height and runs parallel to the westbound shoulder of the interstate and the westbound entrance ramp west of the town center. This wall provides a reduction of 5 to 10 dB of highway noise based on field observations.

Unfortunately, I-70 road noise is not going away as it is one of the consequences of Colorado’s growth.