Driving You Crazy: Do I need to clear snow from the top of my school bus? 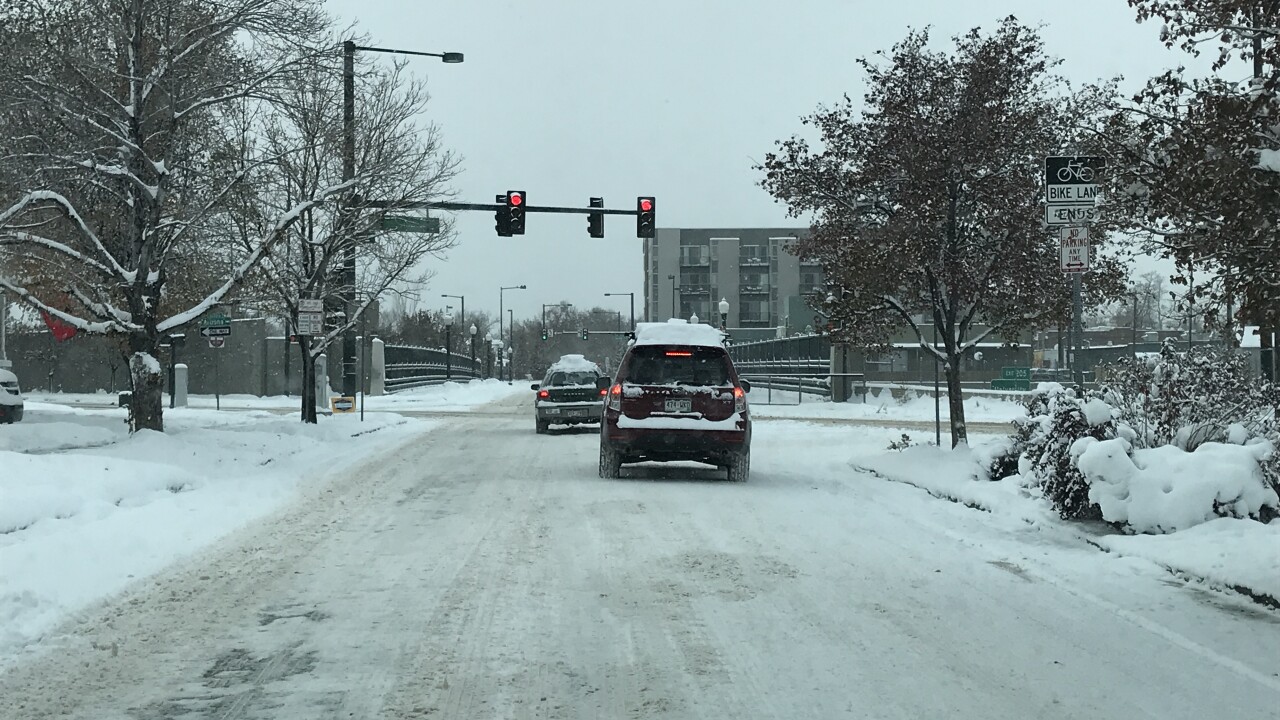 Wil from Lone Tree writes, “My wife and I watch your reports every morning starting at 5am. Yours are the best. My wife and daughter drive I-25 every day to get to and from work in Castle Rock. My question is related to an earlier story about snow falling off cars and being ticketed for littering. Does that also go for school buses? 4 of my 5 family members work for Douglas County Schools Transportation including myself. Thank you.”

Let’s start with the story that you referenced. There is a man in Michigan who says he cleared snow off his windows but didn’t get some of the snow that was on the roof of his truck. He was pulled over and charged with a misdemeanor for littering. Michigan is one of a handful of states that require drivers to clear all the snow and ice from their vehicle, not just the windows. The risk comes from flying snow and ice off of a vehicle. Blowing snow can limit the visibility of the driver behind that snow and if an ice chunk comes loose, that could break a windshield or cause a wreck.

Since you are in Douglas County I checked with the sheriff’s office. They tell me as far as cleaning off the top of your bus or any vehicle, it is not mandated by state law. “The only statute that would apply is 42-4-201, which is Obstruction of View, that requires an unobstructed view through the front windshield and front side glass, said Sgt. Jeff Miller.

The Colorado State Patrol says other law that could be applicable would be Colorado Revised Statute 42-4-1407 (1), which states you cannot drive a vehicle with the load blowing, dropping, sifting, leaking, or otherwise escaping.

“It is a safety concern if they have to stop or accelerate and that large amount of snow shifts, which frequently happens, and then blocks their windshield,” says Sgt Blake White with the Colorado State Patrol. “We see this frequently when people do not clear the snow from the top of the vehicle and come to a stop. They are then stuck blocking the road because they cannot see, which creates a hazard for them and others.”

And if an officer sees this happen and the driver doesn’t clear the snow and it blocks their vision, they may be in violation of the law.

Sgt White added, “As far as the school bus goes, ideally we would like them to clear the bus of all snow. The responsibility of who does that would be up to the district. If there was an issue from the school bus not being cleared, the responsibility will first fall on the driver as the operator and could extend to the school district itself. This could end up creating a civil liability if your failure to clear your vehicle results in damage or injury to someone else.”

According to the Burg Simpson law firm, if you are injured in an accident as a result of another driver’s failure to remove the ice or snow from his or her vehicle, then you might have a claim against that other driver for negligence. “The other driver’s failure would be judged by the standard of whether a reasonable person would remove all of the snow or ice from his or her car in the event you filed a personal injury lawsuit against the other driver. Therefore, there can be consequences to not cleaning off your car of ice and snow in Colorado aside from simply a ticket or a fine. You could find yourself facing liability for damages if your failure to clean off your car causes an accident.”

There are a few cities in Colorado that have passed local ordinances requiring drivers to clear their vehicles completely or make them liable for damage from blowing snow and ice. The fine for Obstructed View is $35 plus surcharges and does not assess points to your license.