Driving You Crazy: Can we get a green turn arrow from DTC Blvd to go west on E Union Ave? 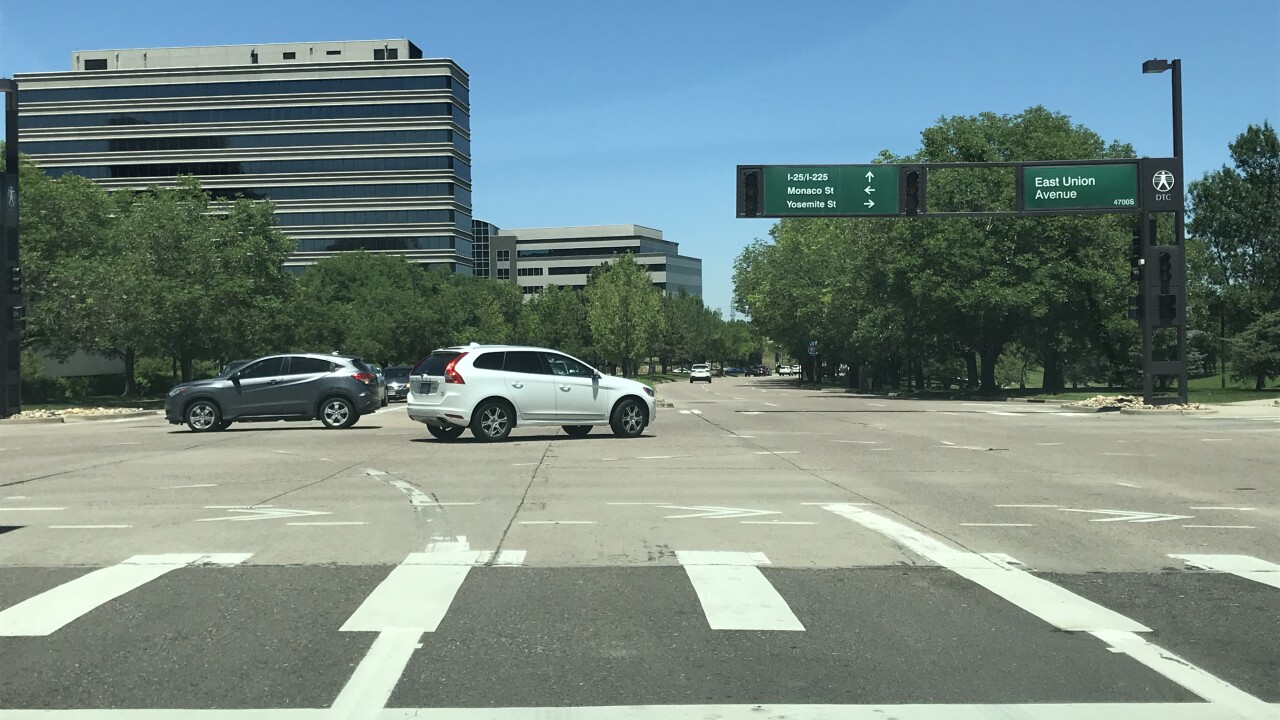 Bonnie from Denver writes, “What is driving you crazy? Northbound DTC Blvd, turning left onto E Union Ave, there is no left turn arrow, only solid green. The heavy traffic going southbound DTC Blvd makes it very difficult to turn and the traffic turning left from southbound DTC to Temple Drive blocks your view of oncoming traffic. I have seen numerous accidents at this corner. Now I know why!”

I get many questions regarding turn arrows added to traffic light all over metro Denver. It seems like such an easy process, put up a turn arrow. However, in the world of city, county and state government, it takes time. Sometimes, a long, long, long time.

Denver Public Works has been studying the traffic signal along northbound DTC Blvd. at East Union Avenue to see if the signal is a good candidate for a left turn arrow. First the city needs to look back at the crash history at the intersection. If an intersection has a pattern of crashes, then Denver Public Works will prioritize adding a left turn arrow to improve safety.

Currently there isn’t a plan to add the turn arrow, but Public Works tells me that does not mean that in a year or two or five, traffic patterns might change enough to warrant another look at the traffic flow.