Driving You Crazy: Can I cross the double white line when heeding the move over law? 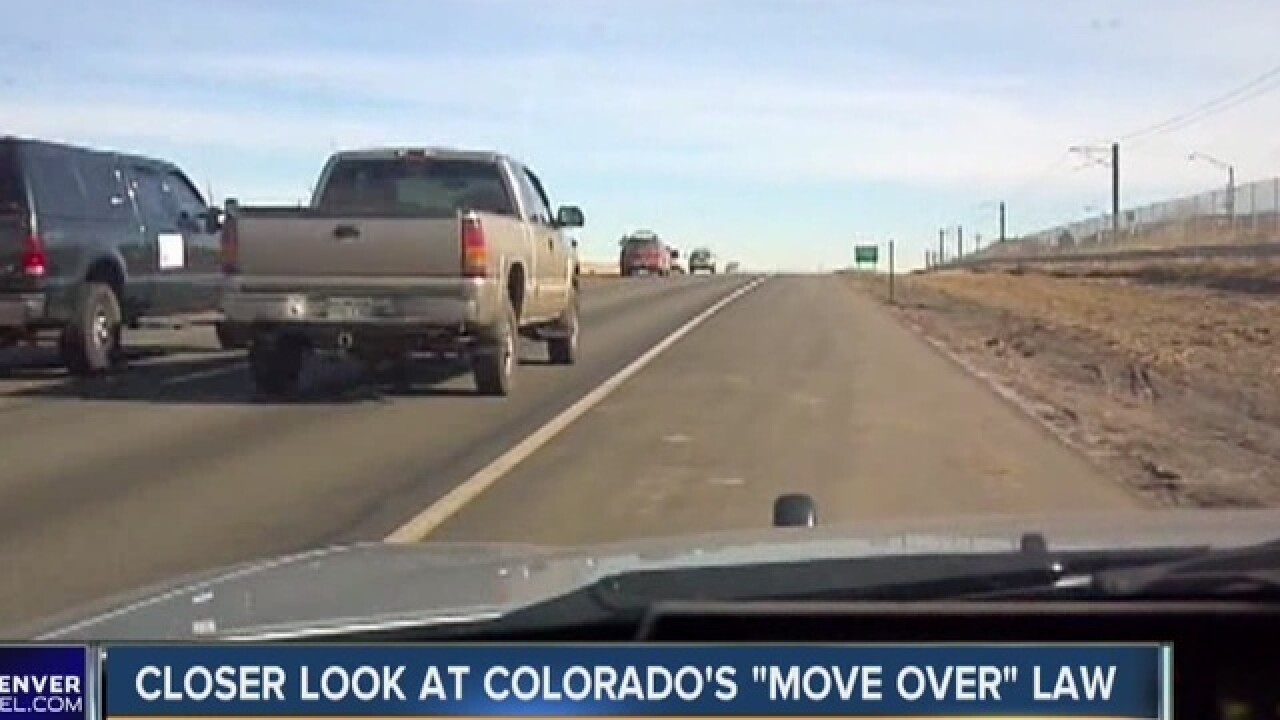 Ivy from Unincorporated Adams County writes, “What is driving you crazy? My daily commute includes the Boulder Turnpike Express lanes. I understand and appreciate the Colorado Move Over law but I’ve wondered about crossing the double white lines when there is an emergency vehicle on the shoulder to the right of the express lane. When this has happened, I have moved as far to the left of the express lane as possible without crossing the lane markers. Fortunately, the shoulder is extra wide. Should I instead be fully moving out of the Express lane then moving back into it after I have passed the emergency situation? Thank you.”

Let’s start with Colorado's move over law. You can read the exact text from this link but it basically requires drivers approaching stationary emergency vehicles that are displaying flashing lights, including tow trucks, traveling in the same direction, to vacate the lane closest, if safe and possible to do so, or to reduce to a speed safe for weather, road, and traffic conditions. Also included in the law are utility vehicles and road maintenance vehicles.

Regarding your specific situation Ivy, I talked to the Colorado State Patrol and they say the move over law supersedes the white line markings on the highway. “No matter what lane you are in, if you are able to move out of the express lane, or any other lane safely, you will not be penalized for crossing the double white line,” said CSP Trooper Josh Lewis.

“You are required to move. We would prefer whether it is us, a construction worker, ambulance, fire truck or anybody else, that she moves over for the safety of us and her. That should be the primary consideration, for the safety of everyone involved,” Lewis added.

Trooper Lewis told me that if you aren’t able to move over because of where a crash is or it just isn’t safe to do so, than follow the part of the move over law that directs you to slow down significantly and pay particular attention as you are passing by and going through that area.

We would much rather her move over safely and then move back over without being penalized for crossing the solid lane markers. As long as the driver is crossing lanes in order to move over with the good faith to get out of the way and do it safely and follow that move over law, the biggest thing is keeping everyone as safe as possible,” Lewis said.

This reminds me of a similar question I answered for another viewer a while back asking if it is alright to break traffic laws when trying to get out of the way of emergency vehicles. That answer is a bit more complex and would apply in this situation as well.

Denver7 traffic anchor Jayson Luber says he has been covering Denver-metro traffic since Ben-Hur was driving a chariot. (We believe the actual number is over 20 years.) He's obsessed with letting viewers know what's happening on their drive and the best way to avoid the problems that spring up. Follow him on  Facebook,  Twitter  or Instagram or listen to his Driving You Crazy podcast on  iTunes ,  Stitcher ,  Google Play ,  Podbean  or  YouTube .