Driving You Crazy: Can Colorado encourage truckers to drive only at night to ease rush hour traffic?

Or can trucks be banned from the left lane? 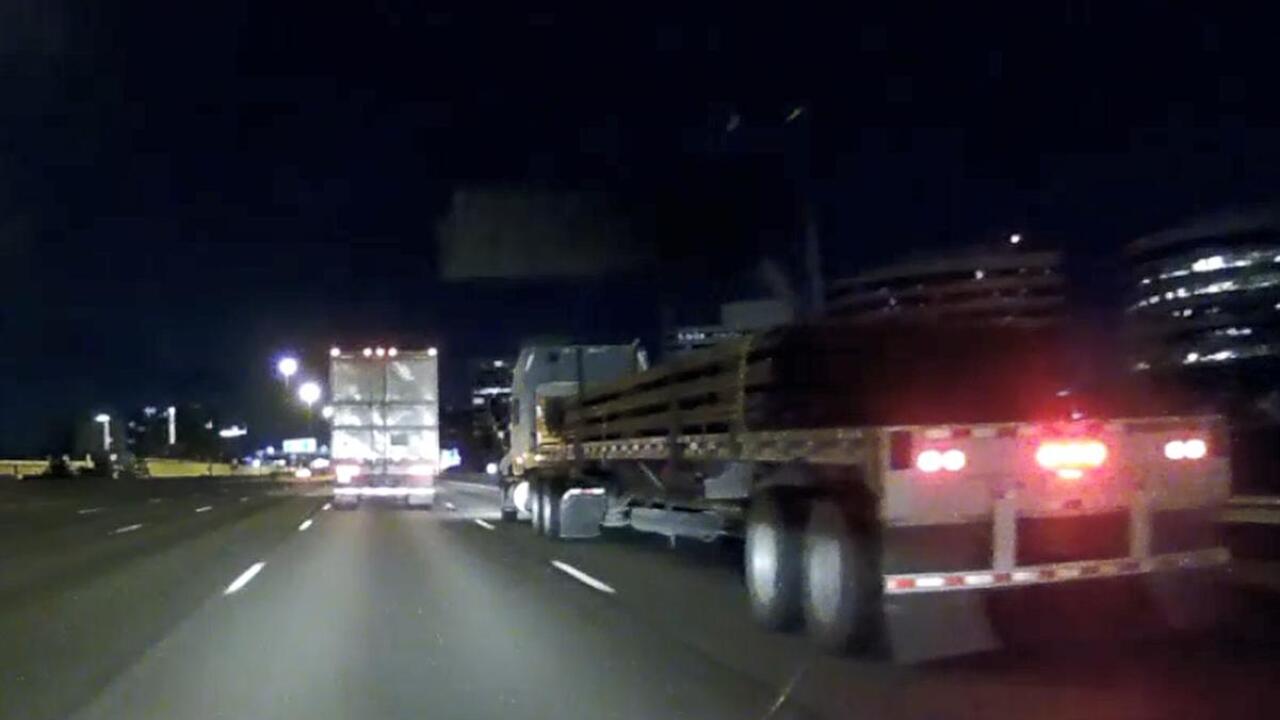 Paula from Denver writes, “What’s driving you crazy? Are Colorado authorities looking at encouraging truckers to drive at night to ease excessive traffic during daylight hours, especially rush hours? Germany has benefited by this plan. Maybe we would too!”

(UPDATE: Listen to Jayson's interview with Andrea Marks, Communications Director with TruckerNation about these ideas as well as other issues in the trucking industry on his podcast. You can listen from any of these links: iTunes , Stitcher , Google Play or Podbean.)

This is an issue that has come up many times over the years and has surfaced again with our rapid growth and increased traffic congestion. I think we all understand that semi-trucks take more time than a car to stop and start again, especially during a congested rush hour. Some people say this process adds more stop than go to our morning and afternoon rush hours. I think most drivers would welcome a daytime ban or even a commute time ban on trucks, forcing them to only drive at night or when there are fewer commuters on the roads. However, the reality is that with so many shipments and deliveries in our Amazon style economy, banning trucks to only nighttime would be problematic.

Another viewer, Bob, suggested a ban on trucks from the left lane forcing them to stay only in the right lane except when passing. He suggested this ban wouldn't even need to be 24/7, but could instead be just during the busiest times of the weekday. It has been done in other cities and states with mixed results.

The law in Germany that you mentioned doesn’t ban trucks every single day. The restriction bans all trucks over 15,000 pounds from driving every Sunday between midnight and 10:00 p.m. That’s about the size of a typical, medium sized box truck or furniture delivery truck. The typical empty weight of a tractor and trailer semi here in the United States is about 30,000 pounds.

The German truck ban also applies to Saturday’s during the major travel weekends for two months in the summer. Between July 1 and August 31, truck drivers in Germany are not allowed to travel on certain highways or federal roads between 7 a.m. and 8 p.m. on Saturdays. The truck ban is also in effect during German public holidays. If a driver is stopped then they are subject to a fine of 120 euros. If the company the driver is working for knowingly requires the worker to drive, the company could be fined 570 euros. There are exceptions to the truck ban including deliveries of fresh food.

The Colorado Department of Transportation tells me they know of many trucking companies that have readjusted their delivery times over the years in an effort to help reduce the number of trucks traveling during peak hours. CDOT says it happens most often on the I-70 in the mountains. Trucking companies also try to maximize their costs by routing drivers through normally congested areas during off peak times. They say this helps save money in fuel, maintenance and allows for more shipments to be transported by fewer drivers.

“Many of our shipments already travel at night,” says Greg Fulton, President of the Colorado Motor Carriers Association. “But it’s the shipper or customer that is generally setting the time of delivery based on their needs. Those businesses set those times when they have staff and employees there to load or unload our trucks. In many cases that is during daylight timeframes.”

The growth of the e-commerce economy has also dictated when large and small delivery trucks are on the roads. Many consumers and businesses now expect deliveries in shorter timeframes, in some cases two hours or less. Those deliveries need to be made during the day when most businesses are open, and people are awake at home. I don’t know many people besides me, who are up at 2:30 a.m. and could accept a delivery from Amazon.

One major logistic issue for truckers would be finding somewhere to park their trucks during the off hours. Truck parking is already a major issue in the industry without a ban on when they can or can’t be on the highways. One trucking expert says the shortage of available parking costs the average driver about $4,600 in direct lost compensation looking for a place to park. That would be exacerbated during the times trucks were banned from using the highways.

Fulton points out another challenge with banning truckers to driving only in the dark in our growing Colorado is the low level of unemployment. “Many companies and businesses are having difficulty hiring and retaining people. Those companies encounter even greater difficulty as employees of those businesses do not wish or desire to work those evening shifts when there is no one to accept or receive the shipments. In turn they require shipments during the day.”

Another challenge is the price of Colorado real estate, especially in downtown Denver. The ballooning price of rent and storage space has led many businesses, especially restaurants and bars, to shrink the space they used for storing deliveries in lieu of more seating for customers or just to reduce costs. That lack of storage translates into more deliveries as these businesses need to have their supplies replenished more often. In the past where one delivery every other evening may have been adequate, the business or restaurant or bar may need additional deliveries or even daily delivery of product.

Fulton says, “The reality is that we have less control over our schedules than people believe. When we discuss this with people or businesses, they want their goods and products delivered during the day but want us to deliver other people’s goods and products at night.”