Driving You Crazy: "Can CDOT help separate this frustrating merge from north 225 to west I-70? 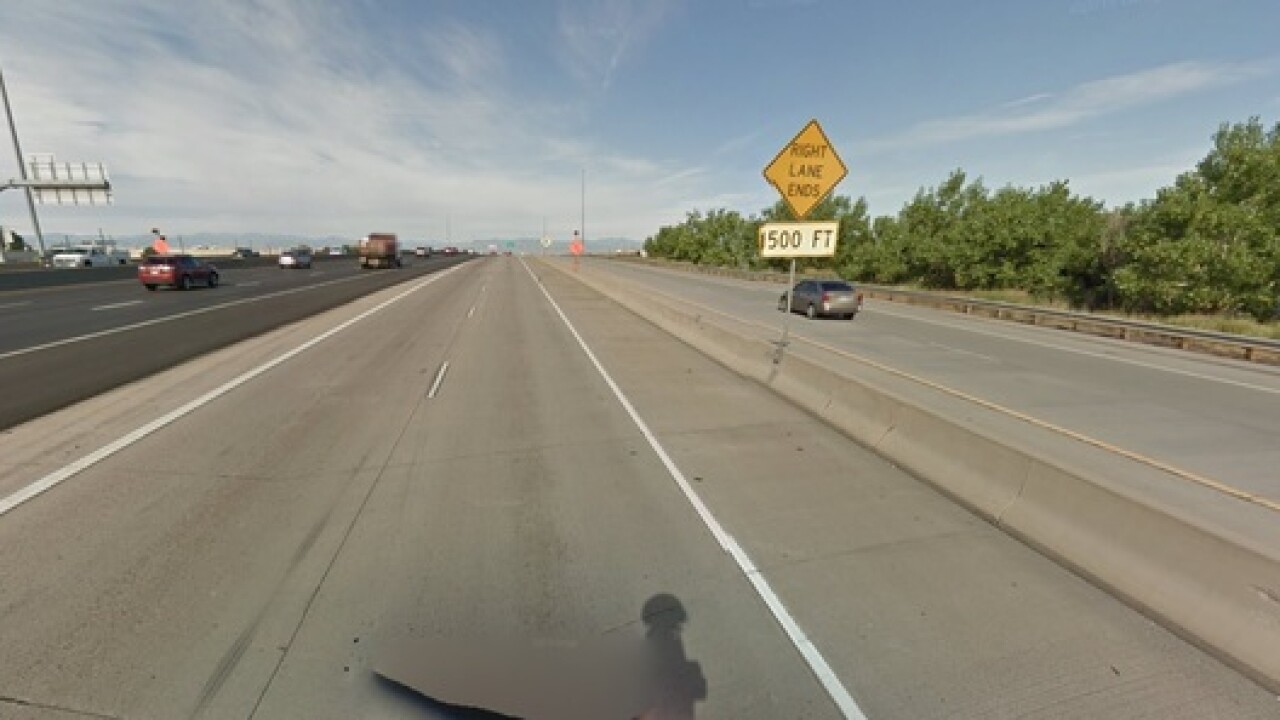 Ramon from Aurora writes, “What is driving you crazy? The ramp from northbound I-225 heading onto westbound I-70. There are two white lines to separate cars from getting onto I-70 early but so many drivers come off the 225 ramp trying to merge on 70 early that you don't even see them. Can CDOT put up cement dividers that will allow all vehicles merge together onto I-70?"

Before I get to your question Ramon I first must correct your use of cement as I was corrected many years ago. The dividers are concrete, not cement. Think of cement like you would of flour for bread. Cement is the flour and concrete is the bread.

That interchange is such a busy place and has tremendously high traffic volume. CDOT tells me that ramp was designed to operate as a “two-lane entrance” and the design relies to a degree on some of the drivers in the left-hand ramp lane merging left relatively early into the merge area to make room for the drivers in the right-hand ramp lane that need to move over. The current configuration allows for this to happen in a relatively short distance which may contribute to some of the solid line crossing behavior you mentioned.

While it isn’t technically illegal according to State law to cross a solid while line, it can get you a ticket in Denver. The Denver Revised Municipal Code reads, “DRMC Sec. 54-202. Lane assignment. (a) Whenever a lane of traffic on any street or highway is indicated by pavement marking, or by a sign, as being assigned solely for left turns, right turns or through traffic, it shall be unlawful for the driver of a vehicle in such lane to make any other movement at an intersection, other than that designated by such sign or marking.” The Denver penalty is $100 and 3 points on your license.

As for a short term fix, building a barrier wall is not going to happen. When I last met with the media relations folks for the upcoming I-70 central project, they told me that interchange will be part of the second phase of construction as they rebuild I-70 from I-25 to Chambers. They say that the final design is not yet set in stone but they are looking at changing some of the movements at that interchange to make them flow better when I-70 is widened and improved. They plan to be under construction by the early part of 2018 and be finished by 2022 or 2023.

Read other Driving You Crazy stories.