Driving You Crazy: Are we allowed to break the law when getting out of the way of emergency vehicles 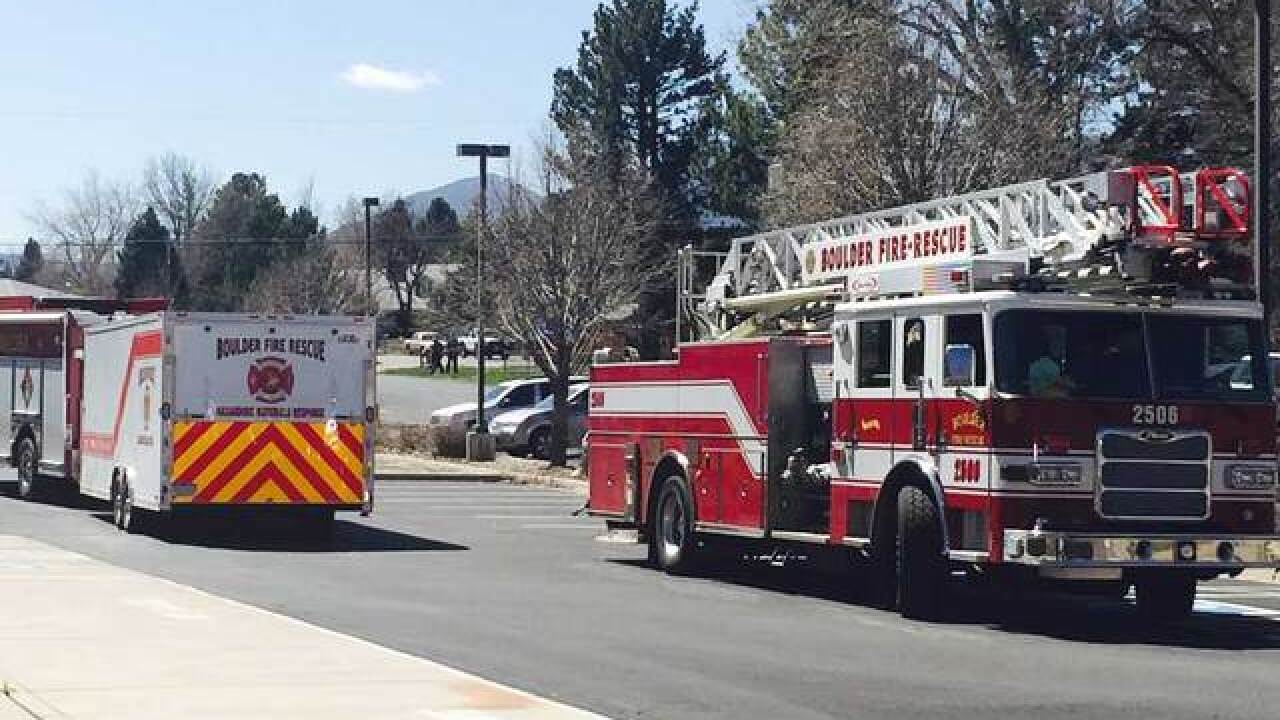 Justin from Chatfield writes, “What’s driving you crazy? I have a strange question that has to deal with emergency vehicles that are trying to get through traffic. Are drivers allowed to break traffic laws like go through a red light or make illegal turns or some other illegal move to get out of the way and let them pass? I can’t imagine a ticket being written for something like that but is there any guideline for drivers to follow?”

I’ve had to deal with that exact same scenario Justin. One time when I was waiting at a red light, I see a fire truck racing up from behind. I decided instead of running the red light to make a right turn on to a street I didn’t want to turn on to get out of the way. I made that choice because turning right on red isn’t illegal like going through the red light.

As far as the law, Colorado Revised Statute 42-4-705(1) speaks to the requirements when a motorist observes the immediate approach of an emergency vehicle. Nothing that I read in the law provides guidance for your specific question.

I talked to Sergeant Rob Madden with Colorado State Patrol who tells me your question about yielding to emergency vehicles is tough to answer with one concise answer. He says all drivers should know that pulling to the right and stopping is the best and most expected action.

“Emergency vehicle operators are consistently taking account for the motorist around them. We ask that the motoring public drive with safety in mind and if/when they see an emergency vehicle approaching, they remain calm and formulate a plan. Steering or stopping your vehicle without first verifying that it can be done with safety is the largest danger that motorist face. A crash caused by that sudden movement may result in a citation.”

I interpret that, as the CSP suggests, safety is paramount when a driver is confronted with an approaching emergency vehicle so do what you can to safely get out of the way.

I also posed the question to the Denver Police Department. Doug Schepman with the Denver Police Department, first directed me to Denver’s Municipal code Sec 54-183 that reads: “Upon the immediate approach of an authorized emergency vehicle displaying at least one (1) red light, or the driver is giving audible signal by siren, exhaust whistle or bell, the driver or operator of every other vehicle shall yield the right-of-way and shall immediately drive to a position parallel to and as close as possible to the right-hand edge or curb of the roadway, clear of any intersection, on streets where traffic in two (2) directions is permitted, and on one-way streets, to either the right or left-hand curb or edge of the roadway, clear of any intersection, and shall stop and remain in such position until the authorized emergency vehicle has passed, except when otherwise directed by a police officer.”

Schepman added, “While the ordinance provides no specific permissions to violate other laws to move from the way of the approaching vehicle, it would be reasonable to move through a solid red light or make an otherwise illegal lane change to make way for the emergency vehicle; however, that movement must be made without creating a hazard for other traffic present.”

There is also a section in the Colorado Driver Handbook(11.2) that discusses right-of-way pursuant to emergency vehicles.

It reads: “Emergency vehicles: You must yield the right-of-way to all emergency vehicles using a siren, air horn, and/ or flashing red, blue or white lights. Where possible, you must pull over to the right edge of the road. If you are in an intersection, drive through the intersection before you pull over. On a roadway with two or more lanes traveling in the same direction, if you are approaching an emergency vehicle that has stopped along the side of the road, when possible you must leave at least one lane between your vehicle and the emergency vehicle by changing lanes, unless directed otherwise by a police officer or emergency personnel or conditions prohibit the lane change. If the road only has one lane on your side, or you cannot change lanes, slow down to a safe speed and use due care and caution as you pass.”

Again, no guidance to specifically answer your question.

I posed your question to South Metro Fire. One of the Engineers who drives a fire engine in the Denver Tech Center says one of the big differences between fire engines and police cars is that the fire engines are equipped with Opticom’s. The Opticom light transmits a signal from the fire engine to the street light and will turn the signals green in the direction the fire unit is traveling.  Not every intersection has this technology but many do and they help the firefighters move through traffic.

If an intersection doesn’t have an Opticom or if it’s not working and you are stopped at a red light, most engineers at South Metro say they will turn off their siren but leave their emergency lights on. The intention, they say, is to not frighten drivers and make them feel like they’re being pushed into an intersection. The last thing they tell me they want to do is to create another emergency on the way to the one that’s already happening.

The engineer says even so, there will be times driver will need move out of the way and they offered these techniques to remember.

#1 – Pull to the right and stop, do not roll slowly. The emergency unit may need to make a right turn and if the vehicle creeps along at a slow speed it could cause an accident.

#2 – Do not block access to other streets and parking lots whenever possible. Our crews have seen cars stop and block their ability to turn left or right.

#3 – Don’t be scared, try to help the situation by assessing the safest way to pull over and stop.

#4 – Never put yourself in danger.

Adams County Sheriff Michael McIntosh tells me, drivers sometimes need some specific direction how and where to move out of the way. “There are times we need to use our P.A. system in the car. We will specifically direct drivers with that loud speaker to move in specific ways so we can get through”. Sheriff McIntosh told me using an excuse like saying you saw the flashing lights coming up three blocks back and thought you just had to run that red light to get out of the way, probably wouldn't get you out of a ticket.

It seems the consensus answer comes down to this, move out of the way for all emergency vehicles as safely and expeditiously as possible, even if it means you have to bend or even break a traffic law or two to do so.

Denver7 traffic anchor Jayson Luber says he has been covering Denver-metro traffic since Ben-Hur was driving a chariot. (We believe the actual number is over 20 years.) He's obsessed with letting viewers know what's happening on their drive and the best way to avoid the problems that spring up. Follow him on Facebook, Twitter or Instagram or listen to his Driving You Crazy podcast on iTunes, Stitcher, Google Play, and Podbean.