Driving You Crazy: Are trucking companies really not responsible for cracking my windshield? 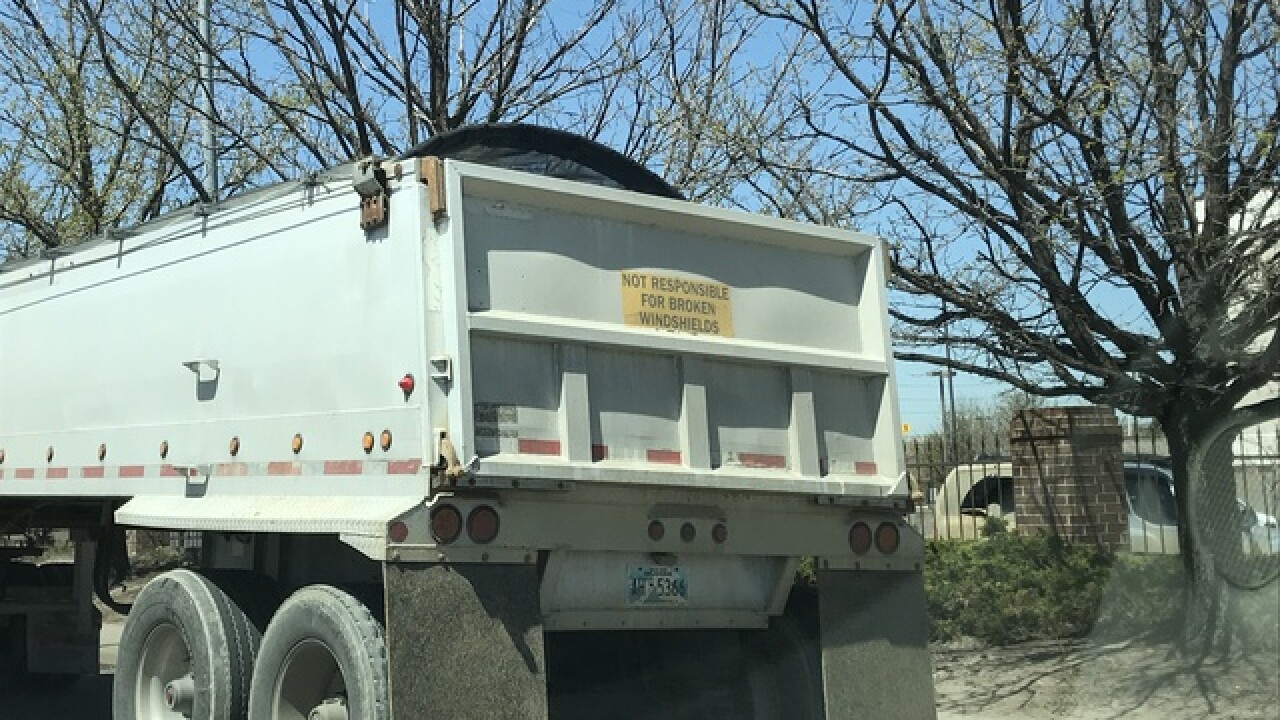 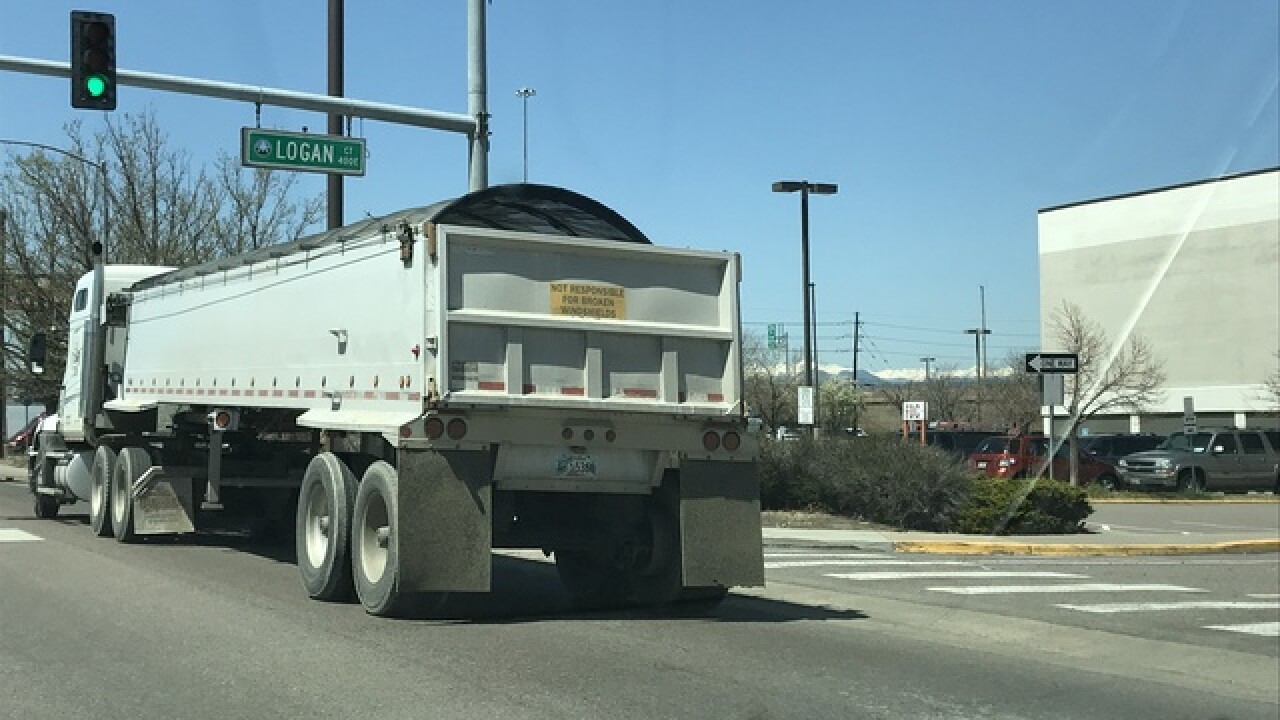 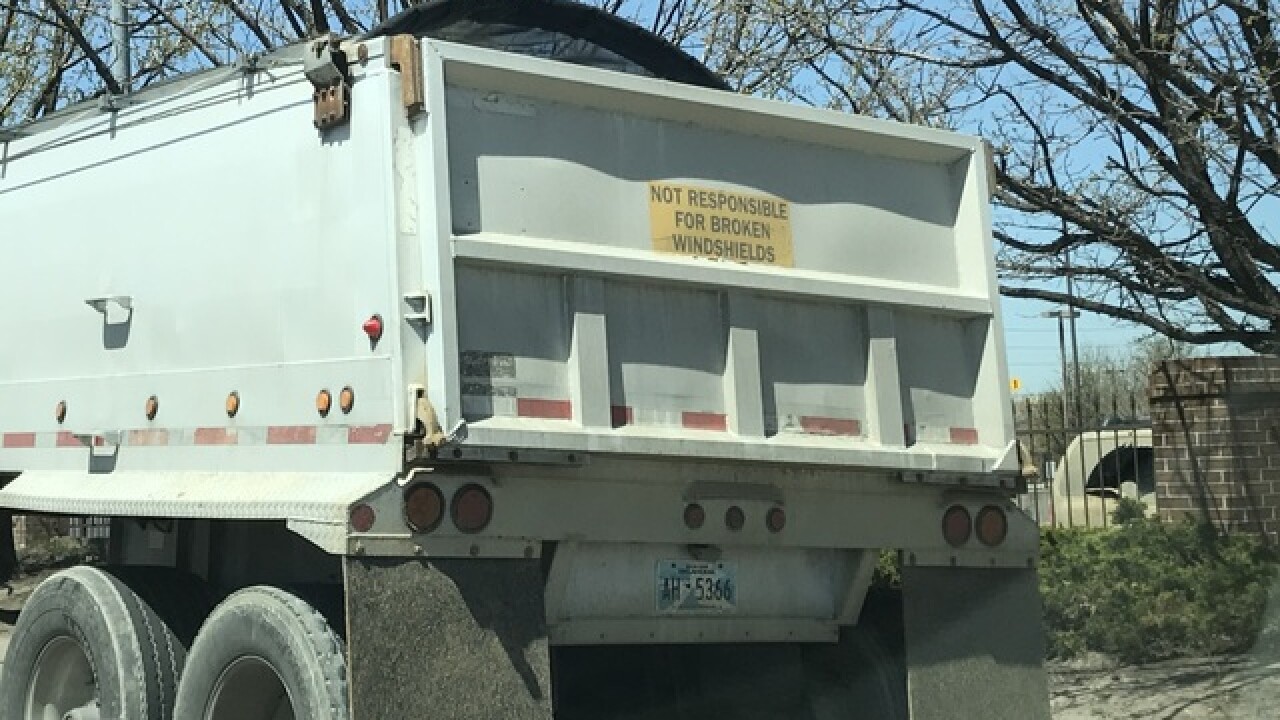 Krystal from Denver writes, "What is driving you crazy? This truck carrying glass going south on I-25 while we were going north, had glass fly off his truck. It wasn't secured properly and shattered/hit the car we were in. Send info please if anyone knows of this!”

That is a common problem Krystal on Colorado highways where someone doesn’t secure a load properly and that stuff comes out of their vehicle unintentionally and falls onto the road. And if that stuff, whether it be a rock or a couch or glass like in your situation hits a vehicle, the Colorado State Patrol considers that a crash.

Trooper Josh Lewis, Public Information Officer with the Colorado State Patrol tells me just like a conventional crash, that incident would need to be reported to local law enforcement. “In these cases, it isn’t vehicle vs vehicle but matter from a vehicle causing unintentional damage. Since it happened to another vehicle while they are moving, that still constitutes a crash and it falls under that definition and would be investigated just the same,” Lewis said.

Trooper Lewis tells me unfortunately a lot of drivers who are at fault don't stop because they usually don’t realize they are spilling their load. He suggests trying to get as much information as possible about the vehicle that lost the load including a description of the vehicle and driver, license plate number, DOT number from a truck and it really helps to have phone camera or dash cam video. He says all that information will help in the investigation, especially if any insurance claims are made.

Depending on the situation, drivers who lose a load could be charged with a violation if they fail to cover a load properly and it spills on the highway. Lewis tells me the fines could be as low as $35 or as high as $131 plus 3 points on your license depending on the situation. The offender could even get a citation for littering at the very least. Lewis tells me the consequences of a spilled load are magnified if someone gets hurt. “If the crash with the lost load causes bodily injury then that is an automatic summons into court,” Lewis said.

Many trucking companies will attach a sign to the back of their trailers that states, not responsible for broken windshields. Trooper Lewis says that sign is not a legal binding way to get out of possible liability.

"If something comes off or out of the vehicle and that something causes damage, that sign not a get-out-of-jail-free card. They are still responsible and liable for that damage. But even though the sign may not limit the drivers or companies’ liability, it’s also a very good warning that if you can read the sign that says they are not responsible for a cracked windshield, you are probably too close and it is best to back off a little,” Lewis said.

If something like a rock or other debris is already on the road and is then kicked up by the vehicle in front of you and that causes damage to your vehicle, Trooper Lewis says you are out of luck. He says the chances are pretty good that you have unknowingly done that to someone else. Liability only extends to something that comes out of or off of another vehicle that then causes damage.

So Krystal, you should fill out this form from the Coloado State Patrol crash information page to report the crash and then contact your insurance company to repair your damage.

Denver7 traffic anchor Jayson Luber says he has been covering Denver-metro traffic since Ben-Hur was driving a chariot. (We believe the actual number is over 20 years.) He's obsessed with letting viewers know what's happening on their drive and the best way to avoid the problems that spring up. Follow him on Facebook, Twitter or Instagram or listen to his Driving You Crazy podcast on iTunes, Stitcher, Google Play, YouTube or Podbean.