Driving You Crazy: Can you really not drive a black car on Sunday in Denver? 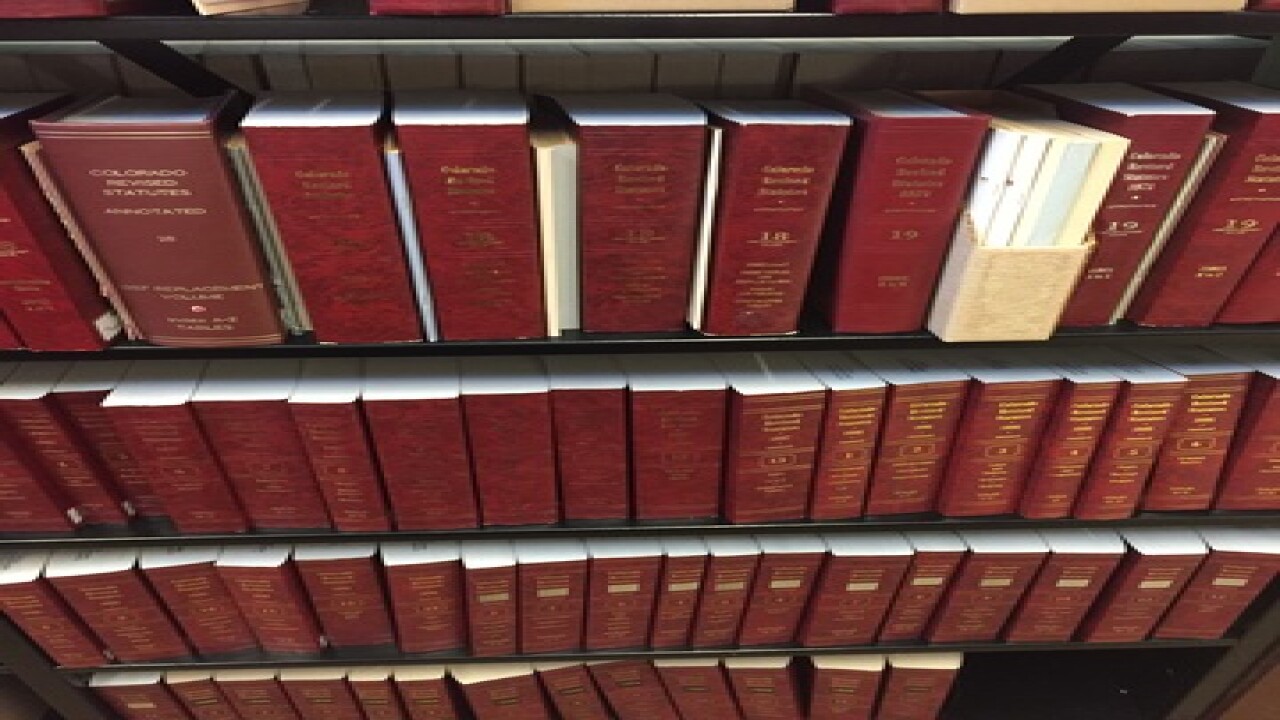 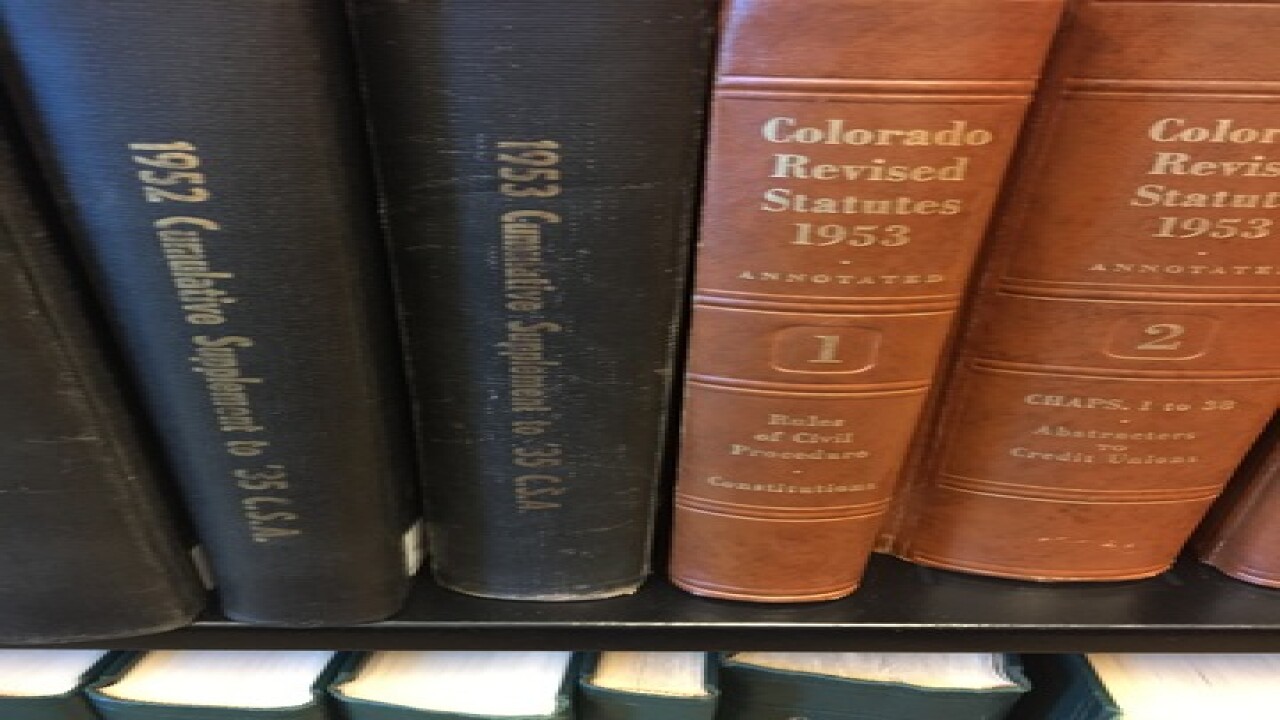 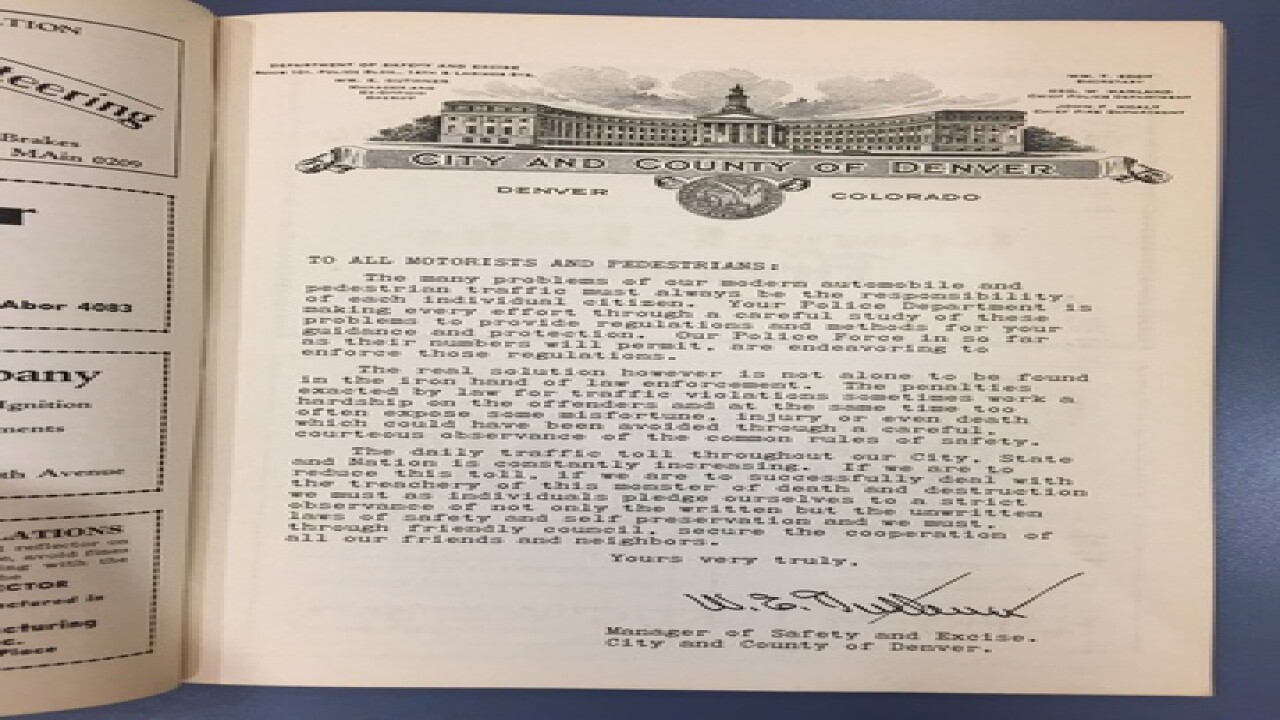 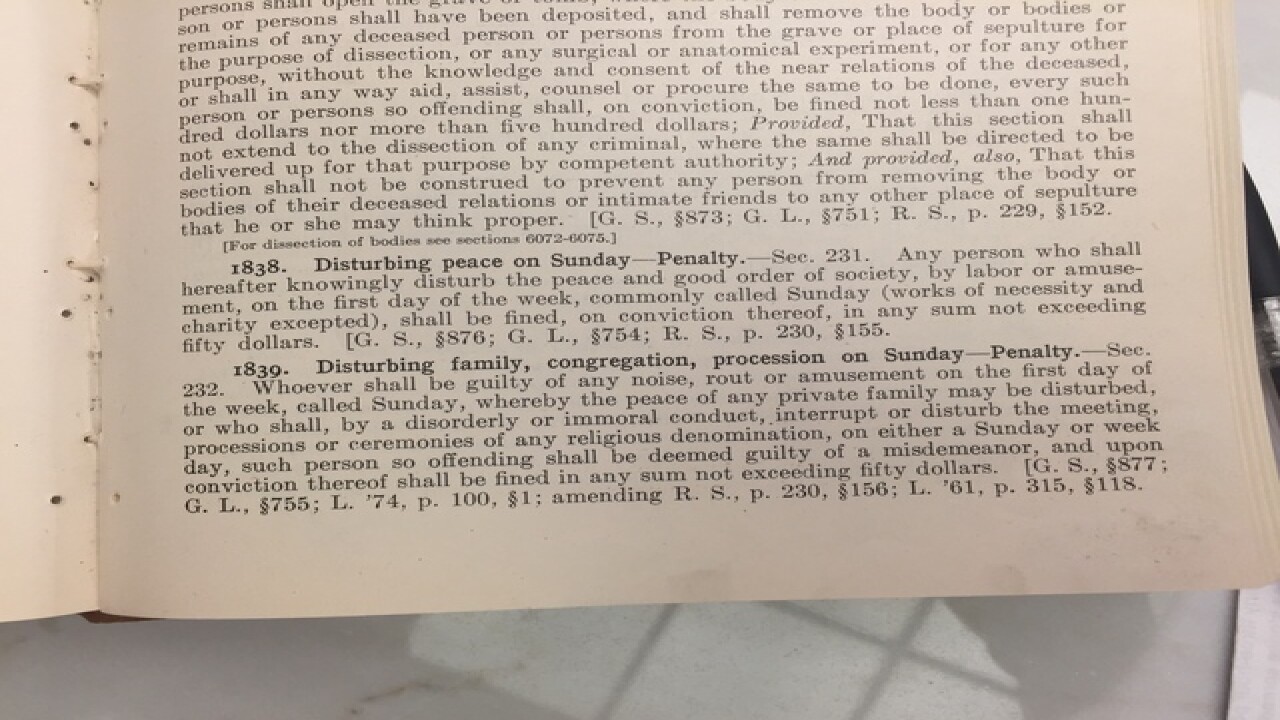 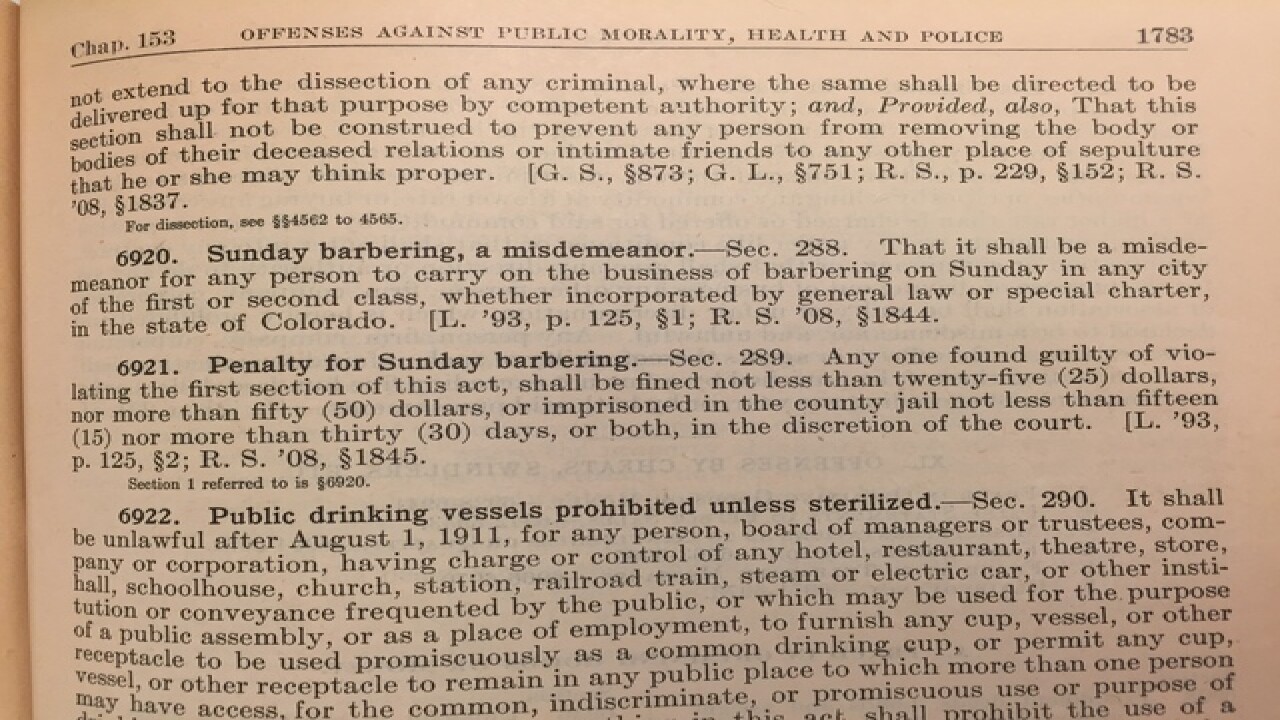 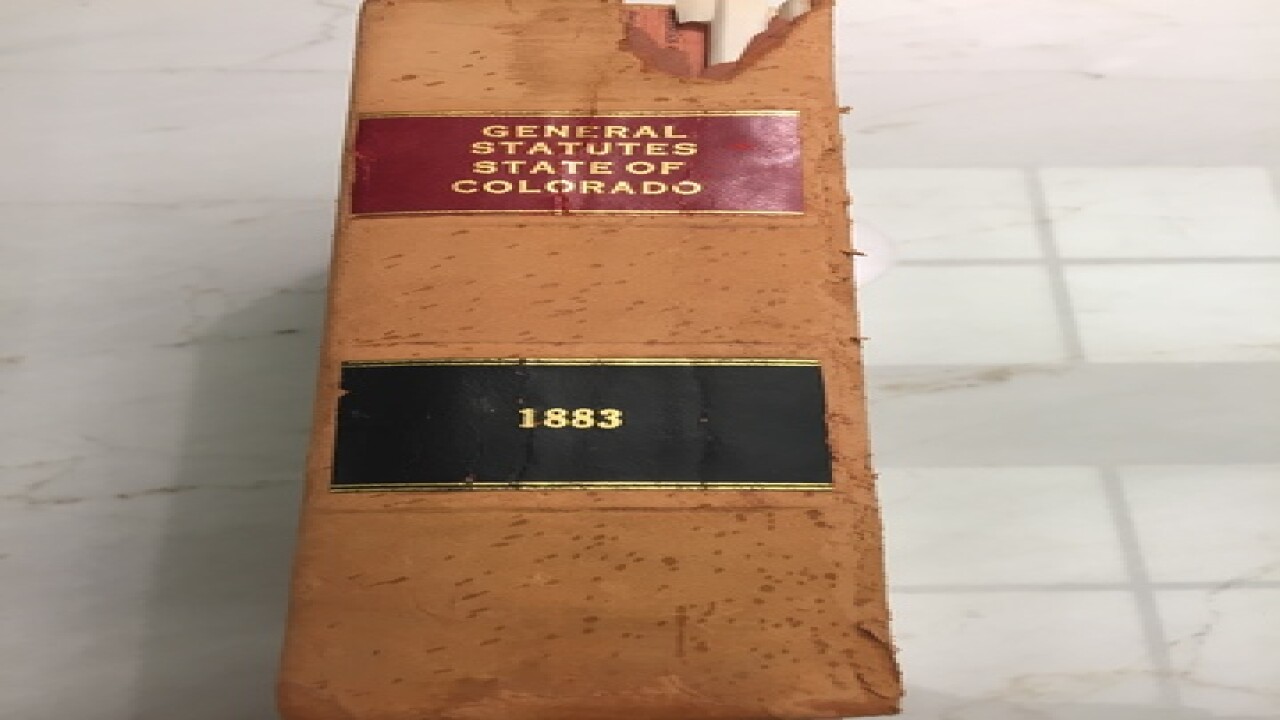 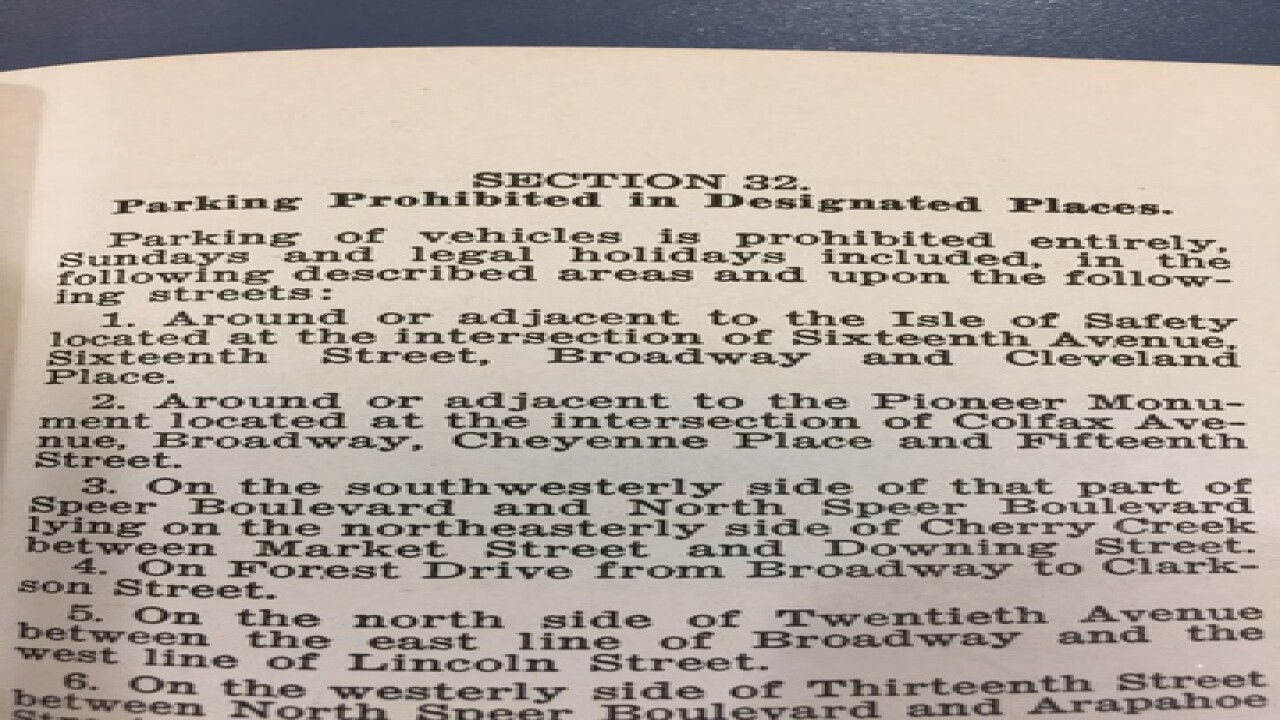 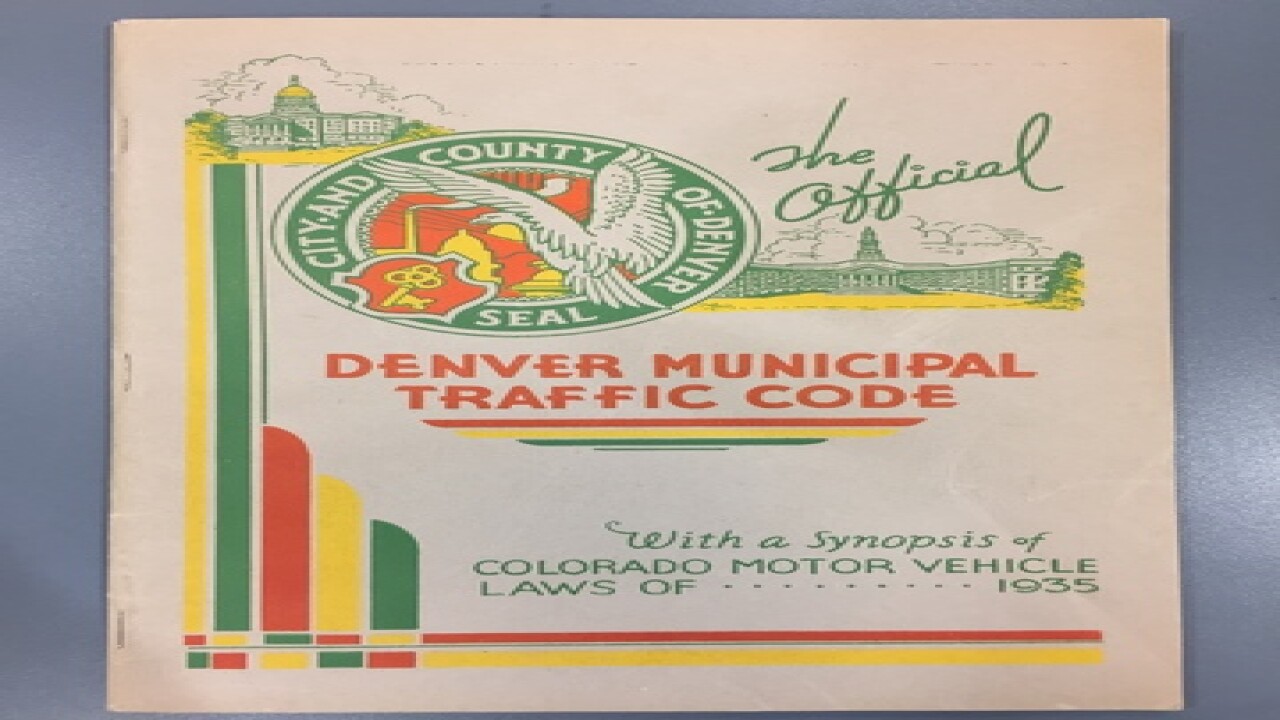 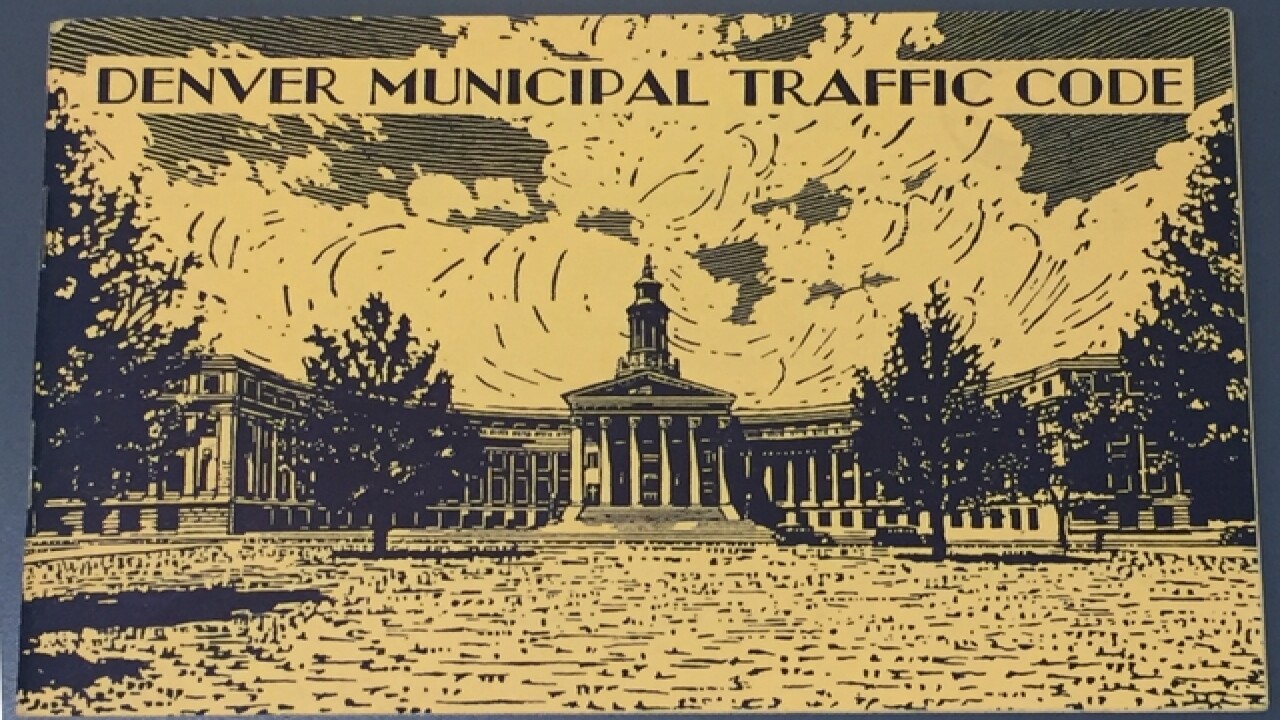 There are some bizarre laws that are reportedly still on the books in cities and countries around the world. One of the strangest is said to be from right here in Denver. It says, it’s illegal to drive a black car in Denver on Sundays.

When I read this I was thinking, there is no way this could be an actual law. There is just no way that anyone would even conceive of this idea and then move on to write legislation and then try to convince a majority of either state legislators or city officials to pass such a law. So being the diligent journalist I am, I did some investigating. I first scoured the internet and found many references to this “law” including one story from Denver7 that quotes it.

I decided to start with my friends over at Denver Public Works. When I called, they told me verifying any driving law would be under the purview of the Denver City Attorney’s office and to call them. So I did. I talked to Melissa Drazen Smith, with the Denver City Attorney’s office who told me she has no knowledge of the law nor could find any record of it ever being on the books. She said during her research, she found a reference online that might indicate this could be a state law so she told me to call CDOT. So I did.

I checked with the CDOT history department. The CDOT historian looked and looked and told me they couldn’t find anything specifically about this supposed law but if it existed, they think it might be linked to the old state “blue laws". Lots of states and towns adopted "blue laws" in the late 19th-early 20th century, which banned or restricted commercial and "immoral behavior" on Sundays. The main “blue law” that remains in Colorado is found in title 12, Article 6, Part 3 of the Colorado Revised Statutes, called the “Sunday Closing Law” which says fairly simply that you can’t have a car dealership open on “the first day of the week commonly called Sunday.”

This no vehicle sales on Sunday rule is wildly popular with auto dealers and they don’t want it changed. In Colorado, no dealer has sold an automobile on Sunday since 1952. The dealers claim that prices of vehicles would have to go up by 10 to 15 percent if they opened on Sundays. The Sunday prohibition on car sales is not unique to Colorado, sixteen other states have a similar law. There have been several tries by the State legislature in the past, even this year, to repeal that law but every year it gets defeated.

In my research, I found many other “blue laws”, often called morals laws in the early years. In the 1908 revised statutes of Colorado, I discovered that barbering on Sunday was a misdemeanor. The law stated, “That it shall be a misdemeanor for any person to carry on the business of barbering on Sunday in any city of the first or second class, whether incorporated by general law or special charter, in the state of Colorado. Any one found guilty of violating this act, shall be fined not less than twenty-five dollars, nor more than fifty dollars, or imprisoned in the county jail not less than fifteen nor more than thirty days, or both, in the discretion of the court”.

That seems a bit stern for getting a Sunday haircut.

The CDOT historian suggested I contact the librarians at Denver Public Library Western History Collection. So I did. When I called, James Rogers told me they don’t have a research team to go through the old Colorado revised statues books or Denver Municipal Code books. He said I am more than welcome to come take a look for myself but in the meantime I should check with the librarians at the Colorado State Supreme Court library. So I did. They told me to come on in and see what I can find.

I started with the General Statutes for the State of Colorado dated 1883. I realize that was a bit early for widespread automobile ownership but I wanted to be really sure. All the law books I looked through were originals, most in good shape while others had duplicate pages and were pieced together in a mishmash of years from the 1940’s to the 1990’s. After all the searching, I found no such crazy Colorado law.

I then made my way across Broadway and spent lots of time at the Denver Public Library looking through many original Denver municipal traffic code books from the 1930’s to now. The closest I came to finding the supposed no black car driving on Sunday law was the law in Section 32 in the 1935 Denver municipal traffic code that says “Parking of vehicles is prohibited entirely, Sundays and legal holidays included, in the following described areas and upon the following streets...” Again, I didn’t find the “no black cars in Denver on Sunday” law.

I then contacted the guy who knows more about the history of Colorado than anyone else, Dr Colorado Tom Noel. He told me, “Alas, I cannot help. Sounds like an urban legend to me, but I could be wrong”. I doubt it.

Running out of leads, I went back to the original source of the information. I found one of the roots of the supposed law in a story by former Denver Post columnist Bill Husted from October, 2000. It was titled, “Institute in search of those dumb-and-dumber laws”. It was a story about how Colorado’s Independence Institute was holding a contest asking the general public submit all the dumb laws in Colorado they know about. One of the places that Mr Husted used to find some of Colorado’s dumb laws was the website, www.dumblaws.com. There I found the original reference to the supposed Denver law that you may not drive a black car on Sunday. The problem is, the entry doesn’t include a citation to where or when that law ever existed. The website also mentions several other dumb Colorado laws including another from Denver where it’s supposed to be illegal to mistreat rats in Denver. Again, no citation and I didn't see any reference to that law in my research either.

There are some strange laws on the website that do include citations like the law from Fountain, Colorado that says it is illegal to have weeds in your yard. But when I looked at the actual wording of the law, it seems they are making a bit of a leap. The law states that grass or weeds on a person’s property cannot be taller than nine inches in height. It doesn’t say you cannot have any weeds in your yard.

On the same dumb laws website they list what they call an odd law from Westminster that says, “don’t get lost between 9pm-4am, or allow somebody else to get lost while ‘operating’ your car because it is against the law”. Again, not quite accurate. They are making a long leap off a law listed under Westminster’s no cruising ordinance saying, “it shall be unlawful for any person to operate a motor vehicle, or as owner of a motor vehicle to permit its operation, past a traffic control point three times in the same direction within any three-hour period between the hours of 9:00 p.m. and 4:00 a.m.” That is how these stories spread.

I found the administrator of www.dumblaws.com, Andy Powell. I reached out to him with several emails and left a phone message for him hoping he could help provide the crucial missing link to the citation for the no black cars in Denver on Sunday law. He never replied to any email and never called me back.

He does have a disclaimer on his site saying, “We have done our best to maintain the accuracy of this database, however, we are not lawyers and do not have the time nor resources to explore the topic as thoroughly as we would like. I make no representation, expressed or implied, regarding the accuracy of the material posted on this web site. It is for entertainment only, and you should do your own research before using this information for any purpose”.

Well I have done my own research and I am comfortable making the journalistic decision. Based on my many, many, many hours of research, I can confidently say the claim that a law that you can’t drive a black car in Denver, Colorado on Sunday in fact, isn’t, nor has ever been an official law in Denver or Colorado.

If you have information that could change my findings, please reach out to me so we can set the record straight. Until then, feel free to enjoy a drive around Denver in your black or any colored vehicle of your choosing on this or any upcoming Sunday.

Denver7 traffic anchor Jayson Luber says he has been covering Denver-metro traffic since Ben-Hur was driving a chariot. (We believe the actual number is over 20 years.) He's obsessed with letting viewers know what's happening on their drive and the best way to avoid the problems that spring up. Follow him on Facebook and Twitter or listen to his Driving You Crazy podcast on iTunes, SoundCloud, Stitcher or Google Play.