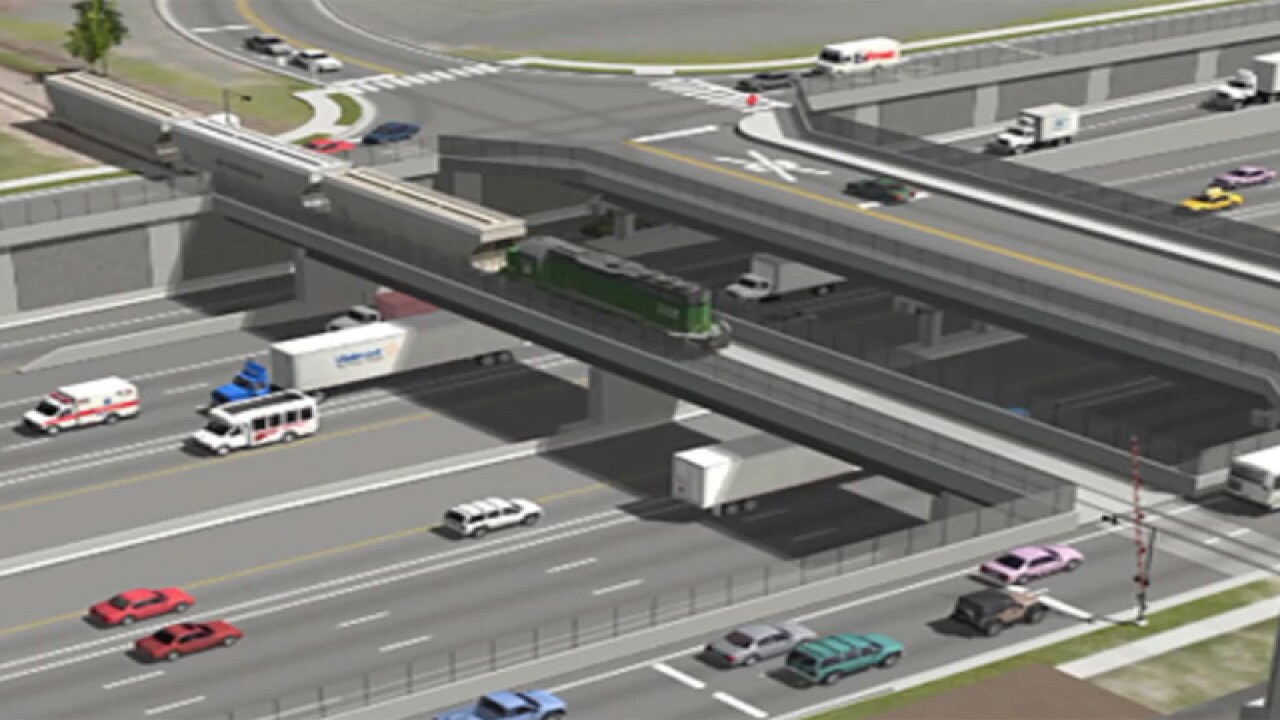 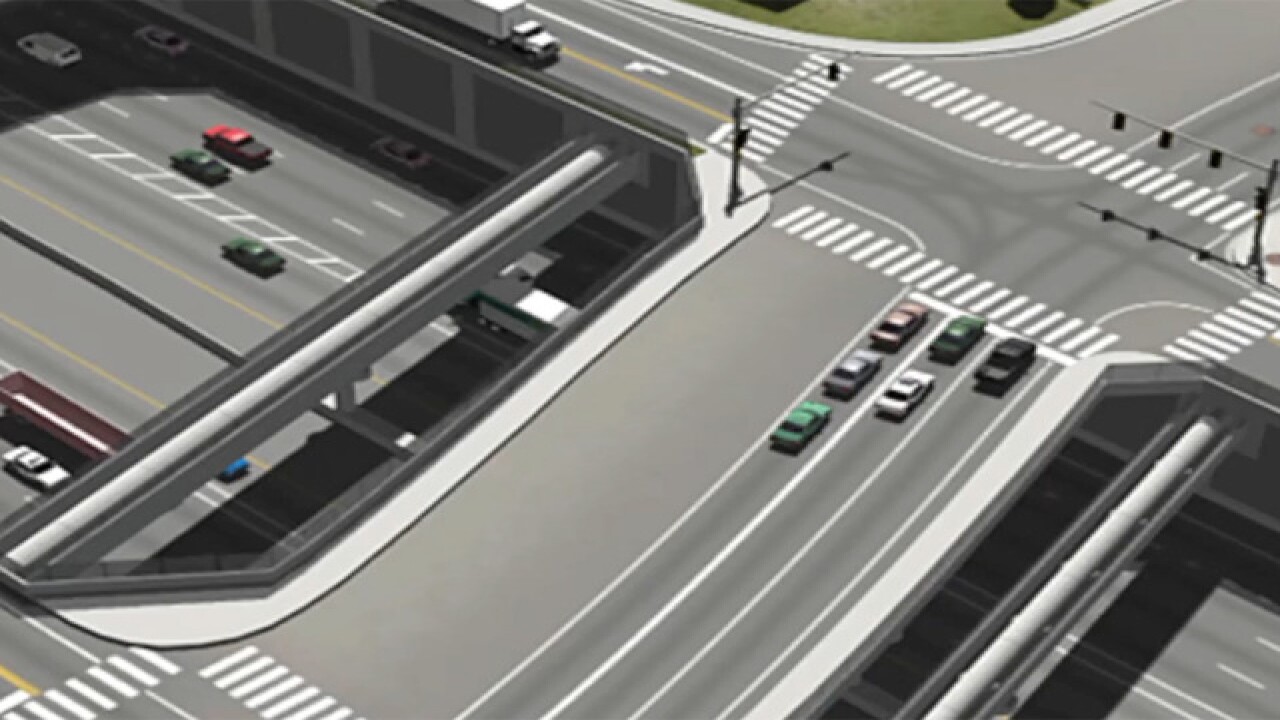 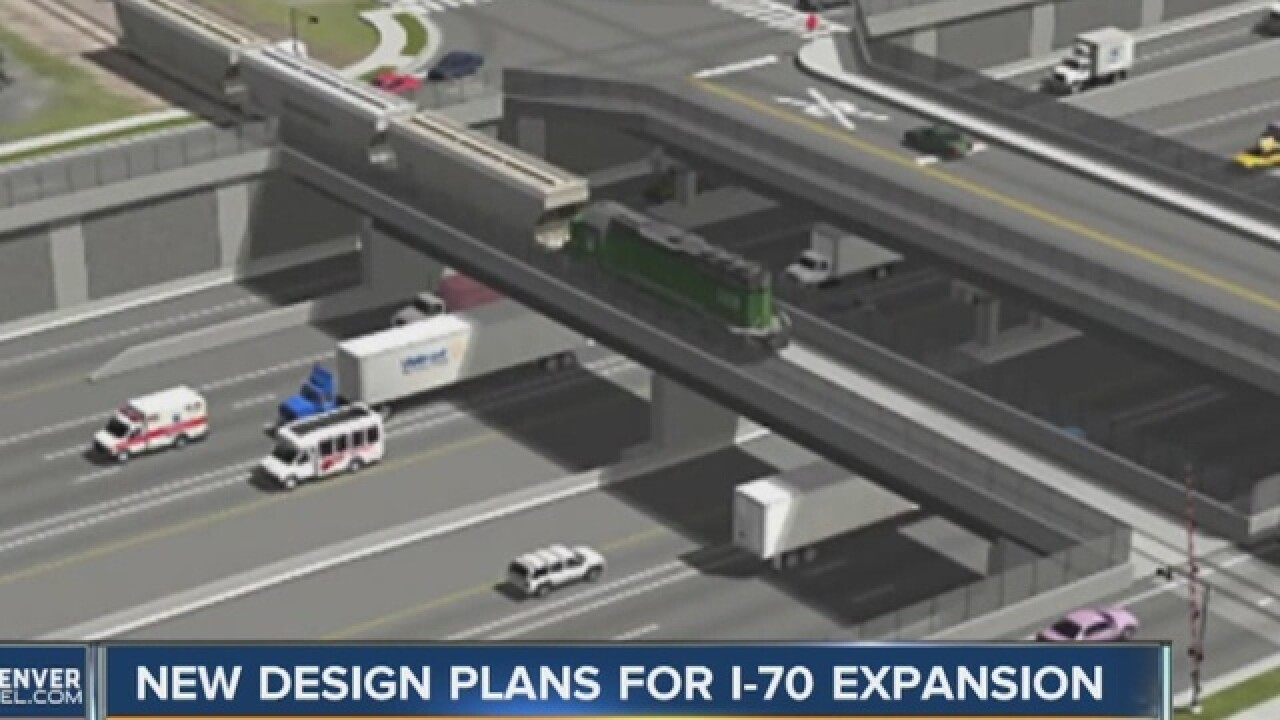 DENVER -- The Colorado Department of Transportation (CDOT) released a new simulation of the planned cap over an expanded I-70 on Thursday.

The simulation shows how the highway will expand into the neighborhood to the north and how it will include a four-acre, two-and-a-half block long concrete cap, between Columbine and Clayton Streets.

Some residents, like Zac Macleod can’t wait to see it done.

“I can’t wait for it to happen,” he said. “As long as it’s dropped underground and we have a nice park to bring the neighborhoods back together.”

Rebecca White, the communications director for CDOT’s I-70 Project, said the cap will be iconic. She added there are about 20 similar projects around the country.

When asked what will be included on the cap, White replied, “There will be a sports field, we’re looking at an area for concerts, a splash park, play space and room for farmer’s markets.”

To learn more about the cap and the I-70 expansion project, click here.

“That’s a very long time,” White said, “but that’s because there’s been an attempt to reach consensus and to find something that really works for these communities.”

Still, not everyone is happy with the decision to rebuild the highway below ground level.

“I think they should leave it the way it is,” said Monique Gonzales. “The neighborhood has been the same for years.”

One homeowner who lives two doors up the street from the freeway said she doesn’t want to see it lowered because of concern about air pollution.

“The fumes from the traffic are going to choke us,” said Marcella Martinez.

“The studies we’ve done show the area around the cap have some of the lowest emission results,” she said. “We’ll have the opportunity to put ventilation fans in there, so that in the event of a slowdown in traffic, or any other incident, we can make sure that’s a safe space for drivers, as well as everyone around.”

White said that as Denver grows and as more cars crowd the highways, something needs to be done with I-70, which carries a lot of truck traffic and numerous vehicles heading to and from the airport.

“We’re trying to strike that balance,” she said. “We’ve got a structure that’s 50-years-old, trying to carry 200,000 cars a day on a six lane highway with no shoulder.”

She said construction is expected to begin in early 2018 and could take up to four years to complete.

“One of the things we’re going to require as we approach this construction,” she said, “is that the company that does this has to keep I-70 maintained in the current number of lanes (during construction.)"

White said CDOT will have to acquire 56 homes and 15 to 16 businesses in order to widen the highway.

“We’re using the Uniform Act,” she said. “We haven’t had to use eminent domain on this project and we don’t intend to.”

She added that during that process, CDOT has helped several renters become homeowners.

White told Denver7 that a group of artists funded by Denver Art and Venues, under the Urban Art Program, will come in a paint the viaducts.

“It’s a dark space under there right now,” she said, “and if in the remaining years of this structure, we can make it a little more pleasing, I think it will be fantastic.”