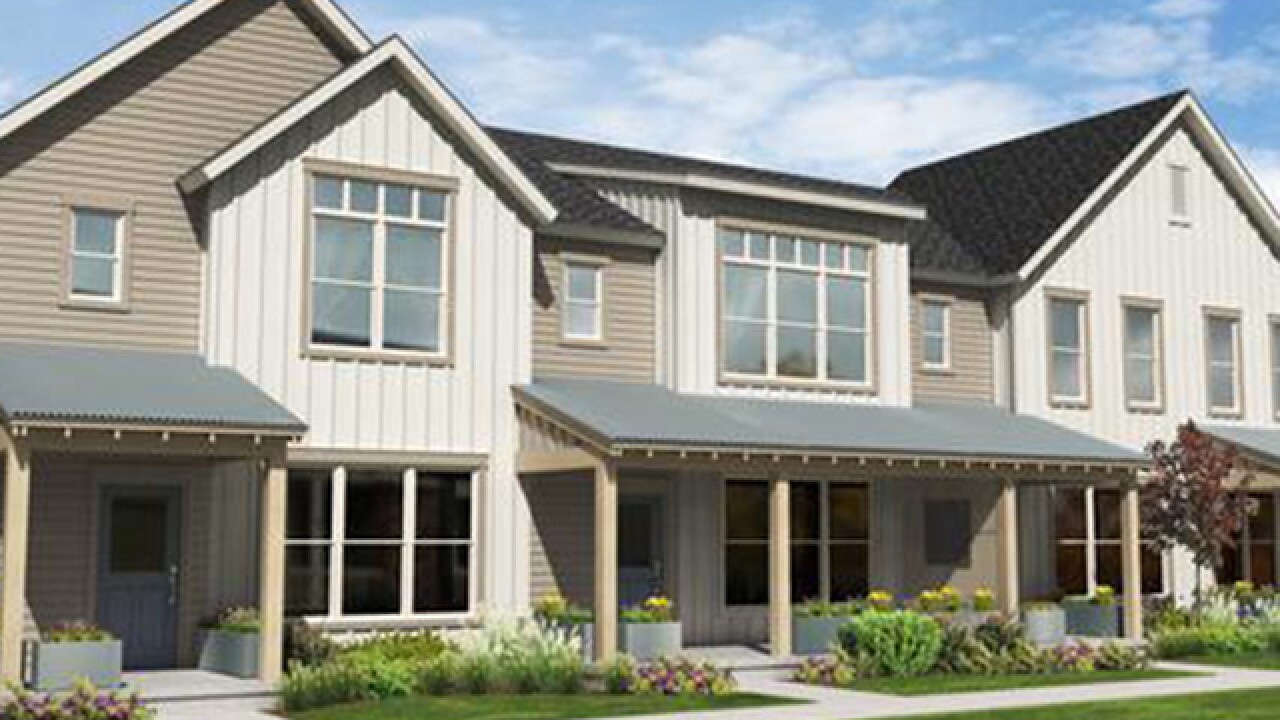 RENDERING
<p>Stapleton Denver and Thrive Home Builders plan to construct 165 income-restricted townhomes in the Stapleton neighborhood. The neighborhood currently has about 256 affordable single-family and connected homes. Thrive says the townhomes will start at about $170,000 and be available to people who make about 80 percent of area median income. Rendering courtesy of Thrive Home Builders.</p>

Finding an affordable home in Denver can be downright impossible for low-income households or first-time home buyers, but builders will soon be breaking-ground on new townhomes for a shockingly low price.

In Stapleton, dusty lots will soon be 2-bedroom townhomes along Central Park Boulevard. Sales of the townhomes are expected to start in late April.

“The need is so great out here. Particularly for sale housing,” said Rick Padilla, director of housing and neighborhood development for the City of Denver.

Thrive home builders, Forest City Stapleton and the City of Denver are teaming up to provide a rarity in Denver -- a new home priced at less than $200,000 for those who qualify.

“It's going to serve a population that's about 80 percent area median income, which is about $79,000 for a family of four,” said Padilla.

Padilla added this affordable housing project is just one part of a 5-year plan.

“I want to be able to travel from Northfield to downtown without no hassle,” said Stapleton resident, Keiosha Star.

Star said it's nearly impossible to find a home in her price range.