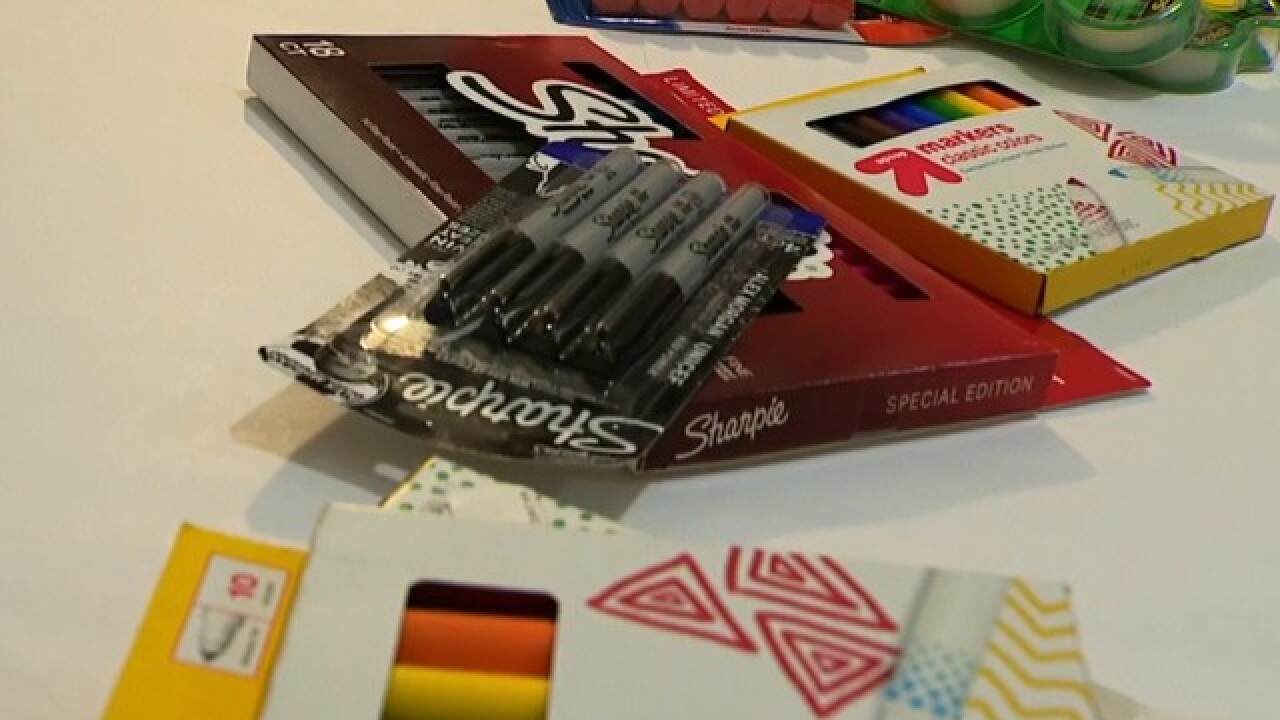 Teachers are spending a lot of their own money to make sure their students have everything they need. But two crafty teachers turned to their communities to help offset the cost of the supplies.

Jennifer Boyle-Taurman had several boxes of school supplies to unpack for this school year. But they weren't supplied by her school nor purchased from her own pocket. The supplies were purchased by members of her community through her Amazon wish list.

“It was very overwhelming,” Boyle-Taurman says. “In the best way.”

Boyle-Tourman posted her wish list on social media, and not only did people start buying these items, but they went above and beyond.

“I had people either send things to the school or people who offered, you know, ‘I don't have anything I can purchase on this list, but I have x y and z at home; would you want this?’” Boyle-Taurman recalled. “To someone meeting me at a Starbucks and giving me $100 in cash for my classroom.”

Boyle-Tourman had been buying supplies on her own without being reimbursed, something the National Center for Education statistics found most public school teachers did in the 2014-2015 school year.

And for some teachers, it is more.

Kerswill decided to make a list for her classroom, too.

“You just want everybody to feel successful, and you want everyone to feel like they can engage in an equal way in class,” Kerswill says.

While a great step, these teachers say their lists are far from a permanent solution.

“I don't think that Amazon wish lists and mill levees and bonds are the ways that we are going to solve these issues. I think we really need to fund education in a much more sustainable way," Kerswill says.