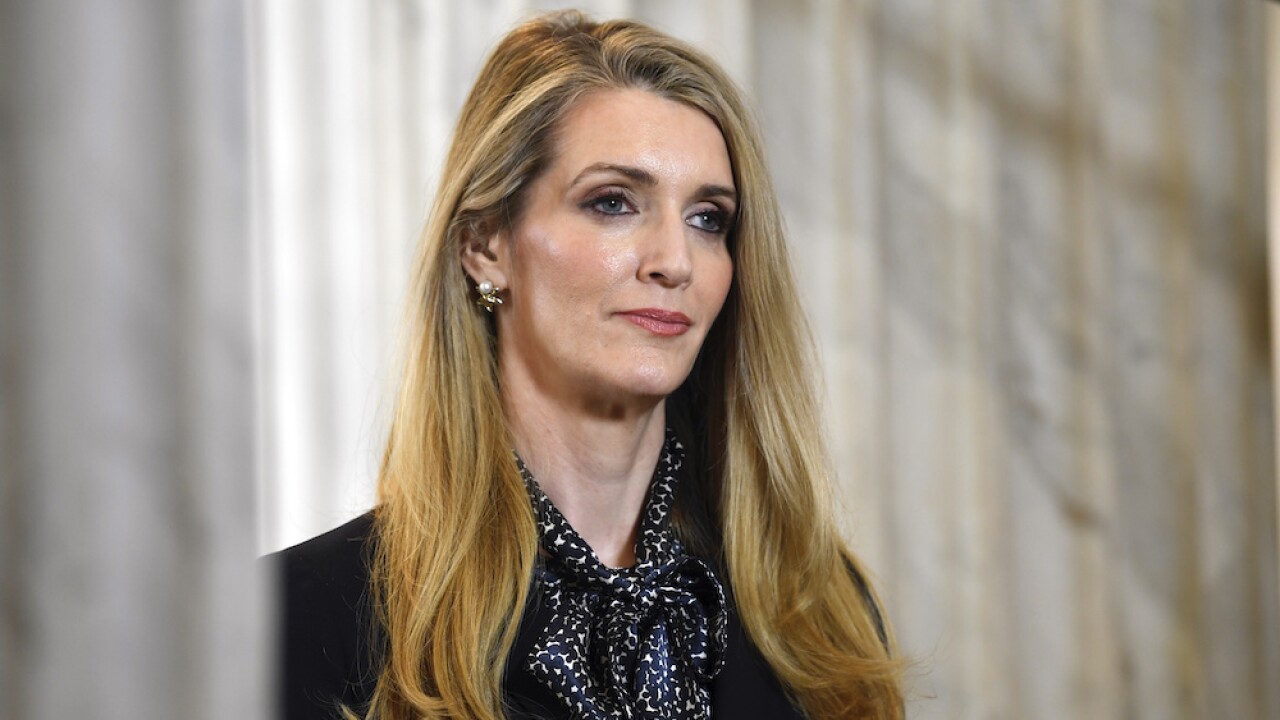 A feud between members of the WNBA's Atlanta Dream and one of the team's owner, Sen. Kelly Loeffler (R-Georgia), escalated on Tuesday when Dream players wore shirts supporting Loeffler's opponent in an upcoming special election.

Since opening the 2020 season in Bradenton, Florida, the WNBA has taken several steps to honor the Black Lives Matter movement in response to hundreds of nationwide protests against police brutality and systemic racism. Games have taken place on courts emblazoned with the words "Black Lives Matter," and players have worn the names of those who have died at the hands of police on the backs of their jerseys.

Loeffler has not been involved with day-to-day team operations since she was appointed to replace Sen. Johnny Isakson, R-Georgia, upon his retirement. But earlier this year, Loeffler said she objected to the league's move to embrace Black Lives Matter, calling it a "divisive political movement." Several WNBA players denounced Loeffler's comments at the time.

On Tuesday, members of both the Atlanta Dream and their opponents, the Phoenix Mercury, wore shirts reading "VOTE WARNOCK" during warmups. The shirts refer to Raphael Warnock, a Democrat running in a November special election for Loeffler's seat.

"We are @wnba players, but like the late, great John Lewis said, we are also ordinary people with extraordinary vision," Dream center Elizabeth Williams wrote on Twitter. "@ReverendWarnock has spent his life fighting for the people and we need him in Washington."

We are @wnba players, but like the late, great John Lewis said, we are also ordinary people with extraordinary vision. @ReverendWarnock has spent his life fighting for the people and we need him in Washington. Join the movement for a better Georgia at https://t.co/hC8iF9urak pic.twitter.com/mvN5e9m4oO

Other WNBA teams, like the Chicago Sky, retweeted the photos of Dream and Mercury players in the pro-Warnock shirts.

Loeffler later issued a statement in which she claimed she was the victim of "cancel culture."

"It's clear that the league is more concerned with playing politics than basketball," she wrote.

Loeffler added in her statement that "the lives of every African American matter, and there's no place for racism in our country. But I oppose the BLM political organization due to its radical ideas and Marxist foundations, which include defunding the police and eroding the nuclear family."

Loeffler is one of four candidates running for a Georgia Senate seat in November's special election. The seat will be awarded to any candidate that receives more than 50 percent of the vote. Should no candidate get more than 50 percent, the top two finishers will advance to a runoff election on Jan. 5.

In addition to Loeffler and Warnock, Rep. Doug Collins, R-Georgia and Democrat Matt Lieberman are also campaigning for the Senate seat.