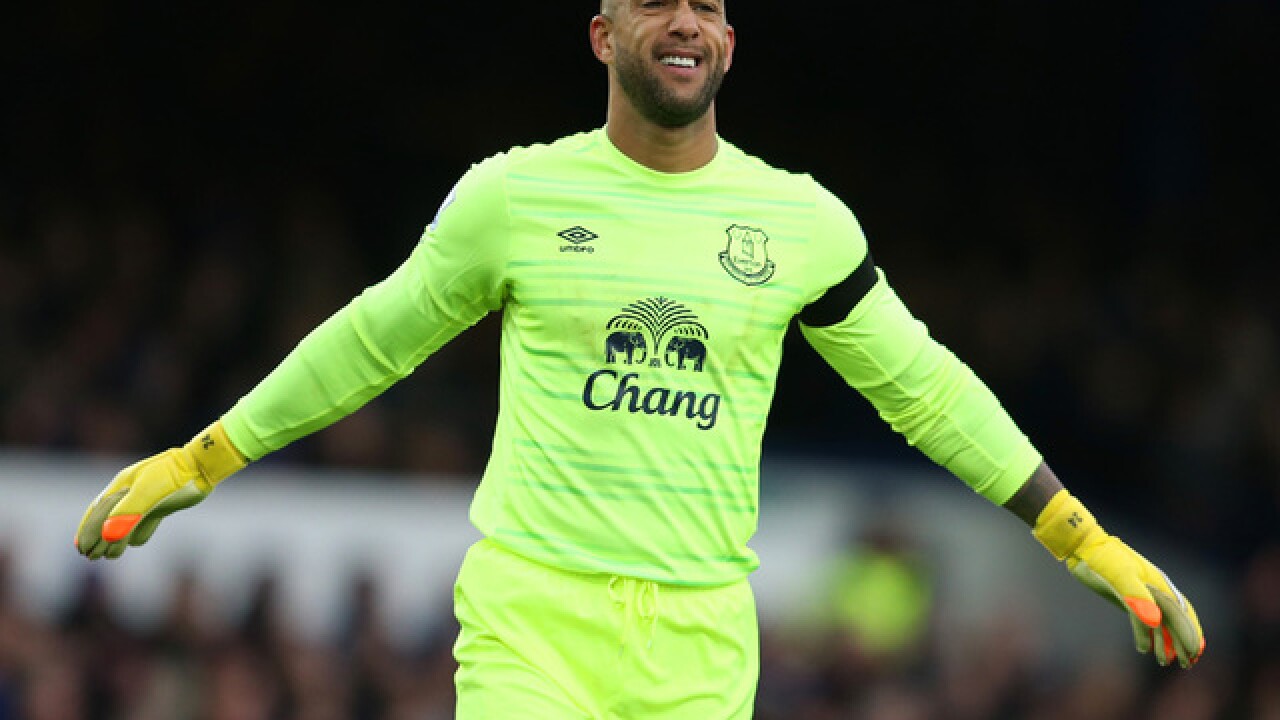 Star goalkeeper Tim Howard is coming back to America after spending 13 seasons abroad in the English Premier League.

Howard, 37, will begin playing for the Colorado Rapids this summer.

Before he settles in Colorado, Howard stopped by "Good Morning America."

While surrounded by screaming fans in Times Square, Howard revealed 10 surprising facts about himself.

4: Favorite Tattoo: Portrait of his 10-year-old and 8-year-old kids.

8: Favorite Childhood Memory: Dancing to '80s music with his mom.