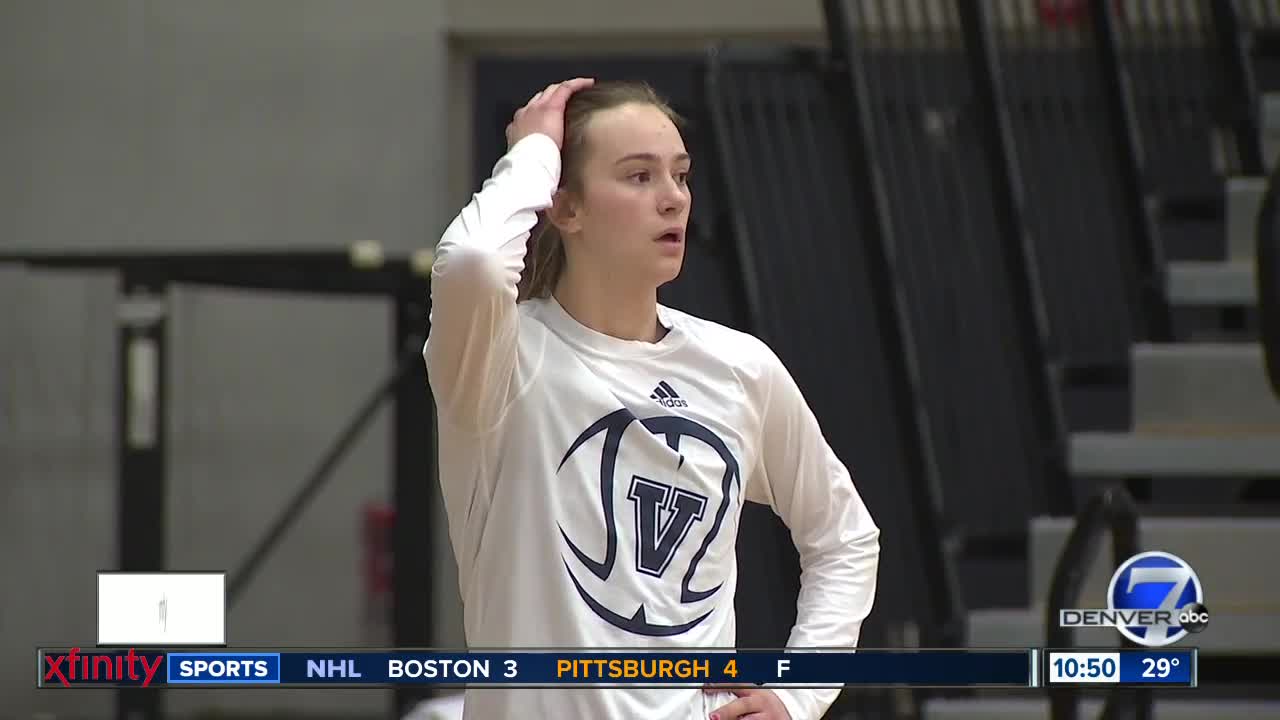 "All the colleges that had been looking at me were from my 8th grade year."

Kindyll Wetta is a basketball prodigy. Before bouncing a ball in the Valor Christian gym, she was being recruited to play in college.

Until game 12 of her freshman year.

"It was right over here in this corner [of the Valor gym,” says Wetta. “I tried to block a shot and as I jumped it popped and I tore my ACL."

Wetta hit the floor, bent over in pain and fear. Teammates carried her to the locker room, later she’d find out she tore the ACL in her left leg.

"I was really enjoying playing basketball,” says Wetta. “It's the moment your life is leading up to, playing high school basketball, so it was definitely devastating."

Devastated, but not broken, Wetta attacked a grueling rehab schedule the same way she attacks defenses. And 51 weeks later she was back on the court.

“[It was] a December day in Las Vegas, non-contact [injury], and she goes to the floor,” says Valor Christian head coach Jessika Caldwell. “You think, can this really happen twice?"

This time it was her right knee.

Two ACL tears in two years, and staring down another round of rehab.

"I mean it's awful,” says Wetta. “It's not something you want to go through once let alone twice. It's very straining, just sitting there especially knowing what your first rehab was and thinking this is what I'm going to have to go through again. It's not fun."

The second time proved to be tougher – both for Wetta and her basketball family.

"OK it happened once,” remembers Karissa Lukasiewicz, a junior forward at Valor and Wetta’s best friend. “She'll recover and get back on the floor. Then the second time was a little harder to watch just because of what she went through the first year."

Caldwell was right. Wetta committed to the second round of rehab and returned to the court for her junior season better than ever.
"I feel great, I really do,” says Wetta. “It's always in the back of my mind, like is it going to happen again. But I always try to have a positive outlook and just remember that if it does I'm going to go through it again and I'm going to be fine."

The support of her Valor teammates made the dark times less daunting, along with the faith of her future team: the University of Colorado Buffaloes.

“They stuck with me through all the rehab processes while some of the other colleges would say 'oh we're unsure' and I just really appreciated that about them," says Wetta.

The good news for Wetta is she’s made it through 14 games so far – the most she’s ever played in a high school season – and the Eagles are 13-1.

Not bad for a 16-year-old without ACL’s.