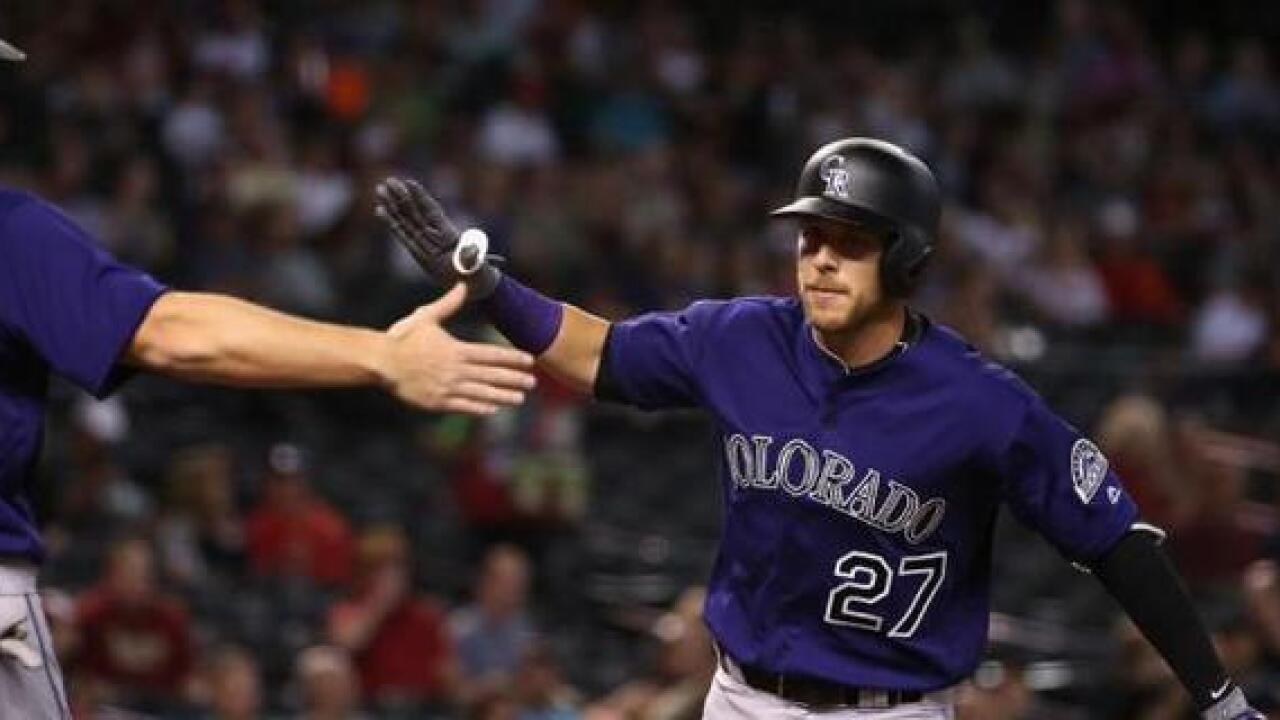 CINCINNATI -- Trevor Story's solo homer snapped a tie in the eighth inning, and Jordan Lyles got his first victory in nearly a year on Monday night, leading the Colorado Rockies to a 5-1 victory over the Cincinnati Reds.

Story added to his incredible rookie start, connecting on the first pitch fromRoss Ohlendorf (2-2) for his NL-leading eighth homer in only 13 games. Ben Paulsen completed the rally with a three-run homer off Jumbo Diaz.

Lyles (1-1) allowed four hits and one unearned run in seven innings for his first win since April 23 last year. He missed most of last season with injuries and had been 0-5 in his last eight starts with an 8.35 ERA. He hadn't lasted five innings yet this season.

The Rockies won for the fifth time in six games. Cincinnati has dropped six of seven, with Ohlendorf taking the loss in each of the last two games.

Dan Straily made his first start of the season as the Reds reshuffle their rotation. They claimed him off waivers from Houston on April 1 and put him in the bullpen as their long reliever. Straily gave up one run and two hits in five innings, throwing 76 pitches.

The Reds tied it with an unearned run in the sixth. Zack Cozart singled with two outs, and Jordan Pacheco doubled to left. Gerardo Parra's throw toward the infield bounced off Story's glove for an error, allowing Cozart to continue home.

Rockies: 2B DJ LeMahieu was out of the lineup because of tightness in his groin, but was available to pinch hit. Adames started at 2B. ... RHP Jon Graywill throw Tuesday to gauge how his strained abdomen is healing.

Reds: RHP Anthony DeSclafani threw 40 pitches of batting practice without any problem. He's been sidelined all season by a strained left oblique. The Reds plan to have him make at least two rehab starts in the minors. ... RHP Homer Baileythrew 35-40 pitches in the bullpen, the latest step in his recovery from Tommy John surgery last season. He'll make at least three rehab starts.

Reds: RHP Alfredo Simon (0-1, 12.50 ERA) makes his third start this season. He retired only two of nine batters at Wrigley Field last Wednesday for the shortest start of his career, then pitched in relief on Friday in St. Louis.