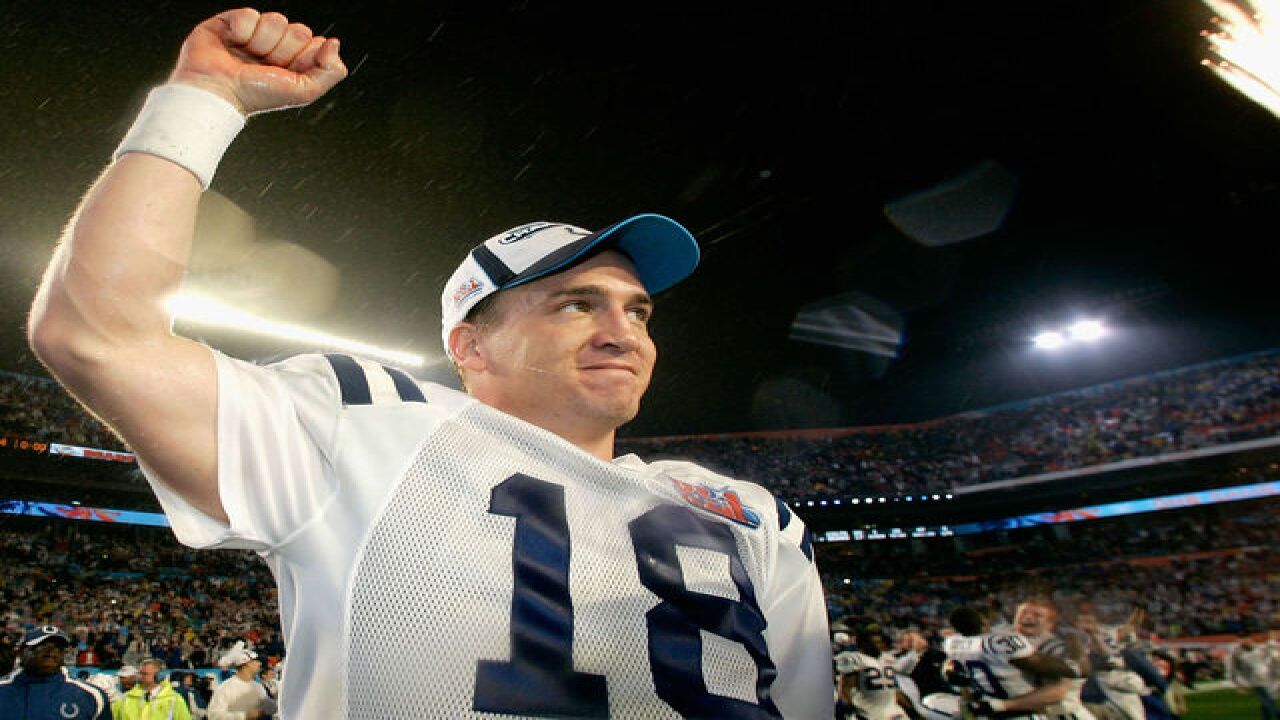 INDIANAPOLIS -- It's difficult to narrow down all of the top moments in Peyton Manning's NFL career. From getting drafted, to breaking numerous records, to Super Bowl wins, he's had a memorable career.

April 18, 1998: Manning's NFL career began when he was drafted by the Indianapolis Colts No. 1 overall. At the time, there was some debate between him and Ryan Leaf on who the team should pick. Colts fans are pretty glad the team went with Manning.

Sept. 6, 1998: Manning started his first NFL regular season game against the Miami Dolphins. The Colts lost, and Manning threw three interceptions, but he also threw for a touchdown and more than 300 yards in the game.

Oct. 6, 2003: In one of his most famous performances, Manning and the Colts came back from a 21-point deficit in the fourth quarter to beat the Tampa Bay Buccaneers in overtime on Monday Night Football. Manning went 34-of-47 for 386 yards in the game.

Jan. 4, 2004: Manning earned the first playoff win of his career on that day. It was a 41-10 win over the Denver Broncos. Manning threw for 377 yards and five touchdowns.

Dec. 26, 2004: Manning broke the record for most touchdown passes in a single season with 49 against the San Diego Chargers. The record-breaker was a 21-yard pass to Brandon Stokley.

Jan. 21, 2007: Manning and the Colts finally beat Tom Brady and the Patriots in the playoffs in a 38-34 comeback win in the 2006 AFC Championship. Manning threw one touchdown and one interception, and ran for another touchdown in the win.

Feb. 4, 2007: Manning got the Colts its first Super Bowl win in Indianapolis with a 29-17 win over the Chicago Bears. He threw one touchdown and one interception and was named Super Bowl MVP.

PHOTOS | Peyton Manning through the years

Sept. 11, 2011: Manning missed his first NFL game since starting in his rookie season, due to neck surgery. Manning didn't return for the rest of the season as the Colts went 2-14.

March 7, 2012: Manning officially said goodbye to Indianapolis and the Colts. The team released him after 14 seasons.

March 20, 2012: The Broncos officially agreed to a contract with Manning. The signing was announced by John Elway, another former Broncos quarterback.

Feb. 2, 2014: The Seattle Seahawks beat the Broncos in the Super Bowl, 43-8. Manning threw one touchdown and two interceptions in the lopsided loss.

Feb. 7, 2016: Manning and the Broncos win the Super Bowl over the Carolina Panthers, 24-10. Rumors circulate after the game of his retirement, but it's another month before his official announcement.

RELATED | End of an Era: Peyton Manning to announce retirement