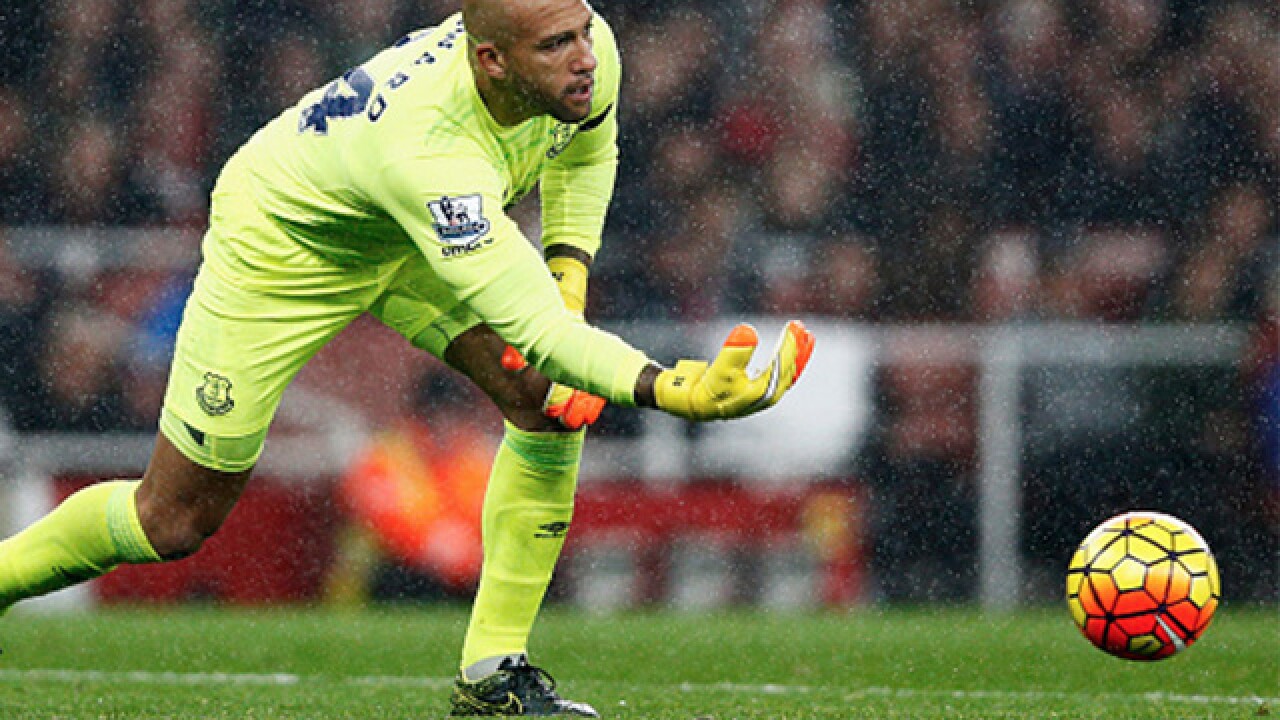 Tim Howard, the longtime U.S. and Everton FC goalkeeper, is officially a member of the Colorado Rapids, the team confirmed Sunday.

He will join the Rapids in July after the conclusion of the English Premier League season.

"It just seemed to be the right move," Howard said in an ESPN interview announcing the signing. "It was an instinctual gut feeling and I'm excited about it.

Howard has been linked with Colorado since January when the Rapids acquired the top slot in the MLS player allocation ranking, which gave the club the first crack at signing the 37-year-old keeper.

“Tim is one of the greatest players this country has ever produced and we are delighted that he chose the Colorado Rapids when he decided to rejoin MLS,” said Tim Hinchey, president of the Colorado Rapids. “We believe he can be an ambassador not only for our club but for the sport of soccer in the U.S. We are truly excited that Tim is a part of our future and on behalf of everyone associated with Kroenke Sports & Entertainment, welcome him to our club.”

ESPN reported Howard's deal runs through 2019 and is worth about $2 million annually.