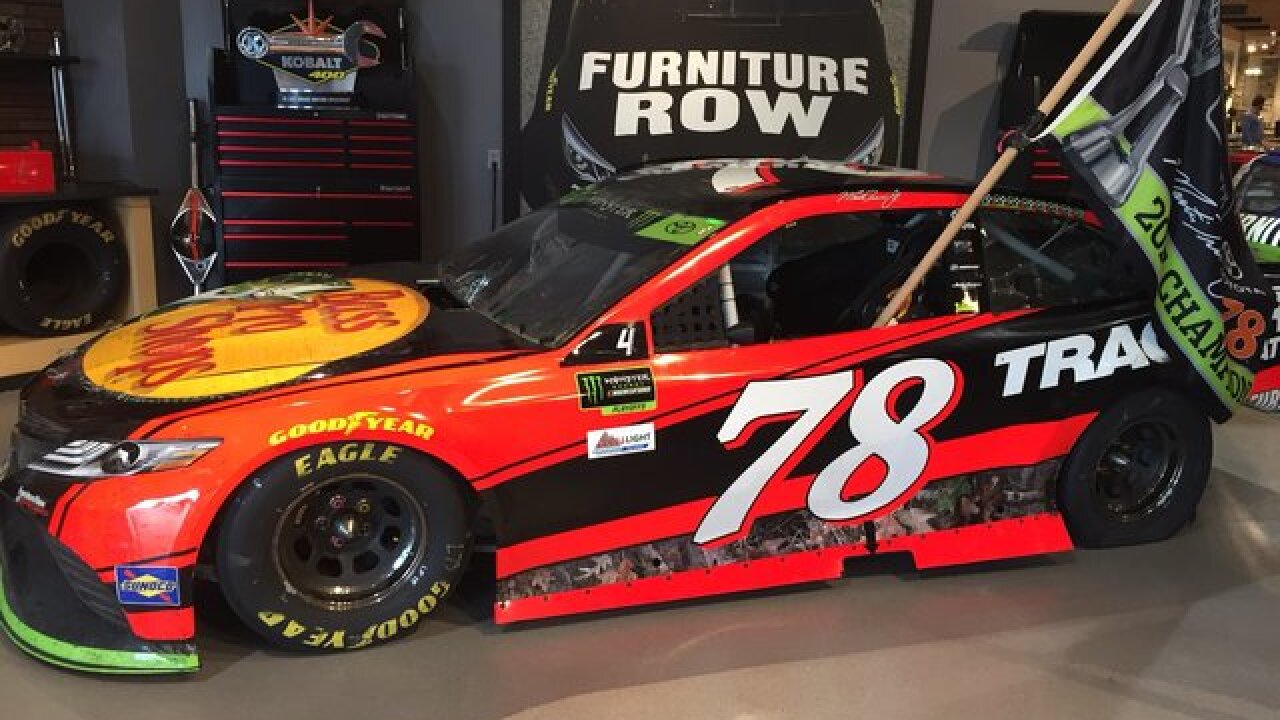 DAYTONA BEACH, Fla. (Feb. 18, 2018) – Martin Truex Jr. restarted second with seven laps remaining in the 2018 NASCAR Cup Series season-opening Daytona 500 but the No. 78 Bass Pro Shops/5-hour ENERGY Toyota was quickly shuffled out of the top 10 and then caught up in a wreck with two laps remaining before limping across the finish line in 18th place.

Time spent on pit road from a punctured oil cooler, front-end damage and a flat right-rear tire put the 2017 NASCAR Cup Series champion two laps down to the leaders but he was able to return to competition and take the checkered flag in overtime.

“Not the day we were looking for,” said Truex. “We were in a good spot there, a really good position with under a few laps to go running under green and the caution came out and changed everything.”

Truex started 24th in the 60th running of The Great American Race and picked up 10 positions in the first seven laps. He cracked the top 10 seven laps later but was shuffled back to 25th place by Lap 32. He radioed crew chief Cole Pearn that the No. 78 Toyota was “drifting” and had “no grip.”

Adjustments made under caution on Lap 52 proved beneficial as Truex restarted seventh on Lap 56 and finished the first 60-lap stage in fifth place. The stage finished under caution due to a multicar crash that resulted in minor damage to the nose of the No. 78 car.

Another multicar crash on Lap 102 found Truex evading three separate incidents and was second when racing resumed on Lap 109. He shuffled throughout the top 10 for the balance of the second stage to finish sixth, earning five bonus championship points.

An issue with the jack and a penalty for an uncontrolled tire during service on Lap 123 left Truex in 14th place for the restart on lap 127. He moved to eighth on Lap 133 and remained there due to single-file racing for the next 13 laps.

A fuel-only stop under caution on Lap 171 put Truex third and he moved to second on Lap 174. Pearn again kept Truex out on the track during a caution on Lap 190 and he restarted there with seven laps remaining in the scheduled 200-lap race.

Truex quickly shuffled back in the field and decided to stay there as the frontrunners made contact with each other almost continuously over the next couple laps. Then, on Lap 199, Truex was unable to avoid another multicar incident and the resulting damage required extensive time on pit road during overtime which dropped him two laps to the leaders. He returned to finish the race during the green-white-checkered finish.

“It was our day for a while and then it wasn’t,” said Truex. “It’s just the way it goes. Superspeedway racing – a lot of it is out of your control. That last caution in hindsight, we probably should have gotten tires. Tried to come up from the back because we were sitting ducks upfront. I’d get back there but didn’t have the speed to get by them. It was just one of those deals where we needed it to stay green to be in a good spot. It just didn’t work out in the end.”

There were 24 lead changes among 14 drivers and eight cautions for 37 laps.

The second race of the 2018 NASCAR Cup Series season is the Feb. 25 Folds of Honor Quiktrip 500 at Atlanta Motor Speedway.