The Colorado Eagles beat the Fort Wayne Komets 4-3 in OT in game 7 of the ECHL Western Con. Finals 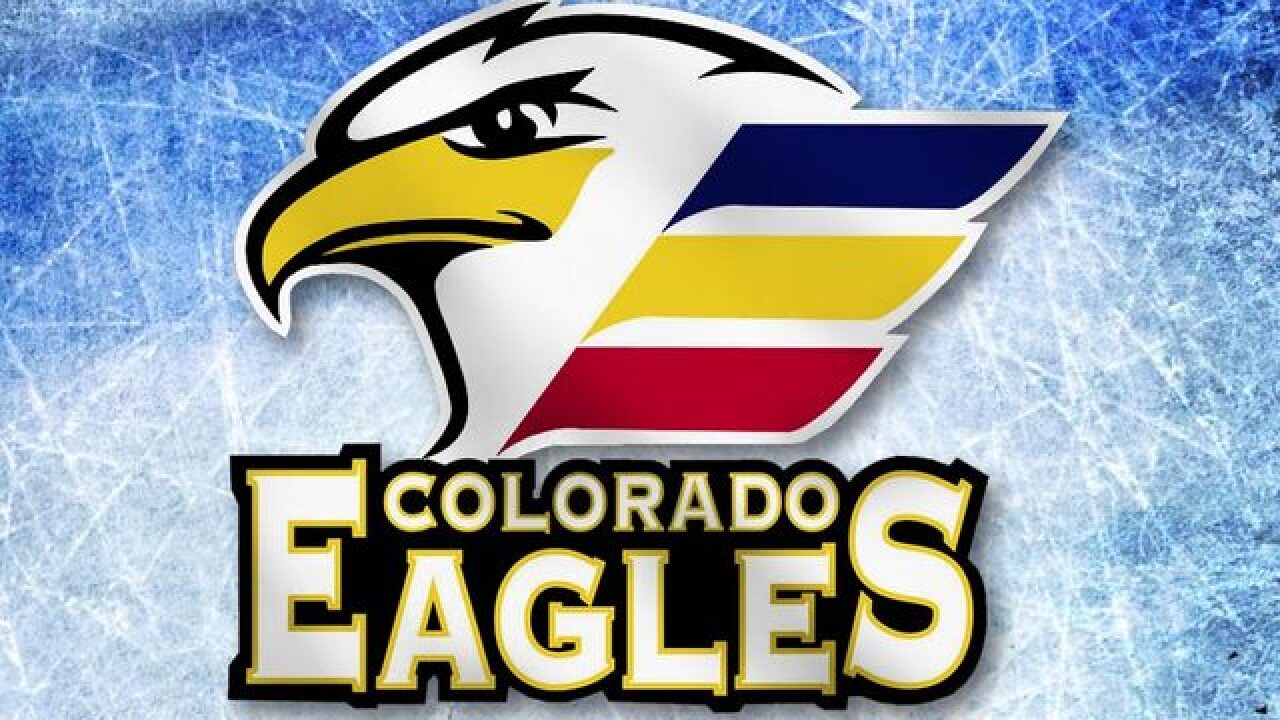 LOVELAND, CO. – Eagles forward Ryan Olsen scored the game-winning goal 10:43 into overtime, as Colorado scored three straight to defeat the Fort Wayne Komets 4-3 in Game Seven of the Western Conference Final on Wednesday. The win gives the Eagles their second consecutive conference championship and now punches their ticket to the Kelly Cup Final where they will face the Florida Everblades. Colorado goaltender Joe Cannata claimed the win in net, making 32 saves on 35 shots in the contest.

Fort Wayne would stake a 1-0 lead just 2:07 into the contest when defenseman Cody Sol lit the lamp with a slapshot from the blue line that would catch the shortside post and hop into the back of the net.

The Eagles would generate an answer less than three minutes later when forward Drayson Bowman snagged a puck off the end wall at the side of the net and fed it past Komets goalie Michael Houser to tie the game at 1-1 at the 4:50 mark of the first period.

As time wound down in the opening 20 minutes, a Colorado turnover at the blueline would set up a 2-on-1 rush that Fort Wayne forward Jamie Schaafsma would bury to give the Komets the 2-1 edge with only 41 seconds left in the period.

The second period would see both teams earn one opportunity on the power play, but neither unit would be able to take advantage, sending the game into the second intermission with Fort Wayne still leading by a score of 2-1. The Komets outshot the Eagles 9-7 in the middle frame after outshooting Colorado 9-5 in the first period of play.

Fort Wayne would expand its lead in the third period when a breakaway for Shawn Szydlowski would see the Komets forward beat Cannata from the slot to stretch the Fort Wayne advantage to 3-1 at the 8:02 mark of the period.

Colorado would chip into the deficit when Collin Bowman fired a pass to the top of the crease where Eagles forward Matt Garbowsky would deflect the puck past Houser to trim the Komets lead to 3-2 with 8:00 left in the third period.

With time starting to wind down in the period, Eagles forward Joey Ratelle would streak through the left circle before blistering a wrister into the back of the net to tie the game at 3-3 with 3:09 remaining in the final stanza.

The deadlock would force overtime for the third time in the series and with 9:26 remaining in the extra session Olsen would collect a puck in the low-slot and bash it past Houser on the power play to give Colorado the 4-3 victory.