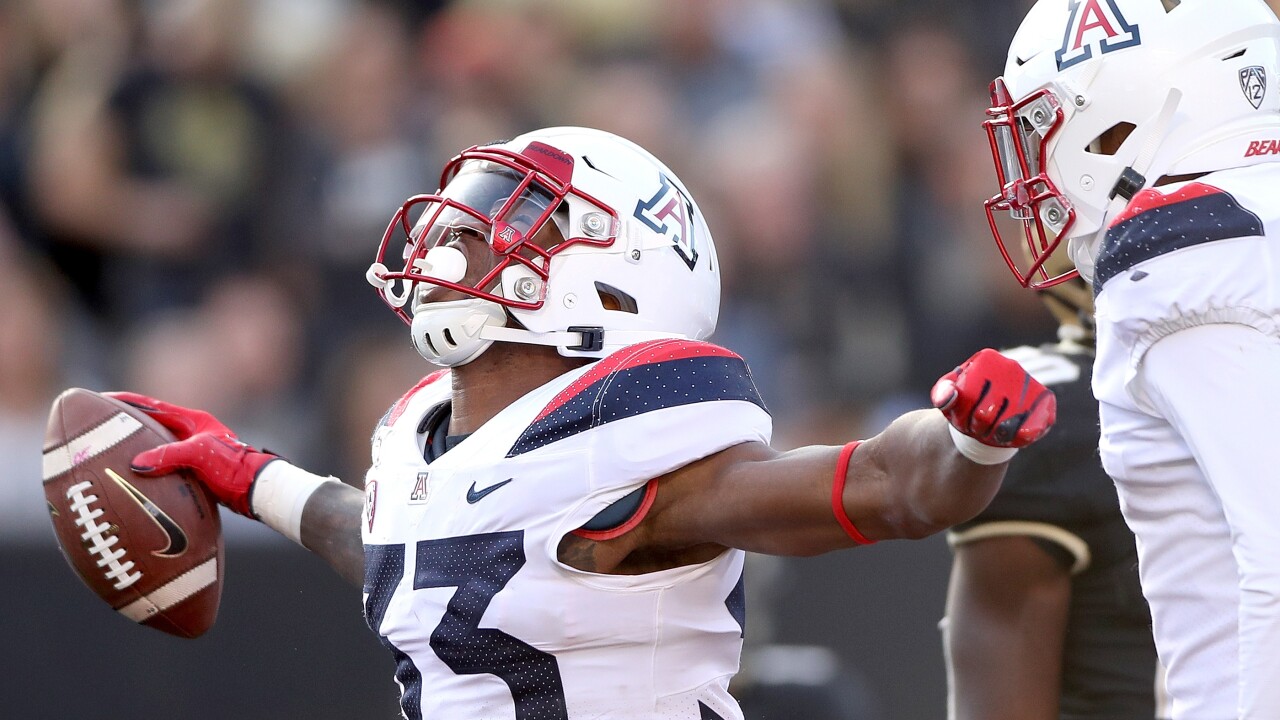 BOULDER, Colo. (AP) — Khalil Tate threw for 404 yards and three touchdowns in his return from a leg injury and Arizona used stops at the goal line and midfield on Colorado's final two drives to wrap up its 35-30 win on Saturday.

Tate completed 31 of 41 passes and only ran four times, including a 7-yard scamper on third-and-6 from midfield in the closing minutes that allowed Arizona (4-1, 2-0) to run out the clock and leave Folsom Field as the Pac-12 South's last unbeaten team.

The Buffaloes (3-2, 1-1) sorely missed star receiver Laviska Shenault (core muscle injury), who sat out, as well as safety Mikial Onu, who had a first-half interception but left on the first defensive series of the second half with a torso injury.

Without him, the Buffs surrendered three second-half touchdowns after taking a 20-14 halftime lead.

The Wildcats weren't whistled for a penalty until the final play of the third quarter — offside — during the Buffalos' longest drive of the day, a 14-play marathon that stalled with Colorado failing to score on three plays from inside the Arizona 5.

They settled for James Stefanou's 20-yard field goal and a 30-28 lead.

That stall proved costly when the Wildcats responded with Nathan Tilford's 5-yard TD run that put Arizona on top 35-30 with 6:51 left.

The Buffaloes drove to midfield and converted a fourth down but on third-and-4 from the Arizona 46, quarterback Steven Montez didn't recognize two open receivers on slant routes up the middle when the Wildcats blitzed two linebackers. Instead, he overthrew a receiver on a go-route.

His fourth-down throw to Dimitri Stanley was too high and Arizona took over at with 2:23 remaining, then sealed the win on Tate's 7-yard keeper with less than a minute left.

Montez completed 28 of 42 passes for 299 yards and a TD with Tony Brown catching 10 passes for 141 yards, and Stanley four for 75 yards and a touchdown.

The Buffaloes were whistled eight times for 85 yards in penalties and the Wildcats just once for 5 yards.