Strong run ends in frustration for Truex Jr. at Bristol 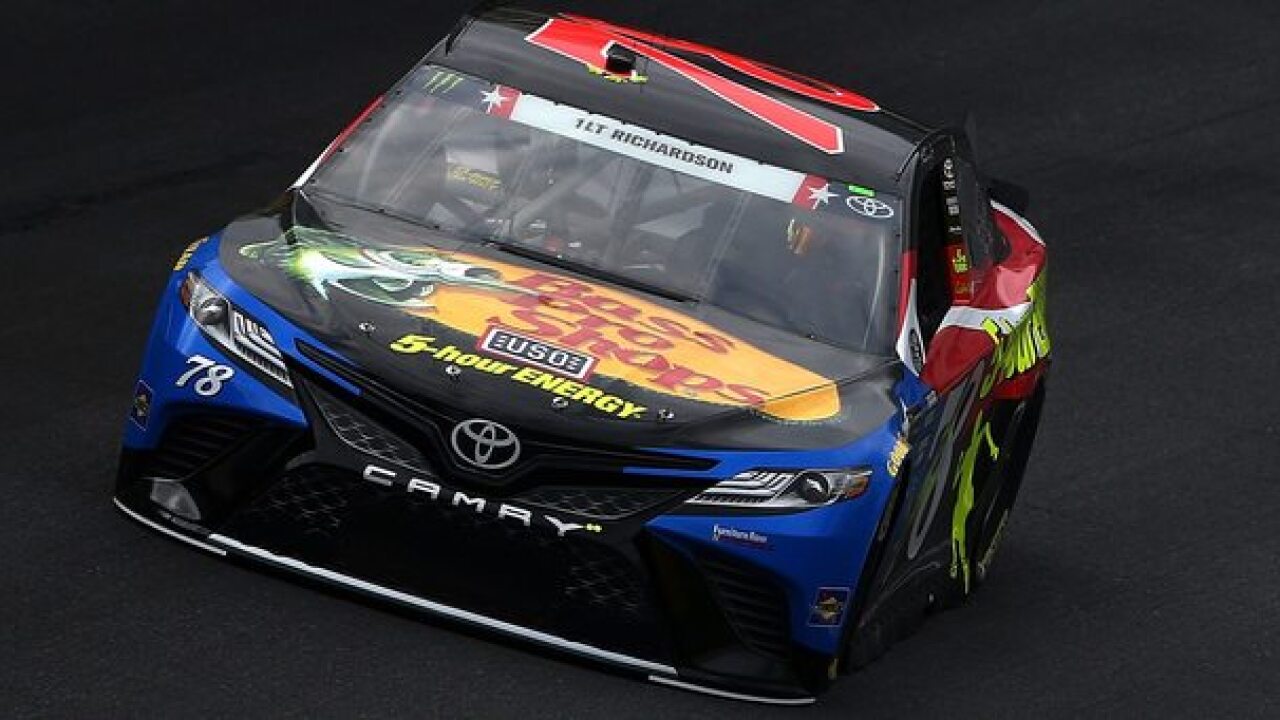 While running a close second with 67 laps remaining in the 500-lap race at the half-mile short track, Truex’s day took a premature ending when he spun and hit the wall as a result of getting clipped by the No. 18 car (Kyle Busch). He was credited with a 30th-place finish.

Truex made a remarkable recovery to the front of the pack after being collected in a Lap 2 accident that resulted in right-front damage to his Bass Pro Shops/Ducks Unlimited Toyota.

The Furniture Row Racing driver eventually fell a lap down due to the early accident and unscheduled pit stops. But once Truex got back on the lead lap after the first stage, his car started to pick up the pace, thanks to a number of handling adjustments called for by crew chief Cole Pearn.

“It’s just Bristol,” said a frustrated Truex. “Trying to get that first short track win. This place has been so hard on us. I mean I can’t even explain it to you how good we’ve run here in the past three or four years and crap like this happens every single time. It’s like just one thing after another. Sucks that it happened, but at the end of the day it’s racing at Bristol.

”He (Busch) probably could’ve shown a little bit more patience. He was a lot faster than me at that point in time. He just caught me and probably another lap or so he would’ve gone right by. Half his fault and half my fault for following the 14 (Clint Bowyer) for so long.”

Truex made a few attempts to pass Bowyer for the lead but couldn’t quite clear him. He patiently hung back, positioning himself for another strike at the lead.

With two races remaining before the playoffs begin, Truex remains third in both driver and playoff points.

The Bass Pro Shops NRA Night Race had nine cautions for 70 laps and there were 19 lead changes among nine drivers.

The NASCAR Cup Series has next weekend off and will resume action Sunday night Sept. 2 – The Southern 500 at Darlington (S.C.) Raceway.