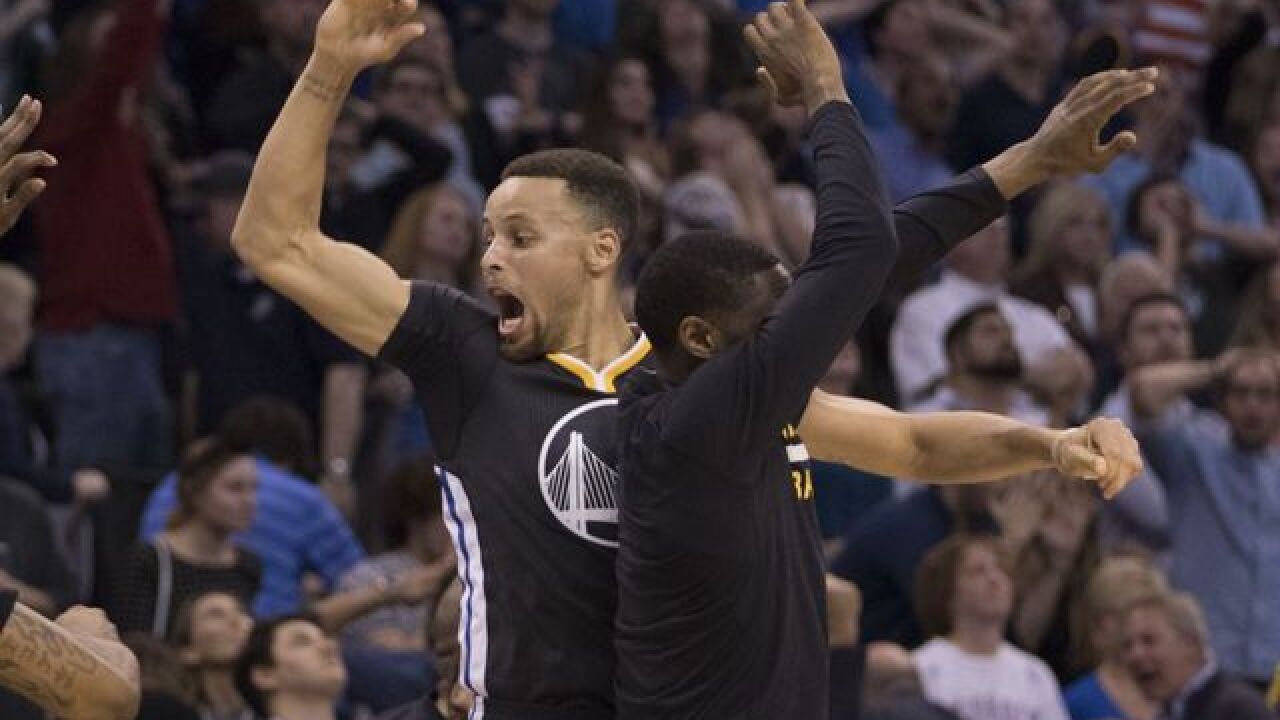 SAN ANTONIO (AP) -- Stephen Curry had 37 points and the Golden State Warriors beat the San Antonio Spurs 92-86 Sunday night for their 72nd victory this season, tying the 1995-96 Chicago Bulls for the single-season record.
The Warriors finish their regular season at home against the Memphis Grizzlies on Wednesday night.
The Spurs had won 48 consecutive regular season games at home, including an NBA-record 39 straight to begin this season. Golden State ended a 33-game skid in San Antonio that dated to 1997.
Golden State dominated the fourth quarter. Curry controlled the action with a series of layups when San Antonio's defense attempted to run him off the 3-point line.
LaMarcus Aldridge had 24 points for San Antonio, which had not lost at home since March 2015.
Associated Press 2016