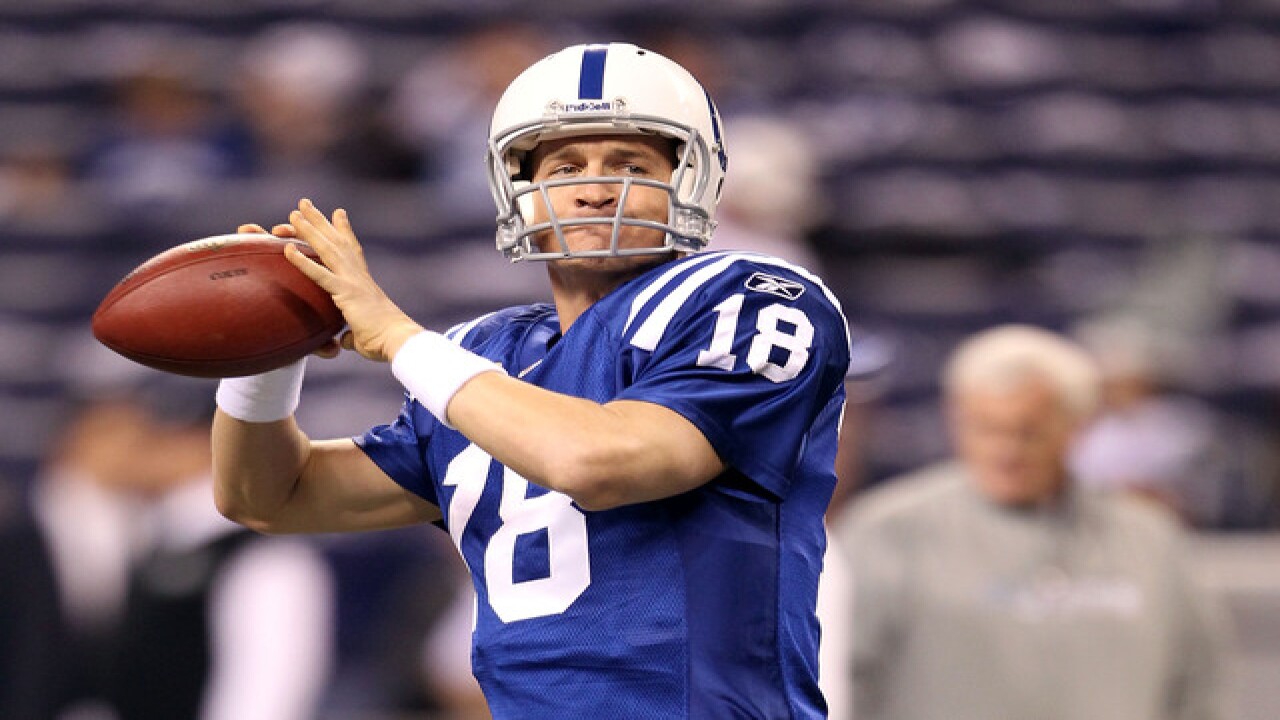 Andy Lyons
<p>INDIANAPOLIS, IN - JANUARY 08: Peyton Manning #18 of the Indianapolis Colts warms up against the New York Jets during their 2011 AFC wild card playoff game at Lucas Oil Stadium on January 8, 2011 in Indianapolis, Indiana. (Photo by Andy Lyons/Getty Images)</p>

Peyton Manning is unquestionably one of the best to ever play in the NFL, but where exactly does he fall with some of the NFL's all-time greats?

Here's a look at how Manning's career numbers stack up with the best in NFL history.

Games started: Manning is sixth with 265 starts. Quarterback Brett Favre, recently elected to the Hall of Fame, is first with 298.

Games played: Manning is 23rd in this statistic. Eight of the top 10 of this category are kickers.

MVP awards: Manning has five MVPs to his name, two more than the next highest. No. 2 is a tie between Jim Brown, Favre and Johnny Unitas.

Pass completions: Manning is also second in completions. He has about 150 fewer than Favre. Drew Brees is about 800 behind Manning at the No. 3 spot.

Passing yards: Manning passed Favre this season to become the all-time leader in passing yards with 71,940, which is about 100 yards ahead of Favre. Brees is fourth with about 61,000.

Passing touchdowns: Manning has a pretty wide lead over the rest of the pack in this statistic. He is 31 touchdowns ahead of Favre, and more than 100 more than Brees and Tom Brady, who tie for No. 3.

Game-winning drives: Manning is No. 1 in NFL history in this statistic with 56. Brady, currently at No. 3, is hot on his trail with 48.

Interceptions: Not a category you'd want to rank highly in, Manning has been picked off 251 times in his career, which is ninth all-time. Favre is No. 1 with about 60 more interceptions more than the next player.

Sacks: Manning has always been good at avoiding pressure, knowing just when to get rid of the ball to avoid a sack. He ranks 44th in sacks with 303. His brother, Eli Manning, has more career sacks, despite six fewer years in the league. No. 1 in sacks? You guessed it. Favre.