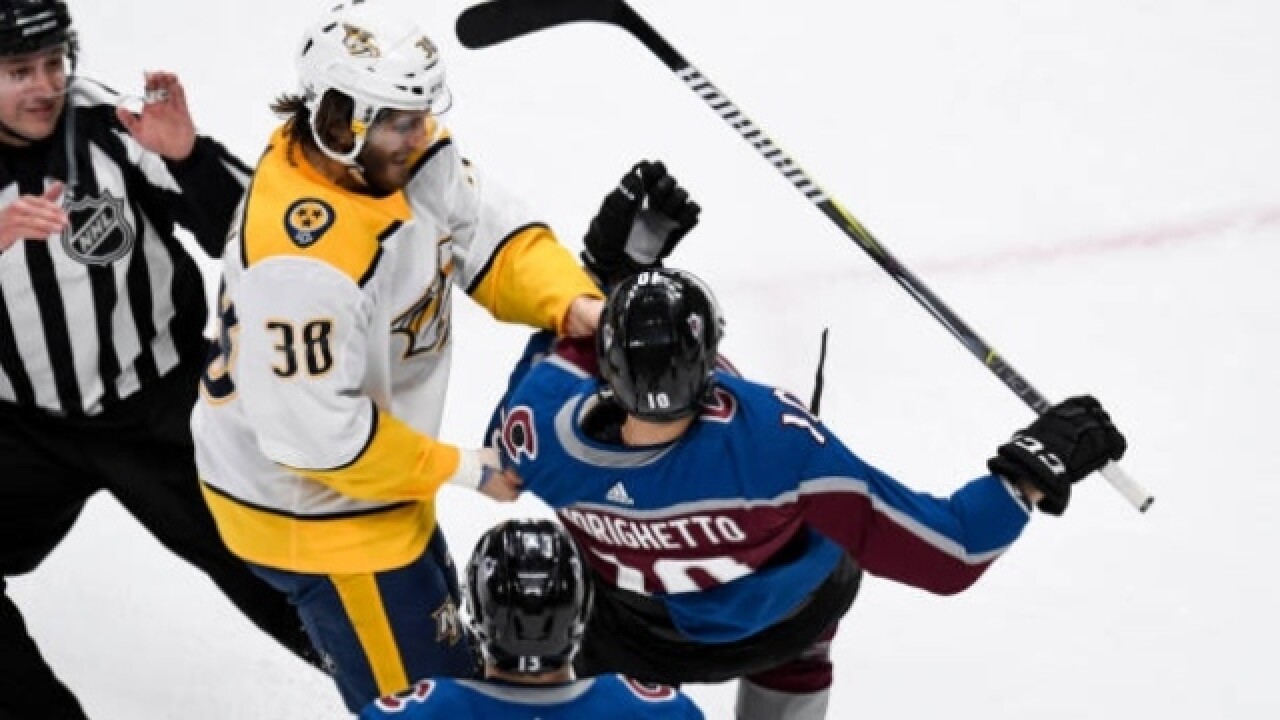 NASHVILLE, Tenn. (AP) -- The NHL has suspended Nashville Predators forward Ryan Hartman for Game 5 against the Colorado Avalanche for an illegal check to the head of Carl Soderberg.

The league's Department of Player Safety issued the suspension Thursday after a hearing.

Hartman was penalized for charging Soderberg at 4:52 of the third period. Soderberg was skating across the blue line and had just passed the puck to a teammate when Hartman hit him in the head.

The NHL noted Hartman took a poor angle and picked Soderberg's head for the main point of contact and then delivering a hit "with substantial force."

Hartman has been fined once in his 162-game NHL career. The Predators lead their first-round, best-of-seven series 3-1 and can clinch Friday night at home.