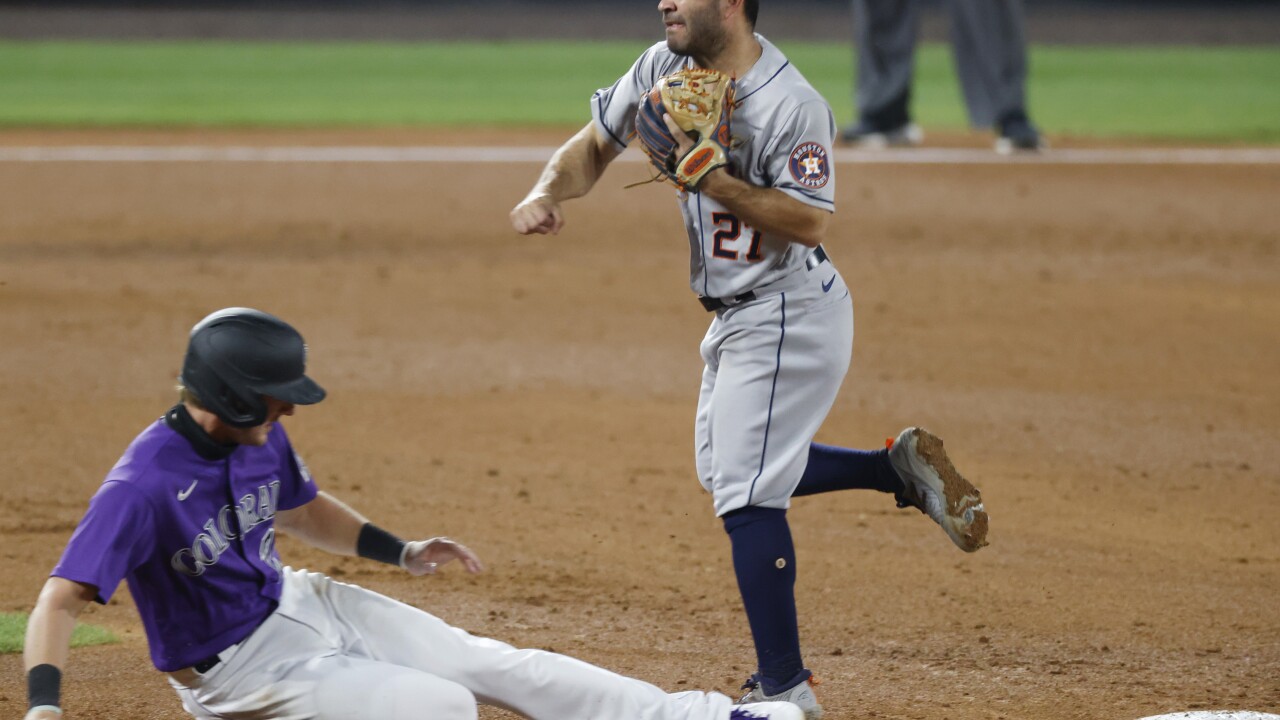 David Zalubowski/AP
Houston Astros second baseman Jose Altuve, right, throws to first base after forcing out Colorado Rockies' Ryan McMahon at second base on the front end of a double play hit into by Drew Butera in the fifth inning of a baseball game Wednesday, Aug. 19, 2020, in Denver. (AP Photo/David Zalubowski)

The Astros had a season-high 20 hits to back a strong outing from Framber Valdez.

Houston third baseman Alex Bregman left the game with a leg injury after doubling to right field to lead off the fourth inning.

He started limping as he approached first, jogged to second base and immediately was removed from the game.