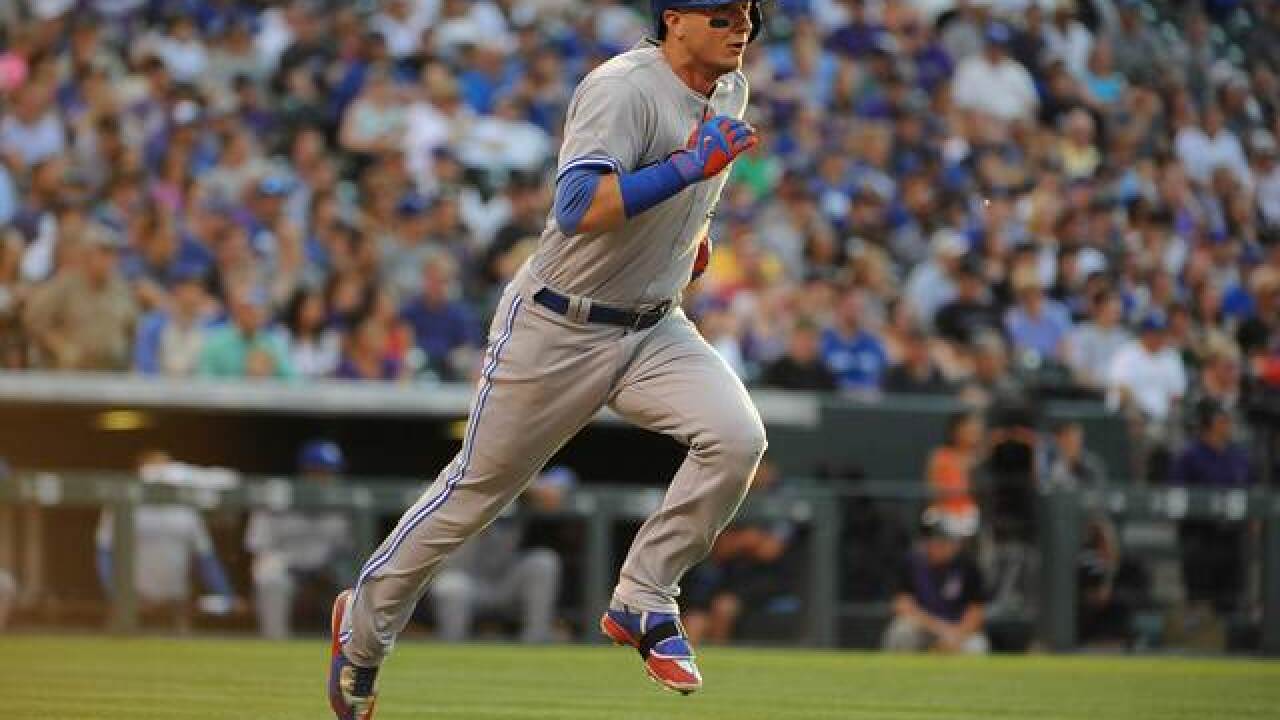 Troy Tulowitzki homered to ignite a go-ahead, six-run fourth inning and the former Rockies star helped the Blue Jays win in Denver for the first time as Toronto beat Colorado 14-9 early this morning in a game that began with a lengthy delay because of severe weather.

Rain and hail came down on Coors Field in a fierce, hour-long downpour, leading to heavy runoff into the Rockies' dugout and clubhouse tunnel that caused some flooding. Shovels, squeegees, brushes and an air blower were used to prepare the field, and the first pitch came at 9:21 p.m., after a delay of 2 hours, 41 minutes.

Both teams came out swinging, combining for 32 hits and 23 runs.

Trailing 4-1, Toronto broke through in the fourth, starting with Tulowitzki's drive off Eddie Butler (2-5) leading off the inning.