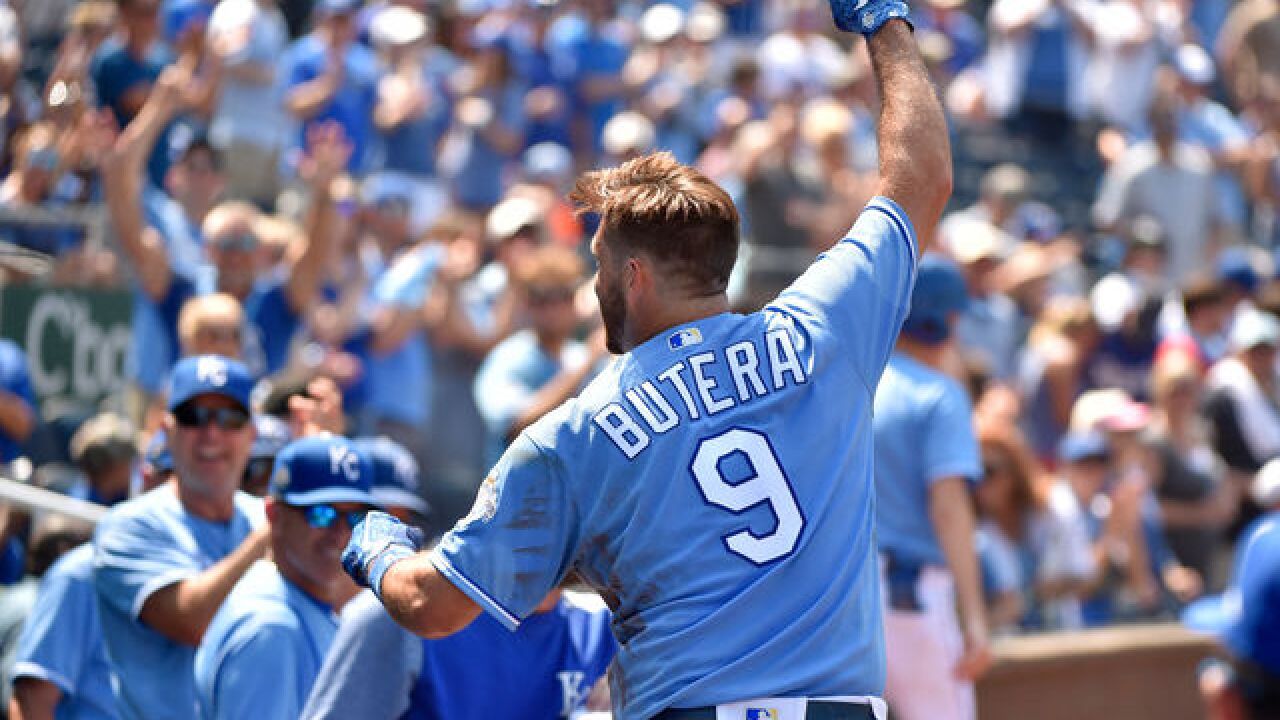 2018 Getty Images
Ed Zurga
<p>KANSAS CITY, MO - JULY 22: Drew Butera #9 of the Kansas City Royals celebrates as he gets a standing ovation after hitting a three-run inside-the-park home run in the seventh inning against the Minnesota Twins at Kauffman Stadium on July 22, 2018 in Kansas City, Missouri. (Photo by Ed Zurga/Getty Images)</p>

KANSAS CITY, Mo. (AP) — The Rockies acquired Drew Butera from the Kansas City Royals on Friday, giving Colorado a veteran backup catcher as they try to chase down the Arizona Diamondbacks in the NL West.

Butera was in his fourth season with the Royals, where he served as the backup to six-time All-Star Salvador Perez. He was hitting just .188 with two homers and 18 RBIs in 52 games, but will be remembered by Kansas City fans for catching the final out of the Royals' 2015 World Series championship.

Colorado began the day 1 1/2 games behind the Diamondbacks in the division race.

The 26-year-old Vasto has spent most of this season at Triple-A Albuquerque, going 2-1 with a 3.16 ERA in 37 relief appearances. He made his big league debut on June 10 in a game against Arizona.