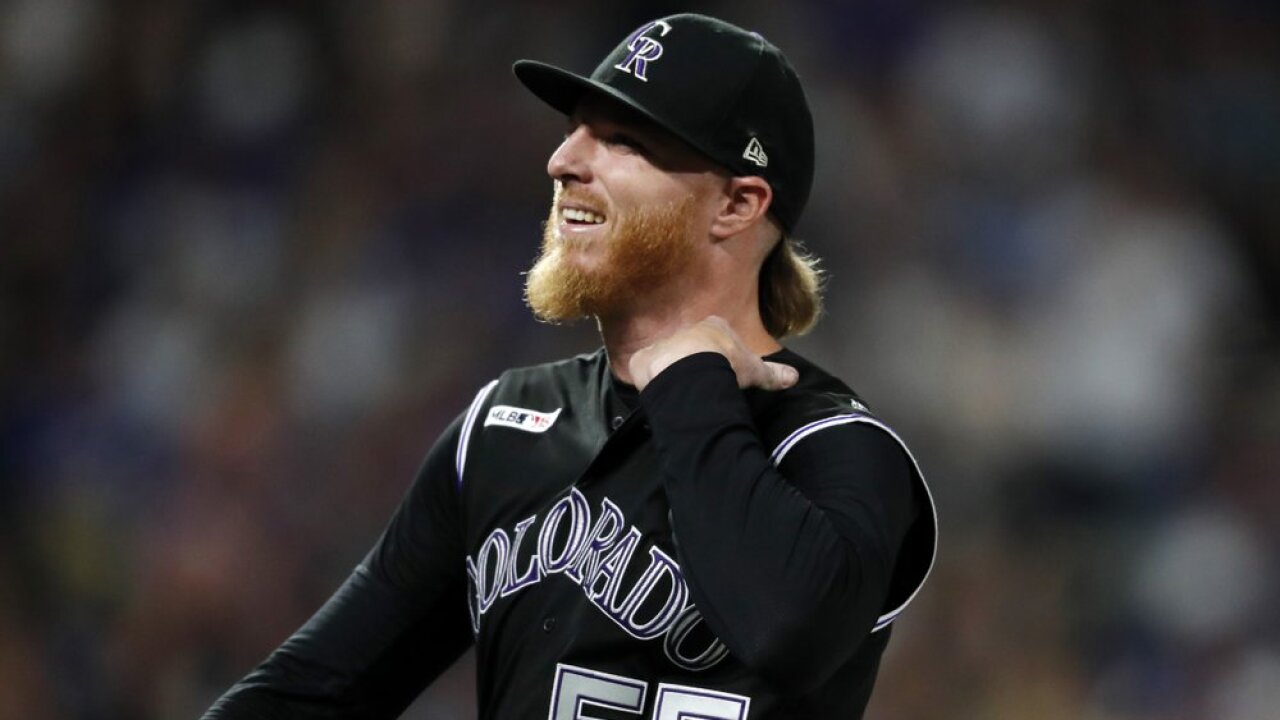 Jon Gray allowed three hits over eight innings to win for the first time in a month, and the Colorado Rockies beat the Los Angeles Dodgers 9-1 Monday night for just their third win in 11 games this season against the NL champions.

Nolan Arenado had a two-run single in a five-run fifth inning, David Dahl hit a two-run homer into the right field second deck in the eighth, and Ian Desmond finished a home run short of the cycle. Colorado was 44-39 going into the final day of June but has won just six times in its last 24 games.

Gray (10-7) allowed one run, struck out six and walked three, joining Jorge De La Rosa as the only pitchers in team history with at least 10 wins in four seasons -- Gray has done it four years in a row. He had been 0-2 in four starts since beating the Dodgers at home on June 29.

He walked his first two batters in the second inning before striking out the side and didn't allow a run until the eighth, when Will Smith doubled and scored on Joc Pederson's infield groundout.

Kenta Maeda (7-8) allowed six runs and seven hits in four-plus innings for the Dodgers, who lead the NL West by 14 games over second-place San Francisco. He had been 5-1 with a 3.12 ERA in 10 previous games at Coors Field, including seven starts.

Raimel Tapia hit a go-ahead single in the second, and the Rockies sent 11 batters to the plate in the fifth. The first seven reached against Maeda.

Dahl had an RBI single, Arenado's single boosted the lead to 4-0 and Ryan McMahon chased Maeda with a two-run double.

Dodgers: RHP Dylan Floro threw a bullpen session and could be activated as soon as Wednesday. He went on the IL on July 19 because of neck inflammation. ... INF/OF Kike Hernandez was placed on the 10-day IL with a sprained left hand. Utilityman Kristopher Negron was added to the roster, a day after he was acquired from Seattle for minor league INF Daniel Castro.

Rockies: RF Charlie Blackmon was given the night off to rest a sore back. He experienced back spasms during a postgame workout Sunday.

Colorado LHP Kyle Freeland (2-8, 7.00 ERA) starts Tuesday. He is 0-2 with a 6.43 ERA since rejoining the Rockies after a five-week stay in the minors. LHP Julio Urias was likely to start for the Dodgers.