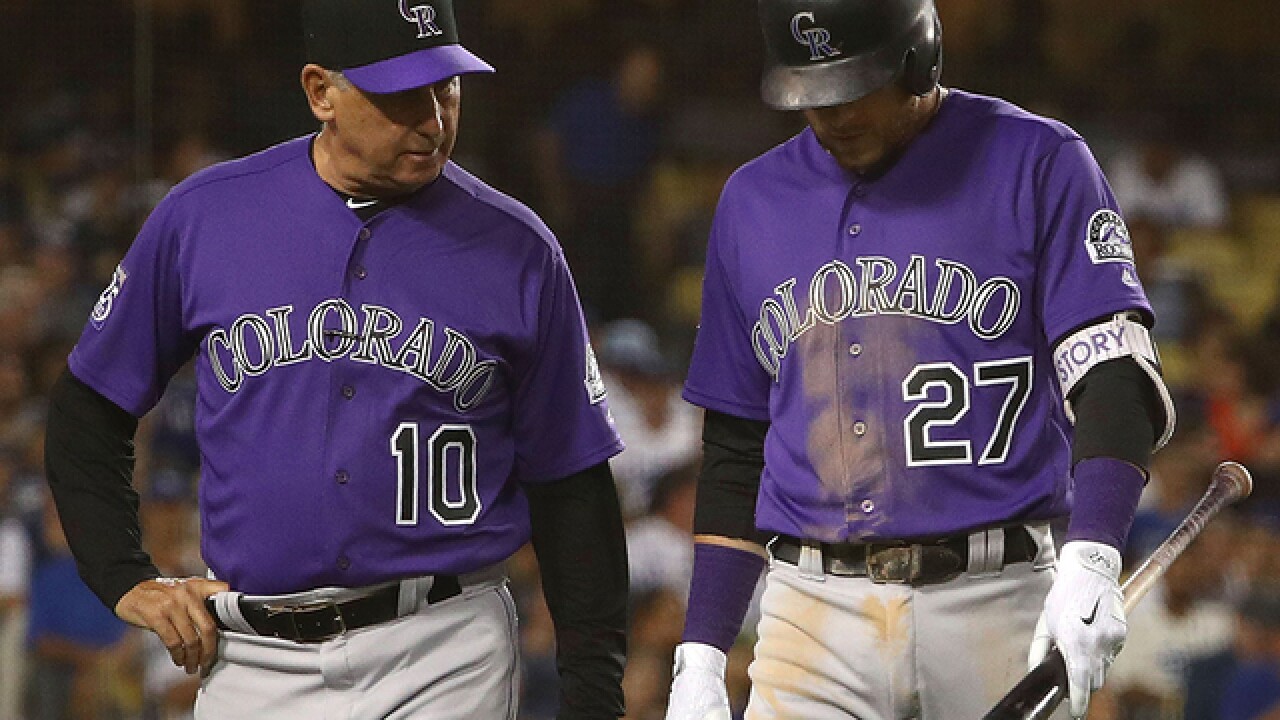 Getty Images 2018
<p>LOS ANGELES, CA - SEPTEMBER 17: Manager Bud Black #10 of the Colorado Rockies walks with Trevor Story #27 back to the dugout after Story left his at-bat injured and replaced by Pat Valaika #4 (not in photo) during the fourth inning of the MLB game against the Los Angeles Dodgers at Dodger Stadium on September 17, 2018 in Los Angeles, California. (Photo by Victor Decolongon/Getty Images)</p>

LOS ANGELES (AP) — Colorado Rockies shortstop Trevor Story has been removed from a critical game against the Los Angeles Dodgers with an elbow injury.

Story hurt his right elbow on a throw to first base in the first inning Monday night and aggravated it when he swung and missed at a pitch in the fourth. He walked a few steps up the third base line, got into a crouch and leaned on his bat as he was met by manager Bud Black and a trainer.

The All-Star slugger exited after a short conversation. Pat Valaika finished the at-bat by flying out to left field.

The severity of Story's injury was unclear, and more tests were scheduled for Tuesday.

Colorado lost 8-2, dropping a half-game behind the Dodgers for first place in the NL West.

Story this season became the first major league shortstop with at least 40 doubles, 30 home runs and 25 steals. His 33 homers are the most by a shortstop in club history.