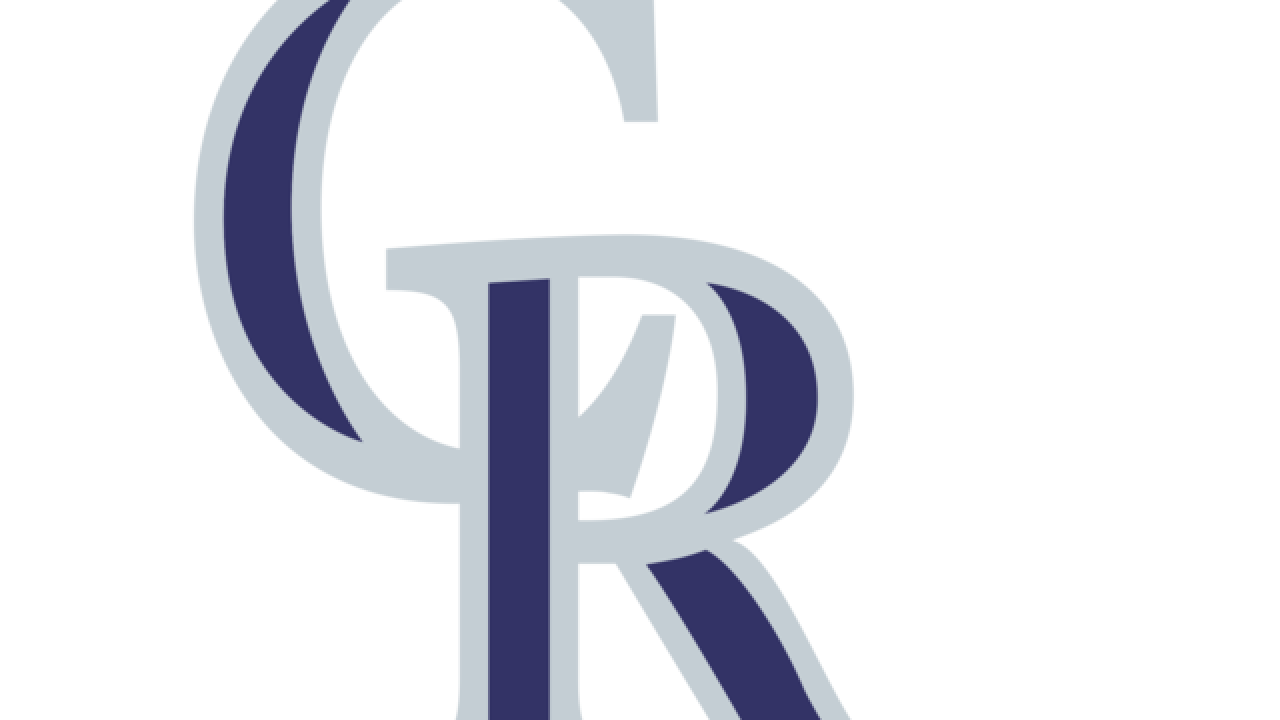 ATLANTA (AP) — The Colorado Rockies struck for three runs with two outs in the ninth inning, then DJ LeMahieu homered over the center field wall in the 10th Saturday night in a 5-3 win over the Atlanta Braves.

Fill-in closer A.J. Minter came in with a 3-0 lead to begin the ninth and retired the first two Colorado batters. But the Rockies followed with four straight hits off him, including a two-run double by Ian Desmond and a tying single by pinch-hitter Gerardo Parra.

Minter has been Atlanta’s closer since Arodys Vizcaino went on the disabled list last month with shoulder trouble.

LeMahieu hit his 10th homer with one out in the 10th off Luke Jackson (1-1). Carlos Gonzalez followed with a double and scored on Nolan Arenado’s single.

The Braves stranded a runner at third base in the ninth when Adam Ottavino (5-2) struck out Dansby Swanson to end the inning. Wade Davis pitched the 10th for his 34th save.

The Rockies have won the first three games of the four-game series to stay close to NL West-leading Arizona. The NL East-leading Braves remained one-half game ahead of second-place Philadelphia.

Nick Markakis drove in two runs with a bases-loaded single off Antonio Senzatela with two outs in the third inning. Ronald Acuna Jr. had three hits and walk, scored twice and stole a base. walk. Acuna singled, stole second and scored on Freddie Freeman’s single off Bryan Shaw in the eighth.

Acuna extended his Atlanta franchise-record streak to reaching safely in nine consecutive plate appearances leading off a game when he singled in the first inning. He has four homers, three singles, one walk and a hit by pitch when leading off games over that span.

There was occasional light rain but no delay following an afternoon of sometimes heavy downpours. Despite the threatening weather, the sellout of 42,143 set a SunTrust Park record.

Rockies: INF Pat Valaika was optioned to Triple-A Albuquerque to clear a roster spot for Senzatela, who had been on the 10-day disabled list since Aug. 5 with right shoulder inflammation.

Braves: RHP Anibal Sanchez (6-3, 3.07) will try to extend his perfect career record against the Rockies. Sanchez is 4-0 with a 1.99 ERA in six career starts against Colorado.